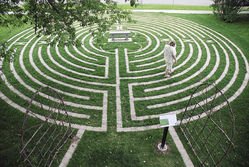 The winding, grassy path of the labyrinth is an ancient route to contemplation and spiritual reflection. | Photo by Elle Andra-Warner

North Americans are discovering the ancient practice of labyrinth walking for contemplation, meditation, spiritual renewal, and healing. Labyrinth walking is a walking tradition that goes back thousands of years. In Thunder Bay, as part of its 100th anniversary centennial celebration, St. Paul’s Anglican Church has constructed a classic, 11-circuit labyrinth on the northeast corner of its gardens.

“We invite anyone to come and walk the labyrinth, anytime,” said Reverend Deborah Kraft, the Rector at St. Paul’s. “Walking the labyrinth is different for everyone. There is no right or wrong way to walk–or even dance or run–the labyrinth.”

Opened to the public last year as a gift to the community, the Thunder Bay labyrinth replicates the most famous labyrinth in the world, the Chartres “Rose” Labyrinth embedded in the stone floor of the historic Chartres Cathedral in France. Completed in the year 1205, the Chartres Labyrinth is 42.3 feet in diameter with an 858-foot long meandering pathway.

Like the spiral shape in nature, a labyrinth is a pattern with a single winding path that leads from the entrance to the centre. All labyrinths are unicursal, meaning they only have one path (mazes are multicursal). Labyrinth symbols have been used for over 4,000 years in rituals, art and manuscripts in countries and cultures all over the world.

While medieval labyrinths became symbols of Christianity, ancient labyrinth walking was often associated with seeking protection. For example, fishermen walked stone labyrinths in Scandinavia and the Baltic Sea to protect against storms, ward off evil spirits, and ensure an abundant catch and a safe voyage home.

What draws people today to labyrinth walking? Roger Ferré, director of the St. Louis Labyrinth Project, is quoted as saying, “Walking the labyrinth is another way of tapping into forces beyond our normal conscious mind. It takes us to some ancient part of ourselves, as old as the turning of the plants and the stars, as old as the goddess and earth energies, back when night was dark, when people knew the sky and nature was part of us, and we of it. This is something lost in our modern world and the imbalance that it causes cries out for resolution. That’s why the labyrinth touches so many people so forcefully.”

At St. Paul’s Anglican Church, the decision to build a labyrinth came from their Gardening Committee, which was looking at what to do with the ground space beside the church.

Alison Arthur, the Garden Committee Chair, explained, “Back in the 1920s, the space had been a tennis court….More recently, a big play area with sunken ground, old grass and shrubs. At one point, a parking lot was considered, but then someone suggested a labyrinth and the idea took off from there.”

Constructed by Landale Landscape Management, the grass labyrinth pathway is divided by path markers, some engraved, of tumbled red stone bricks. In the centre, a resting stone bench has been installed.

Open to the public, the labyrinth is located on the edge of church grounds on the corner of Ridgeway and Archibald streets. To find the church, take Arthur Street to Archibald and turn south. Ridgeway is one block south of Arthur Street. Thunder Bay Regional Hospital is nearby. 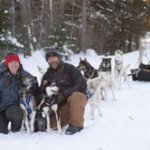 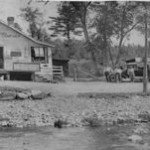 A Visit to Minnesota’s Oldest Co-op