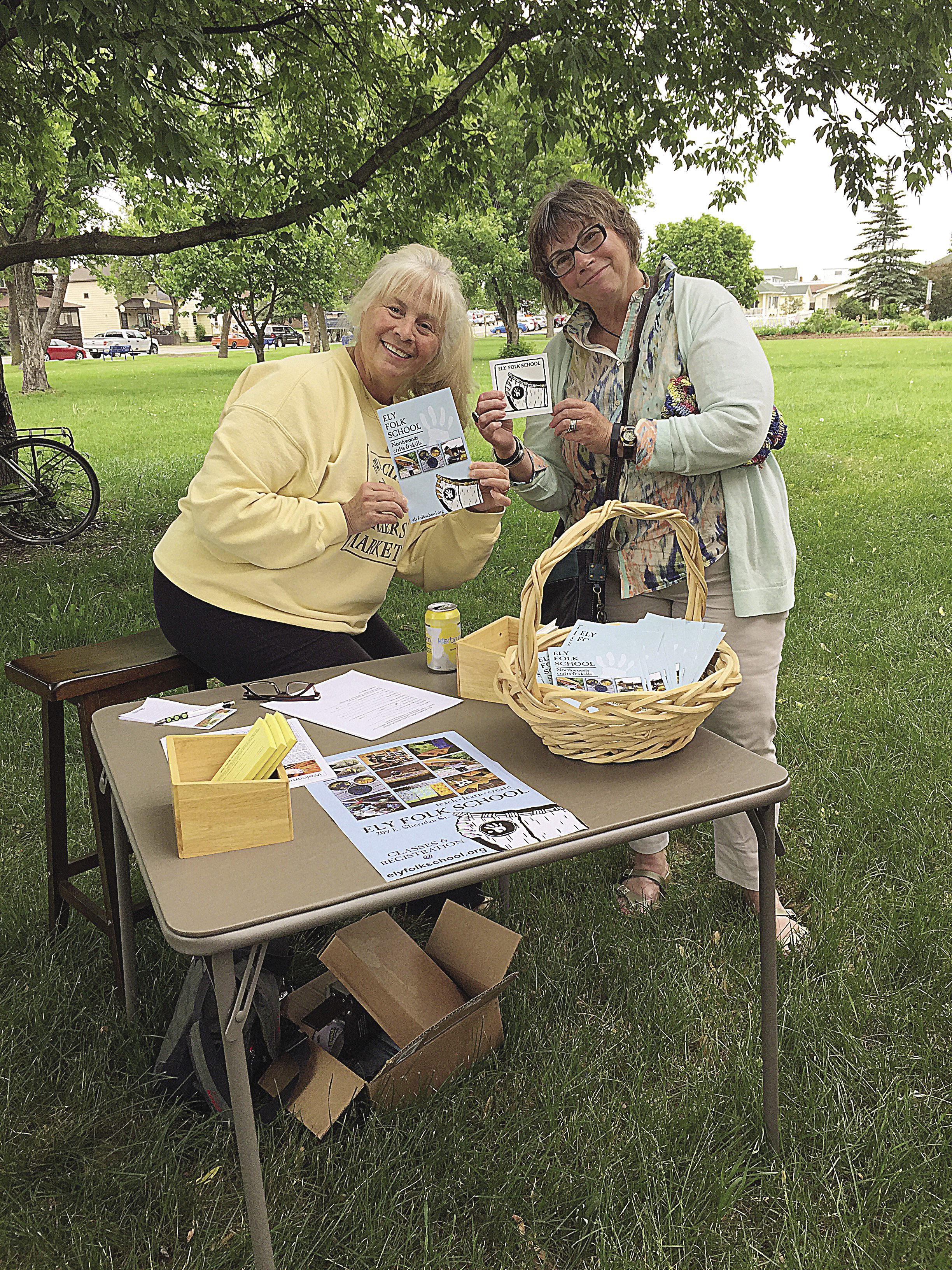 ELY—Jenna had never been in a canoe, but today was the day. She was nervous at the prospect of balancing in the tippy craft and the possibility that she’d end up taking an unwanted swim in the chilly lake. Her father would be her partner and it was good to have his support, but he hadn’t spent much time in a canoe either. She tried to get control of the butterflies in her stomach by looking out at the scenic lakeshore and islands that would be the classroom for Basic Canoeing, the very first class offered at the Ely Folk School.

During the preceding week Jenna and her father had helped ready the new Ely Folk School for its grand opening. Located on the main street in Ely, Minnesota, the new non-profit occupies the historic former Fisherman’s Headquarters building. Fifty years ago, the classic radio program “Let’s Go Fishing” was broadcast live on WELY from this spot. Although the building had undergone a bit of transformation during the ensuing decades as a 60s-style soda shop and a toy store, much of the original flavor of the outfitting and angler supply business remains.

A giant mural on the front window depicts outdoor activities pursued by Ely residents and visitors—fishing, paddling, dogsledding, and more. The mural was drawn in simple black lines, coloring book style, in March when the organization first began publicizing its debut. Color was added as donations came in to support the first season of classes, and the whole mural was filled in a few weeks before the grand opening, thanks to the many generous supporters who enthusiastically pitched in money and time.

The grand opening on June 6 was attended by more than 250 people who chatted with board members and instructors, munched on delicious treats, and celebrated this newest part of Ely’s downtown revitalization. Many also signed up for summer classes that include Basic Canoeing, Cheesemaking, Quilting, Wild Ricing, Fabric Dying, Vegetable Fermentation, Bicycle Maintenance, Glass-blowing, Birchbark Basketry and Canoe-making, Rosemaling, and How to Take a Sauna.

The new folk school resurgence in the U.S. and Canada may be a natural human response to the rushed pace and technology dominance of modern life. About 300 such schools are now operating. Seeking the opportunity to craft something by hand such as a cozy pair of felted slippers or a tasty loaf of bread, students and teachers work together, enjoying camaraderie and conversation.

Among the best such schools in North America, North House Folk School in Grand Marais is well-established and an important part of that town’s vitality. Ely Folk School emulates their organization and has benefited from the support and advice North House has shared so generously. Like all folk schools, North House and Ely each focus on the heritage and natural surroundings of their communities. North House draws upon Lake Superior and the Scandinavian culture while Ely reflects the Boundary Waters Canoe Area and its multi-cultural immigrant history. Both schools are fortunate to include Ojibway crafts and skills as shared by native residents.

Gatherings with music, dancing and delicious food are part of folk school traditions, Ely Folk School has special events planned for July. A contra dance party will be held July 3, from 7-10 p.m. with a suggested donation of $5. During Blueberry Festival, July 24-26, Ely Folk School plans to have an open house and a free craft or skill project presented by the school’s instructors. Homemade refreshments will also be available. To learn about the Ely Folk School, visit www.ElyFolkSchool.org.

Back at the lakeshore, four hours had flown by as the Basic Canoeing class reached its end. Jenna had paddled in both the bow and stern, practiced flipping and portaging the canoe, and to her delight was still dry and warm. Two of her classmates, a couple who credited the day with saving their marriage, had learned to handle the canoe in the light wind and waves without blaming one another when the steering was less than perfect. Everyone had laughed a lot, and they parted to spend the afternoon paddling on their own at one of Ely’s many north woods lakes. They all were excited to come back for another class at Ely Folk School.—Johnnie Hyde