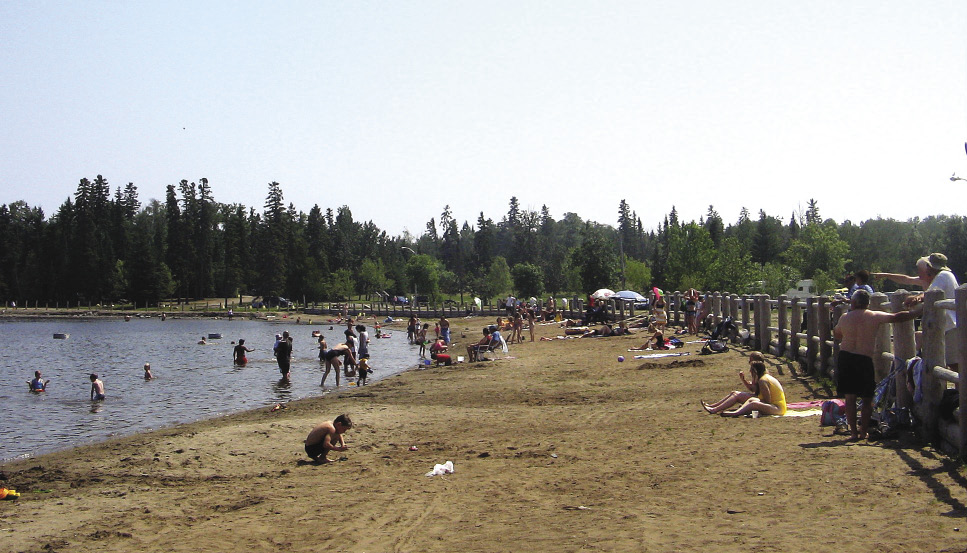 Families can enjoy everything from bumper cars to a sandy beach at Chippewa Park. | CITY OF THUNDER BAY

Thunder Bay—Chippewa Park in Thunder Bay is built on a foundation of history, culture and nature; and with so many things to see and do, the park delivers adventure for everyone.

According to historical records at The Harry Kirk Archives and Records Centre in Thunder Bay, The Crown purchased 270 acres of land from the Ojibway people of the Mount McKay Reserve and then passed the land to the City of Fort William. Clearing of the land began in 1920, and one year later, the park was named Chippewa, the English word for Ojibway. A casual exhibit of animals at the park began in 1923 with a donation of a squirrel and a raccoon, along with instructions on how to care for them. Soon after, more animals were added, such as pheasants, bison, bears, and a Shetland pony. In 1934, a traveling midway, operated by Maude King, went into bankruptcy while in Fort William. The Fort William Board of Parks Management purchased some of the attractions, including a C.W. Parker carousel built in 1915.

Today, The City of Thunder Bay’s Parks Division manages all the parks, and the lead hand for Chippewa Park is Dan Gigliotti, who took me on a tour to highlight some of what the park has to offer. The first stop was the log pavilion, built in 1921 from the trees cut to clear the land. Inside the pavilion, the exposed, majestic timbers crisscross overhead and the original hard wood flooring spans the dance hall. Modern updates have respected the rustic décor so the pavilion is suitable for events and can operate its canteen.

Next, the midway and the celebrated Parker carousel, where the hand carved, wooden horses carry children of all ages—seemingly away from the dragons embellished on the hub panels and cresting—through the winds of Lake Superior. A close look at one of the horses shows Parker’s signature design: an elaborate mane and jeweled reigns. Attached to a beam on the carousel is a metal plate, stamped with the manufacturer’s name and date, which confirms its authenticity as one of only three still operating in North America. As for other rides at the midway, one can test their mettle on the bumper cars or take a spin on the tilt-a-whirl. Young children can ride the boats, tanks and planes.

Finally, we toured the Chippewa Wildlife Exhibit, where the animals can be viewed from the raised boardwalk. Natural habitats from grasslands to forests to ponds are home to indigenous animals such as hawks, caribou, coyote, bobcats and wolves. The exhibit also includes arctic fox and mouflon sheep, which are well suited to the local environment. All of the animals have been bred in captivity or rescued, and vacant habitats are only filled when an animal is in need of a home. However, you won’t find an exotic animal in the park as they don’t do well outside of their climate.

Other activities at the park include swimming, use of the volleyball net at Sandy Beach and fields for sports and picnics. There are plenty of spots for day camping, overnight RV sites, and accessible cabins.

The park has hosted Pow Wows, company picnics, summer camps, festivals, and plenty of events and programs. Check out www.chippewapark.ca for more details. 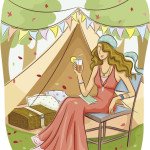 So what is glamping? 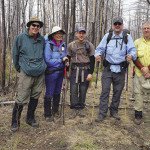