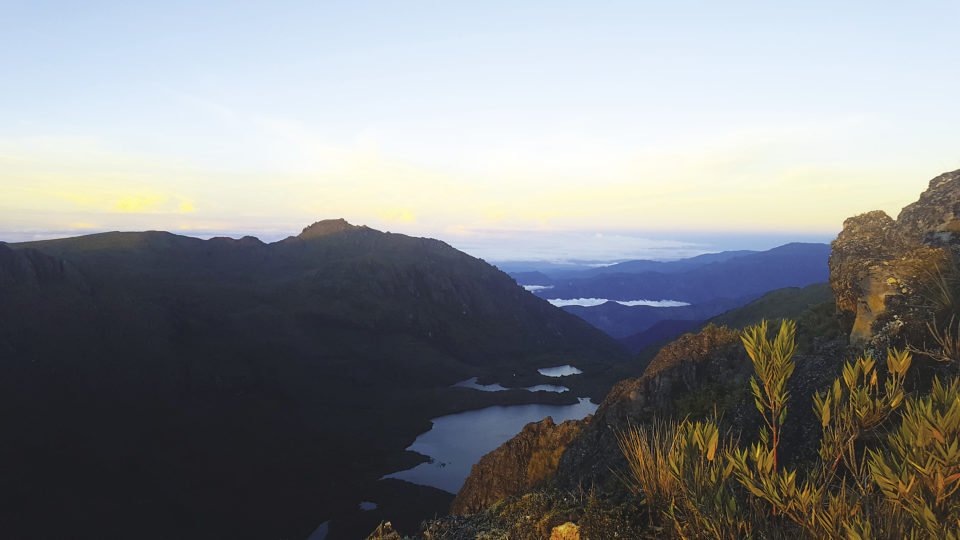 The view of the sun slowly illuminating Costa Rica from the top of Cerro Chirripo. | CASEY FITCHETT

I get moderately motion sick on busses. It’s not enough to take me completely out of commission, but I’m definitely not reading a novel in the back row as the driver maneuvers the 50-some passengers around switchbacks. As most who experience this uncomfortable sensation can attest, rides are always infinitely more pleasant near the front of the bus. I got lucky with my seat selection during this trip to a small village in the Chirripo Pacifico River Valley.

My partner Jake and I are in the middle of our fifth week in Costa Rica. This is a fairly substantial amount of time to be in a country that’s roughly the size of West Virginia. We’ve been traveling slowly; spending at least four days in every town we visit on the Caribbean coast, Pacific coast, the inland jungle and back to the Pacific coast.

We’d been to San Gerardo de Rivas before, about four weeks ago. On the earlier trip, we came to the shadow of the tallest mountain in Costa Rica to break the cycle of city hopping and to visit the Cloudbridge Nature Reserve. This reserve, which partially shares a bit of ascent trail with Cerro Chirripo, sees very little traffic due to the popularity of climbing the mountain itself. We spent a day hiking in the reserve and another buying locally made chocolate and coffee, but didn’t plan far enough ahead to get the necessary permits and reservations to hike Cerro Chirripo. Our second time we were ready to attempt a true accomplishment.

Our hostel, in which we stayed on both the first and second visits, was a popular launch and return point for Cerro Chirripo hikers. The night before we started our trek we shared the kitchen table with two others headed up the following morning and one Italian woman of great interest who had already undertaken the endeavor.

“What time did you leave in the morning to hike to basecamp?”

“How long did it take you to hike up?”

“Did you make it to the summit by sunrise?”

“Was it harder to hike up or hike down?”

Our nerves were obvious as we rapid-fired questions at her. She answered all of our questions with the wiseness of a sage and assured us that our collective goal was very manageable and achievable. With our uncertainties somewhat assuaged and our alarm clock set for 4:30 a.m., we attempted sleep.

It took us a little over six hours to pass each of the 14 individual kilometer markers and climb the 6,562 feet (2,000 meters) on the way to base camp. We had learned from the park ranger the previous day that the average ascent time was between six and eight hours, so we were pleased with our journey’s progress. The creatively named kilometer markers did their best to keep us in good spirits—we trudged past “Barbas de Viejo” (Old Man’s Beards), “Los Monos” (The Monkeys), and “Los Arrepentidos” (The Repentants). Dropping our bags like they were full of bricks, we spent the afternoon at 11,155 feet nursing mild altitude headaches, napping, reading and replenishing our calories.

Always gluttons for punishment, we hiked another (mainly flat) trail in the afternoon, attempting to catch the sunset. Because the clouds had overtaken the sun, the view was less than stellar. We cut it short and opted for additional rest.

Though hikers have the option to pre-order meals for their time at the Crestones Base Camp, we were on a tight budget. I’m not sure the precise statistics on how many people do this, but we came fully self-supported with four meals for both of us (including pre-brewed coffee for the morning of the summit trek) and snacks. Judging by the number of people enjoying a hot meal prepared by the base camp staff, we were absolutely in the minority. Our new hiking friends looked at us curiously as we sat across from them eating refried beans from a can, leftover rice and garbanzo beans, and tortillas.

What is likely the case in only the rarest of places on the backpacker traveler route, the base camp building was quiet by 8 p.m. Snuggled in our provided sleeping bags, we slept in our unheated bunks until the cacophony of alarms began sounding at 2 a.m. The summit push had arrived. Donning headlamps and carrying breakfast—yes, including our cold, pre-made coffee—we stepped in to the 39 degree F. night. The light from the headlamps of the other trekkers that lined the trail mirrored the stars overhead as we followed the 3-mile (5-kilometer) trail to the summit.

My friends can attest to the fact that I’m never early to events. On time, maybe, but a few minutes late is typically more par for the course. It’s not a quality of which I’m particularly proud, but today was one of the worst days to break the habit.

We arrived at the summit around 4:50 a.m., about 30 minutes before the sunrise. While I don’t expect to garner too much sympathy from northern Minnesotans and Ontarians, I can say that it was cold. With nothing to block the legitimately freezing wind (we were at the highest point after all), it whipped through our layers as we sat huddled in the pre-dawn. I couldn’t help but think that clichés—‘waiting is the hardest part’—are so ubiquitous because they ring true in many different circumstances.

Surreal. That’s the best word to describe the sensation of watching the sun rise over an expanse of land that you’ve never seen before, from a perch above it all. The initially slow illumination added to the suspense. Like a gradual fade in to a movie scene, we were introduced to lakes, competing peaks, and even the trail we climbed. A mix of excited chatter in more than one language floated around us as the 20 summiters absorbed the same view from Costa Rica’s jagged loft on Cerro Chirripo.

With colder hands than we ever expected to have in a Central American country, we managed to take a few photos before beginning the descent. The kilometer markers passed us in fast forward and the opposing muscle groups of our tired legs worked tirelessly to stabilize us as we jubilantly made our way to lower elevation.

The civilization mecca of San Gerardo—population less than 400—greeted us with the same charm as the previous day, yet we viewed it with an entirely new appreciation. With a rush of satisfaction that can only come from pressing onward when you didn’t know if you could, we cheered to a whirlwind 36-hours above the clouds on Cerro Chirripo. 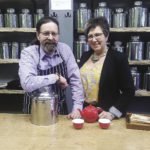 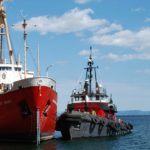 The Historic Tugboats of Lake Superior