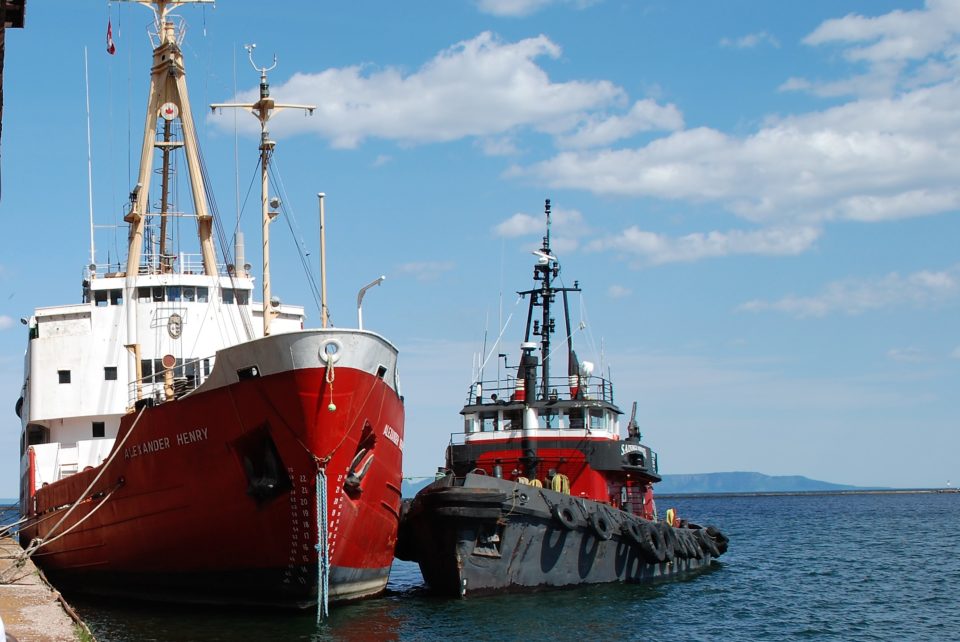 Salvage Monarch with the Alexander Henry

It was a big story in Thunder Bay back in 2017 with lots of community excitement and media attention to welcome the homecoming of the decommissioned Canadian Coast Guard former icebreaker Alexander Henry, built here in 1957-58 and now returning as a museum ship of the Lakehead Transportation Museum Society. Yet, none of it would have happened without the hard work of tugboats and their crews.

It was the 97-foot tug Salvage Monarch that towed the 210-foot Alexander Henry more than 1,000 kilometres through the Great Lakes, from southern Ontario to a temporary docking facility in Thunder Bay in June 2017. Built in 1959 in Appledore, England, the classic tug was sold a few times before being acquired by Toronto Drydock, the contractor for the tow.

Then, five months later on November 23, it was the historic century-old Miseford tug—owned since 2005 by Thunder Bay Tug Services—that towed Henry across harbour to her permanent site at the Cruise Ship Dock at Pier 6, just south of Marina Park. The 80-foot Miseford was built in 1915 in Welland, Ontario and her 104-year career includes 18 years as a tugboat with the Ontario Department of Game and Fisheries.

Today, Miseford continues as part of the tug fleet of Thunder Bay Tug Services, which includes the 73-foot Glenada built in 1943 (famous for its dramatic rescue of the crew from the 110-foot Grampa Woo in 1996) and the 98-foot Point Valour built in 1958.

Tugs are an integral part of the marine history of Lake Superior, with two of the oldest ones becoming museum tugs: Edna G in Two Harbors and James Whalen in Thunder Bay.

Back 120 years ago in 1896, the 102-foot Edna G tugboat was built in Cleveland for the Duluth & Iron Range Railway (D&IR) and brought to Two Harbors to replace the tug Ella G Stone. Christened the Edna G for Edna Greatsinger, the daughter of the D&IR president Jacob Greatsinger, the tug was designed to shuttle ore carriers to and from the Two Harbors docks. She also towed barges, smaller steam ships and participated in ship rescues (e.g. the Niagara, William Edenborn and Madeira).

Except for serving along the Atlantic coast for the U.S. government during World War I, Edna G’s career was served at Two Harbors. Up until the 1950s, she operated with a four-man crew (captain, engineer, lineman and fireman) working three, eight-hour shifts a day; by 1970, it was two, 12-hour shifts a day.

During the winter of 1974-75, according to a report by National Park Service (1989), the Edna G’s riveted-steel hull was reinforced for ice-breaking duty. In the report, retired fireman Chester Bislow recalled that during the winter of 1978-79, she was “…breaking four feet of solid ice. It was cold and miserable. The tug is solid steel and it was so cold that icicles were hanging inside. They couldn’t see out because the windows were fogged up.”

On June 5, 1975, the Edna G was placed on the National Register of Historic Places as the “last steam-driven, coal-tugboat on the Great Lakes.” And in 1981, she retired from service. Her work had become obsolete with the advent of big ships with bow-thrusters that didn’t require the tug’s services to manoeuvre into the docks.

Captain Adolph Ojard, the last captain of the Edna G, said “She was the finest tug on the Great Lakes. She was such a beautiful handler. She handled like a yacht—you could turn her on a dime.”

On June 15, 1984, Edna G was donated by the D&IR to the City of Two Harbors for display at the dock. Currently, the tug’s future is in a bit of limbo due to water deterioration. If she is not taken out of the water soon, she may sink; efforts are underway to raise funds to save and refurbish her. 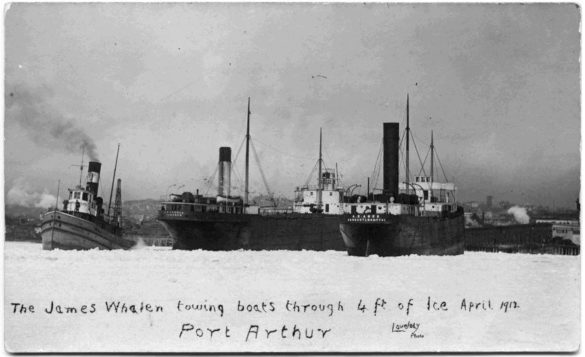 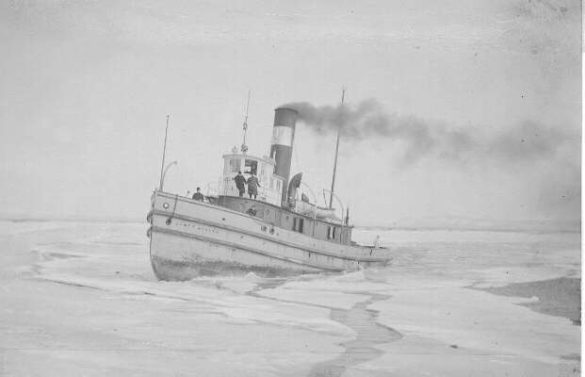 In Thunder Bay, the historic James Whalen tugboat is moored at the Kaministiquia River Heritage Park on the city’s south side. However, discussions are underway to potentially move it to the north side to join the Alexander Henry and the Lakehead Transportation Museum at the Cruise Ship Dock.

Built in 1905 in Toronto as an icebreaker for the Canadian Towing & Wrecking Company of Port Arthur, it is named for its president/general manager and a pioneer businessperson, James Whalen. For 50 years, the James Whalen tug served Thunder Bay, transporting lighthouse keepers and participating in many daring ship rescues, salvaging shipwrecks and much more. She also pulled the famous luxury yacht Gunilda off the reef near Rossport before it sunk in 1911. In 1965 she was sent to southern Ontario, but after a series of owners, she was purchased by and returned to the city to be refurbished as a museum tug. 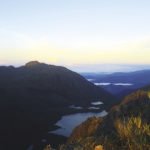 At the Top of Cerro Chirripo in Costa Rica 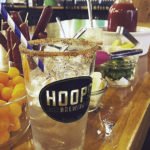