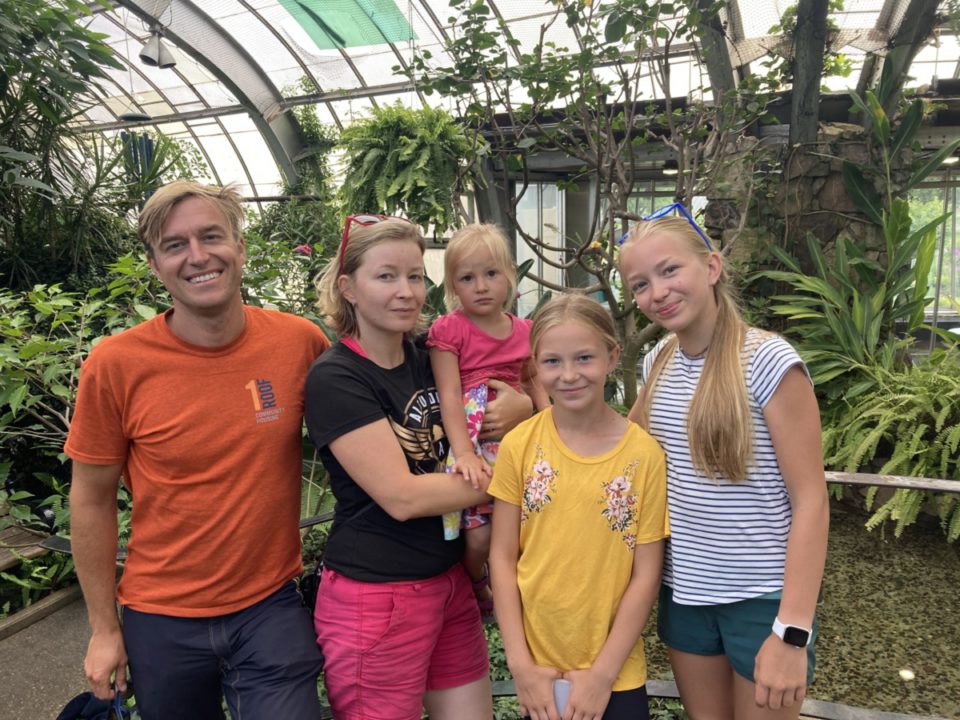 “Are you sure you want to drive that electric car through no man’s land?” asked the Canadian border officer at the Pigeon River crossing, as I handed over our five passports. I looked meekly at my wife in the passenger seat, and got up the courage to stammer back, “Yup, we’ll give it a try.” He let us through, and we started out on an eight-day loop through pristine northwest Ontario to fabulous Winnipeg, Manitoba, then back to Duluth on a brutal all-nighter through Grand Forks and Bemidji.

Could we go Provincial Park hopping through the Northern Wilds and beyond using only EV charging stations? That was the crux of our 2022 family summer vacation. According to our car’s map of charging stations, there was a distinct ribbon of chargers spaced out about every 150 km along the Trans-Canada Highway. It looked promising. Of course, what does Tesla know about Canada? And what do we really know about charging my wife’s new car, for that matter?

I know next to nothing about EV energy consumption, but I’m enough of an engineer to know that when the battery hits zero percent, the family vacation hits rock bottom as well. Nevertheless, we threw “range anxiety” out the window at the border and went exploring, excited for the challenge.

Day one was a simple drive that we had done many times previously—Duluth to Thunder Bay. Usually, we go alpine skiing in Thunder Bay in March, so it was nice to set out for a favorite “international” destination of ours in the summertime instead. Crossing the border was straightforward with our covid vaccines and ArriveCAN phone app (both are no longer required for American citizens to cross the border as of October 1, 2022).

Our goals for Thunder Bay were tent camping at historic Chippewa Park (the only non-Provincial Park we stayed at on the trip), splash padding around town, and eating out at a couple of Thunder Bay’s great ethnic restaurants (Masala Grille and Nook). We set up our tent in refreshing Canada, full of visions for the week ahead.

Our 2-year-old had the time of her life riding the carved wooden horses on the 100-year-old carousel at Chippewa Park on day two. I also got to stop in at my favorite Thunder Bay store—Chaltrek. It’s the only store I’ve ever been to that sells gold prospecting equipment. I’m no gold seeker, but those sifting pans get my frontier sense of adventure flowing.

On day three we packed up our tent and drove into downtown Thunder Bay, hit the Waterfront Plaza wading pool and fountains, then charged at the Canadian Tire on the outskirts of town before heading northwest to the Arctic Watershed (only an hour’s drive out of Thunder Bay, to be truthful).

Our second camping destination was Sandbar Lake Provincial Park, recommended to me by fellow Northern Wilds author Gord Ellis, who curated our Ontario parks itinerary. We stopped for more charging in Upsala (the first charging station I’ve seen in a dirt parking lot), and with the 1-hour time change back into Central Time, we made it to Sandbar at 6:45 p.m.

The “closed” sign was already out at the ranger station, but my timid knock on the window was answered by a friendly park ranger. I had done nothing to reserve a site ahead of time, and she offered us to drive through the park and choose the site we liked most, then pay for it in the morning; I love when that happens! The campsites were huge, as was the sparsely used sand beach (no lifeguards).

There was a beautiful sunset over Sandbar Lake that evening, and the girls and I did lap after lap around the campground on our bikes. The park was extremely quiet. Nowhere have I ever seen campers observe the “total quiet after dark” signs to a T like the Canadians do.

The following morning, day four, we hiked the park’s radiant Silhouette Trail, which was loaded with wild blueberries and chantarelles. Nature’s summer bounty was at its peak.

There was a strong west wind blowing that day, which meant we’d have a headwind for our whole drive to Blue Lake Provincial Park. We tried to wait it out, then gave up and finally hit the road at 3:15 p.m. We stopped and charged in Ignace (fantastic name for a town, especially in the Canadian pronunciation).

There was a fabulous bait shop across the street from the charging station called K&S Bait and Tackle. As an avid angler, this was perfect. Charging takes about 30 minutes, so I had plenty of time to ask about promising local fishing holes.

Our battery charge was dropping precipitously as we kept driving west down the Trans-Canada Highway to Dryden, but we made it to the next charger again. Turns out Tesla knew what it was doing all along (it’s only 106 km from Ignace to Dryden). With five people, three bikes, and a 4,500-pound car going into a 50 km/h headwind, we were happy to get regular charging along our route this day.

We pulled into Blue Lake Provincial Park in Vermillion Bay about 7 p.m. and understood right away—this park is very popular. Gord told us that the closer we got to Manitoba, the more tourists we’d see, and that rang true. There were still unoccupied sites though, and again we were allowed to drive through the park and take our pick. Fortunately for us, this park keeps a certain quota of “unreservable” sites. Yes, Canada!

Blue Lake is renowned for its exceptionally clear, blue water. We did a long gravel road bike ride with my daughter Adriana on the morning of day five, then sampled the crystal-clear swimming. The whole family then hiked the awesome Spruce Fen Boardwalk Trail, which is also wheelchair accessible. It’s perfect for 2-year-olds (and adults) because they can explore the bog without getting soaked. We also played a great game of frisbee with my older daughters in the small field next to our campsite before taking off for Manitoba.

Did I say I don’t like making camping reservations? I like having flexibility, but my wife was getting leery of my “wing it” strategy by now. As we headed through bustling Kenora (another splash pad for the kids) towards the provincial border, she wisely asked me where we would be staying that night. I was thinking of Whiteshell Provincial Park, but when I told the family we’d still be 130 km away from Winnipeg to Whiteshell, they all overrided me (true city folk).

So, my wife went online instead and found a place called Birds Hill Provincial Park (a half hour drive outside the city). “Never heard of it,” I said. Well, it turns out that 70,000 people visit the annual Winnipeg Folk Festival at Birds Hill and the park has 476 campsites. I was clueless—this is why we travel! We quickly changed our destination from Whiteshell to Birds Hill.

We had a long drive through streaming yellow sunflower fields that evening and pulled into the park at 9:15 p.m. The office was of course closed, so we grabbed a site at Fox Bay Loop. Birds Hill Provincial Park was unlike any park I’ve ever seen before—it’s a whole city of campgrounds. We biked between all the different “neighborhoods” during our stay, and it was an exceptional park for family biking—very flat, lots of bike trails, and no through traffic.

Day six—we hit the city. First, Ukrainian art at the Osredok Ukrainian Cultural and Educational Centre. From there, lunch on the patio at Corrientes Argentine Pizzeria—it was excellent. Then a walk to “The Forks,” which to me was reminiscent of Duluth’s Canal Park, but on a grander scale. This junction of the Red and Assiniboine rivers has been a meeting place for over 6,000 years. Finally, we bought rare African foods at Dino’s Grocery Mart—one of the best ethnic grocery stores I’ve ever seen.

The next morning, my “no reservation” strategy finally backfired on me—the site we had claimed two nights ago (on Wednesday) was already booked for the weekend. The morning of day seven was our low point—we had to repack our tents, food pack, and all the odds and ends and move a quarter of a mile away to a new site in the Grackle Loop.

The silver lining was that we still had the afternoon free, so we hightailed it the 80 km from Birds Hill to Grand Marais, Manitoba—home of Grand Beach on Lake Winnipeg. This is a sun worshipper’s paradise. Miles of sand beach, calm water, and high sunshine. We loved the beach vibe—it’s the same anywhere you go in the world, even in northern Canada.

Finally, on our last day, we broke camp, bought our last Canadian provisions, and checked out the awesome Royal Canadian Mint—an operating coin assembly factory and museum. It was a strange, yet cool feeling to be part of a tour group for the first time on the trip. We stumbled across the packed St. Vital Public Pool as we were driving into Winnipeg, and ended up prolonging our stay well into the afternoon. When we finished charging and left town at 5 p.m., we had to settle in for a grueling 9-hour drive back to Duluth.

We pulled into our driveway at 2:52 a.m., exhausted, but satisfied that we had explored Canada on our own terms, making a trail of memories from Lake Superior to the prairie, and back. 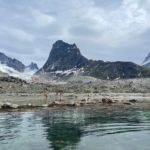