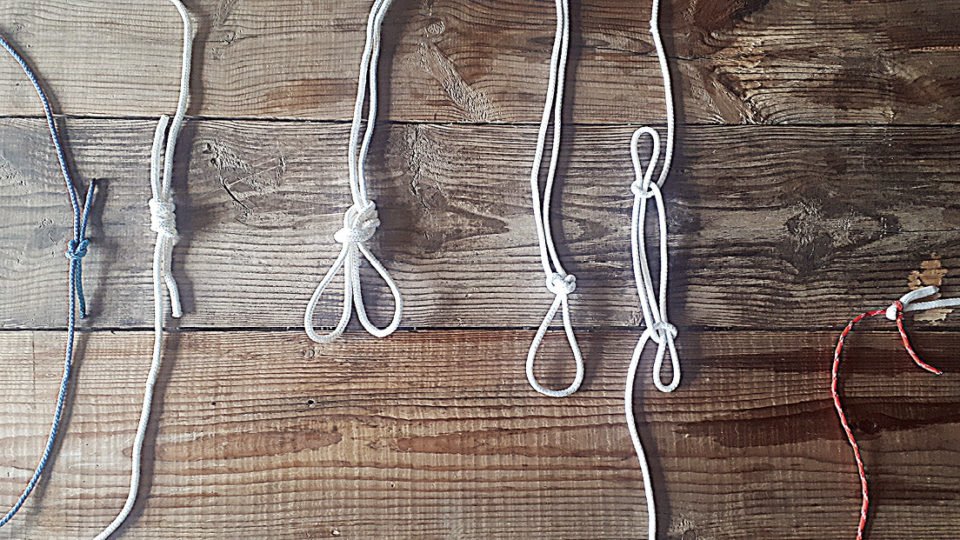 Historians believe that knots were used by humankind so long ago that they predate the invention of the wheel. Throughout civilization around the world, nearly every aspect of survival depended on the ability to skillfully twist plant fibers and tie them together to use for hunting, gathering, pulling, fastening, carrying and climbing.

I like to think of knots as a way that tied fishing communities to both the land and the sea. In many parts of the world, seafood and freshwater fish was and remains a primary food source; over the centuries, people developed different techniques for catching fish to reflect the environment in which they lived.

In northern Ontario and in the Great Lakes region, First Nation communities used gillnets to harvest sturgeon, whitefish, trout, pike and other native fish species. Before the use of nylon and other synthetic compounds, fishing nets were made from plant fibers like nettle and basswood, which were pounded and peeled, twisted into cordage and knotted together to form nets that were cast from canoes or set beneath the ice during winter.

On the Atlantic coast of eastern Canada, net mending is one of the fishing industry’s oldest traditions, and some residents are making efforts to keep the skill alive.

Aidan Smith of the Maritime Museum of the Atlantic in Nova Scotia demonstrates to visitors the methods of weaving full nets and mending holes by hand. When Smith learned these skills from a retired fisherman, he realized that weaving and mending are tedious tasks—most fishermen these days opt to buy a new net rather than fix holes. Repair work was often a family effort. When the fishing season ended, families would hang their nets or lay them flat and mend them together.

In my own life, knots are becoming increasingly relevant. Having recently “tied the knot” with a sailor, my husband relies upon the use of rope for work and leisure.

“While at sea, we use knots to pull sails up and in, for mooring up the vessel, tying stuff down, anchoring, and for stopping ropes from disappearing,” Magnus tells me. He grew up along the east coast of England sailing small vessels as a boy. Over time, sailing grew into a career and lifestyle.

While we were sailing in New Zealand last year, I practiced common knots while on board. We used the bowline anytime we needed a loop at the end of a line that would come undone easily after use.

“Anytime you want to tie your boat up semi-permanently, you want a bowline at the end of your line,” says Magnus, adding that bowlines are often used to attach a sheet or halyard to a sail.

The rolling hitch—which we use a lot while backcountry camping with tarps—is used to take tension out of another line or to make an adjustable lashing. Another useful knot is the clove hitch, which can be used to temporarily secure a boat to a mooring bollard or a fender to a lifeline.

“It’s quick and easily adjustable,” explains Magnus. “There are two ways to go about it: you can make it in the middle of the line by forming two loops and placing one on top of the other. Or you can make it at the end of the line by passing one end over your fixed object and looping back around under itself.”

Among my personal favorites is the cow hitch, which is used to secure a rope or similar item to a post or fixed object. Aboard our yacht Baltazar, the forward storage area is full of extra lines secured to metal bars using the cow hitch. This knot also comes in handy for hanging laundry to dry on the lifelines of the boat. After losing a few items of clothing to the sea, I quickly learned that clothespins are anything but reliable on a windy day. The cow hitch, which forms a loop around the fixed object to pass the ends through, is simple and secure.

But you don’t have to be a mariner to employ the use of knots. As children, we learn the bowknot to tie our shoes. Our clothing may be knitted using thousands of tiny knots. The plant in your window may be hanging in an artistic pattern of knotted fibers known as macrame. Whether for function or fashion, knots keep us tethered to an ancient skill rooted in survival and artistry. 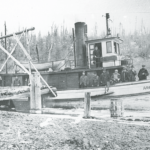 Saga of the Arbutus Tug and Rumrunning 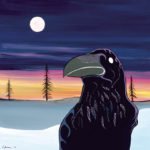