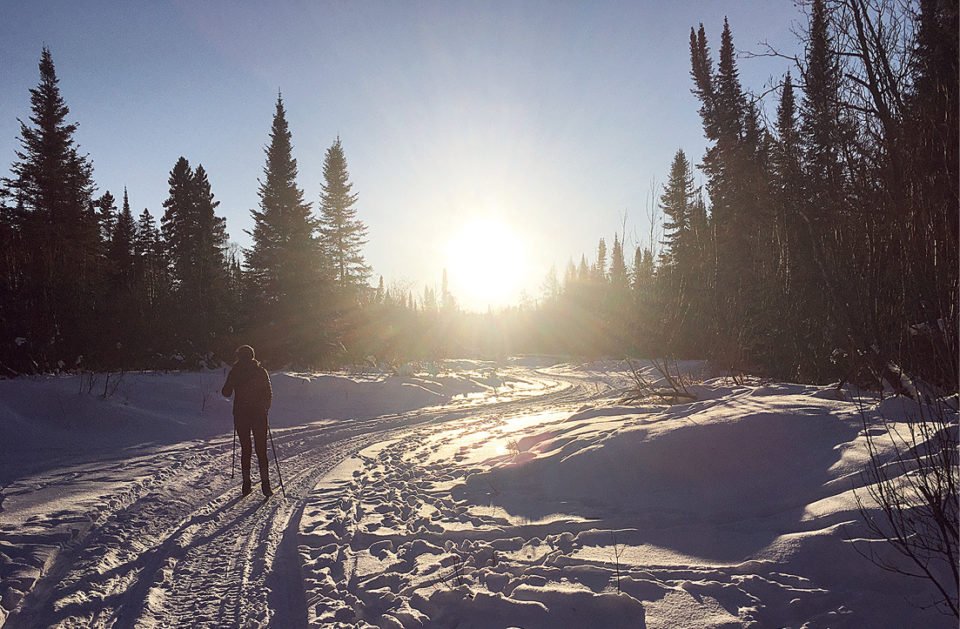 The author skiing along the McIntyre River in Thunder Bay. | JULIA PRINSELAAR

It was March 1995, and for only the second time ever, the Nordic World Ski Championships were held outside of Europe and descended on the small town of Thunder Bay.

As a grade school student, I remember standing on the sidelines of a ski track with my classmates, cheering on dozens of skiers as colorful flashes of Spandex zoomed past our crowd.

Local news agencies report that an estimated 13,000 people braved temperatures approaching -30 C to partake in the championship’s opening ceremonies, welcoming roughly 600 athletes to the stadium. Within the span of the event’s 10 days, however, unseasonable temperatures soared into record double digits during competitions, forcing organizers to think fast and avoid a looming disaster. Truckloads of woodchips were brought in from the local paper mill and chemicals were sprayed onto the trails to stabilize the snow and combat rivers of mud.

As it goes, the Nordic World Ski Championships moved on to shine an economic light on other host cities. The Big Thunder National Training Centre, which hosted the games, closed a year later.

But a rich history of skiing was sewn into the cultural tapestry of the North Shore many generations before.

With a similar climate and familiar forests, Finnish immigrants arrived in waves to areas of North America. According to the Canadian Encyclopedia, the first Finnish people to make landfall were part of a group of settlers who established the colony of New Sweden along the banks of the Delaware River between 1641 and 1655. A couple of centuries later, others settled in modern-day Alaska, which was part of Russia at the time.

Until the beginning of World War I, most Finnish migrants ended up in the United States, although a sizeable minority arrived as pioneers in Canada. During the mid-20th century, tens of thousands of Finnish homesteaders settled throughout the country, particularly in urban areas, British Columbia, and Northern Ontario in communities like Timmins, Sudbury, Sault Ste Marie and Thunder Bay.

Finnish folks brought Nordic traditions and recreation tied to the landscapes that represented their cultural identity and homelands. Perhaps the two most celebrated activities practiced by many people today are sauna-bathing and cross-country skiing, which coincidentally, pair very well together.

Before written history, rock paintings and skis preserved in bogs were some of the first indicators that hunters and trappers used skis at least 5,000 years ago, but many contend that skis are even older than that. According to Morten Lund and Seth Masia for the International Skiing Association, skis came to be used across the Eurasian Arctic regions during the stone age as hunters followed reindeer and elk herds from central Asia’s Altai region, moving to the northwest and northeast, using skis covered with fur that worked like modern climbing skis.

Throughout the Middle Ages, Swedish and Danish farmers, hunters and warriors regularly used skis. By the 18th century, units of the Swedish army trained on skis.

From survival and transportation to recreation and sport, here is a short glimpse into the types of skiing and ski styles, and how they’ve evolved into what many of us know and use today.

Originating in Scandinavia thousands of years ago, cross-country skiing wasn’t introduced to Canada until the 1890s, according to the Canadian Encyclopedia, which reads:

“In the early stages of the sport, most skiers carried a single pole and wore long (2.5 to 4m), wide (over 80 mm), unlaminated wooden skis that were so heavy…skiers usually removed them and carried them up steep hills.”

The Norwegian Thorleif Haug is credited with inventing a more modern binding with screw-on steel toe-plates, which allowed skis to be stronger, shorter, more narrow and lighter.

With the Canadian Pacific Railway’s introduction of the Laurentian ski trails in Quebec, cross-country skiing began to take on a more recreational form. Avid skiers like “Jackrabbit” Johannsen were trailblazers of their time, developing large networks that were similarly developed all across North America just before World War II.

Today, two Nordic ski centres in Thunder Bay, Lappe Ski Centre and Kamview Nordic Centre, maintain an extensive network of classic and skate ski trails nestled in the forests on the city’s outskirts. The trails are used for recreation and competition each year, in addition to lessons for skiers of all ages. Even dogs are welcome on some of Kamview’s trails, too.

Developed in Telemark, Norway, woodcarvers created a bow-shaped cambered ski that arches toward the center to distribute the weight of the skier more evenly across the length of the ski. This design principle remains consistent today for many Nordic ski styles. Before the invention of camber, skis had to be thick and plank-like to glide without bowing downward, causing the skier to sink in the snow under their own weight. Camber made thinner, lighter skis possible, allowing the skier to glide and float more easily across snow. They also offered more flexibility over bumps and easier maneuverability to swing and turn.

Also originating in the Telemark region of Norway, telemark skiing combines elements of Alpine racing, Nordic skate skiing and ski jumping, and was once a popular mode of backcountry transportation. Synthetic fabric skins allowed for uphill travel into wilderness environments, and in the 1800s, skiers challenged one another on all sorts of terrains that involved steep climbs and bumpy courses, often ending in sharp turns on a field or icy lake. Today telemark racing is now a World Cup sport focused on carving.

Specialist sports aside, skiing on the North Shore continues with recreational gusto today. Just spend a day sharing the trails with nearly 1,000 amateur and professional-class skiers at the Sleeping Giant Loppet, an annual ski festival hosted at Sleeping Giant Provincial Park east of Thunder Bay, and you’ll know what I’m talking about. The Loppet is cancelled this year due to the COVID-19 pandemic, but many of the region’s trails are open and maintained for your enjoyment. 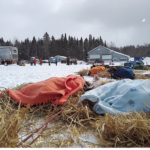 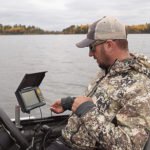 The Fishing Boat: Some High-tech Add-ons