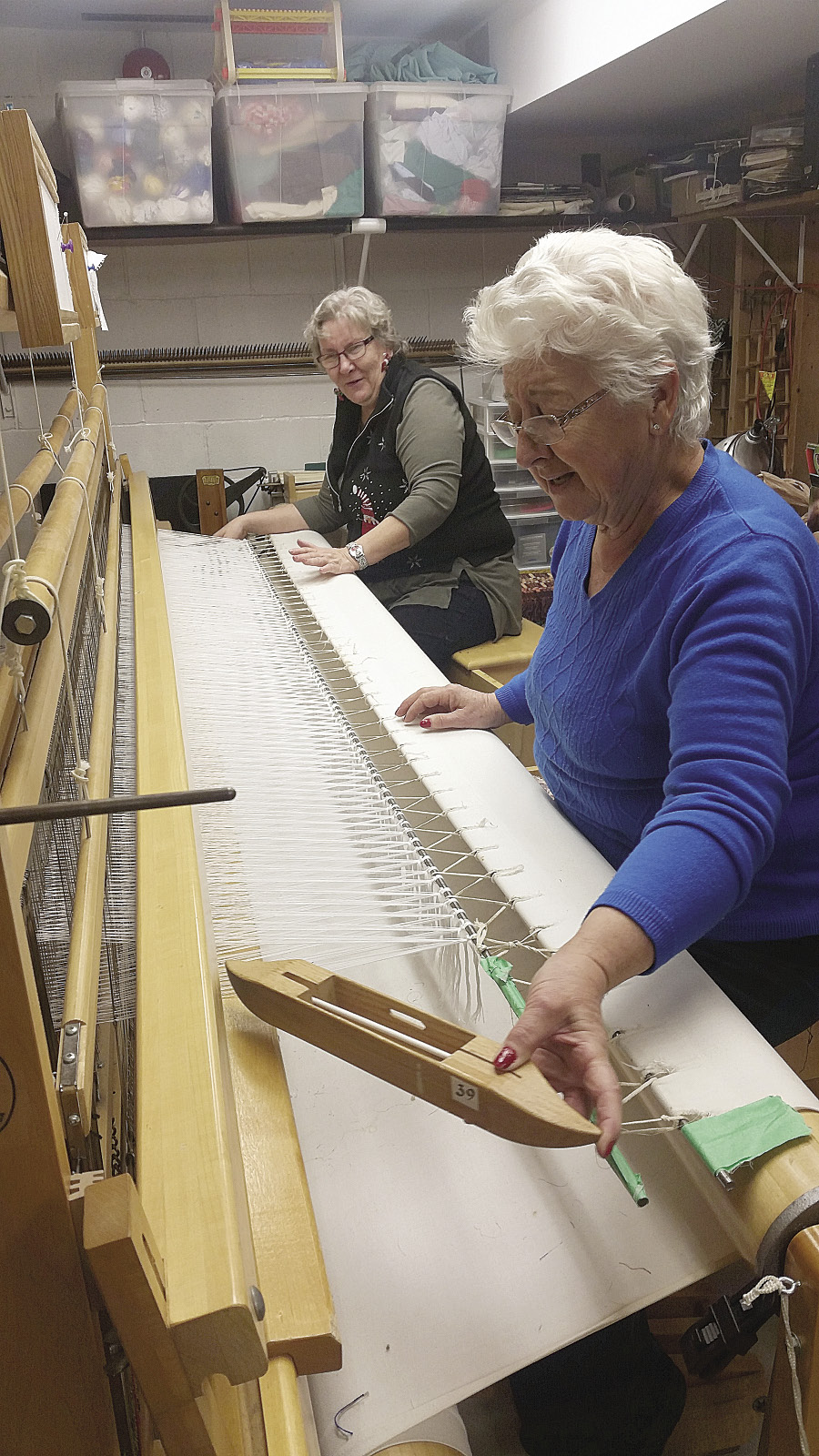 On a wintery Monday morning, I walked through the doors of a local recreation centre at the end of Toivo Street in Thunder Bay. About two dozen ladies, who filled the room, looked up at me from their seats. Bundles of yarn, various weaving and knitting projects, and a couple of small looms sat on the tables in front of them.

“You look lost,” called out one woman from across the room. I was quickly greeted by Sue-Ellen Blekkenhorst, treasurer of the Thunder Bay Weavers and Spinners Guild, and Sylvia Goodheart, the organization’s past president.

Today the guild is nearly 60 members strong, and many of them convene at Jumbo Gardens Recreation Centre for weekly drop-in sessions. The tables are arranged in a horseshoe pattern, encouraging a social atmosphere. During my visit, some women sat in clusters, talking and sharing in their work: a pair of knitted socks, skeins of home-spun and hand-dyed yarn, and in-progress pieces woven from rigid heddles, which are lap-sized looms used for weaving smaller items like table runners and scarves.

“Members bring whatever project they’re working on, and it’s mostly for support and camaraderie,” explains Goodheart, who’s been a member of the guild for more than 30 years.

In what began as two separate groups of local handweavers and fibre artists, the Thunder Bay Weavers and Spinners Guild was born after they amalgamated in 1980. For the last 50 years, active members have dedicated their efforts toward sharing and teaching the art of weaving and spinning through workshops and seasonal retreats offered by volunteer instructors.

“Our instructors do not get paid, it’s all volunteer. Our mandate is to teach the craft,” said Goodheart, adding that some come from as far away as Toronto and Winnipeg. “You can make anything. You can make rugs, you can make tea towels, you can make tablecloths. We make blankets downstairs.”

She led me to the building’s basement and into a small room with shelves lined with binders, books and magazines covering everything from the history of weaving and spinning to its various techniques. Most of the room was taken up by a wooden 120-inch loom used to make coverlets, blankets, tablecloths and catalognes, which are a traditional French-Canadian style of woven bed covers and rugs. Originating in Quebec, the catalogne is the product of the thrifty practice of weaving recycled rags of clothing and household textiles into colorful rugs and blankets.

“It’s woven light and it fits whatever size bed you want it to fit,” explains Goodheart. The 120-inch loom works the same as any loom, but takes two people to operate. “We both have to be in sync. We kind of sing out what pedals to push and it opens up and you throw your warp through.”

“Now this is a weft,” said Goodheart, gesturing to the colourful threads that are woven horizontally, bound together by vertical threads, called the warp, which holds the weft together. “You can use rags but we usually don’t. We usually go to the Salvation Army and buy sheets.”

Sitting next to another large, yet smaller loom, was 79-year-old Maija Vilcins, who immigrated to Canada from Latvia as a child during the Second World War. She ran her fingers over a Finnish-style rag rug made from colored bamboo fabric in hues of yellow, cream and gray. Similar to the catalogne, in its traditional form a rag rug is made from otherwise degraded pieces of cloth that were at one time household linens and textiles.

“It was almost the last stage of the fabric’s useful life before it got turned into rag rugs,” explained Vilcins, who’s been a member of the guild for the last 10 years.

Although many other immigrants have a tradition of making rag rugs, Finnish Americans are one of the few groups to have maintained the culture of rag weaving in their adopted country, explains Yvonne R. Lockwood in her book, Finnish American Rag Rugs: Art, Tradition and Ethnic Continuity.

Traditional Finnish rag rugs were often beautiful, strong and practical. Their primary use was utilitarian, functioning as everyday coverings in living rooms, bedrooms, or on stairs to protect or warm the floors of the house. But weavers also paid careful attention to their design, experimenting with different patterns and colors.

Although Vilcins’ mother and sisters were also weavers, she admits that none of her younger family members have followed suit. One would think it’s a sign of the times (in 1990, due to aging demographics, the guild shrunk to just 15 members), but in recent years there’s been renewed local interest in weaving and spinning. Just last month, the guild gained five new members following a workshop.

Sue-Ellen Blekkenhorst agrees. “One of the girls who took our spinning course, she said, ‘I like this old-time stuff.’”

Kristin Keller is a perfect example. At 34-years-old, she’s a self-taught knitter who was inspired by her grandmothers to carry on the craft. She’s also passionate about hand-spinning and dying the yarn that she works with.

“I started spinning about three years ago because I wanted to make yarn that you just can’t buy in the store. Everything is so mass-produced and everybody has the same yarn, so I wanted to make stuff that was unique, 100 percent one-of-a-kind,” she told me, pulling a bundle of hand-dyed homespun purple yarn from her bag.

“I couldn’t replicate it if I tried. It kind of makes me feel good inside to have something that’s 100 percent me, it’s all me, my heart and soul is poured into it to make it and then I’m wearing it. It’s a representation of myself.”

For more information on the Thunder Bay Weavers and Spinners Guild, visit: ohs.on.ca. 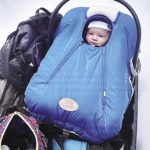 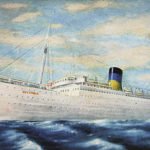 The Journey from ‘Over There’ to ‘Here’