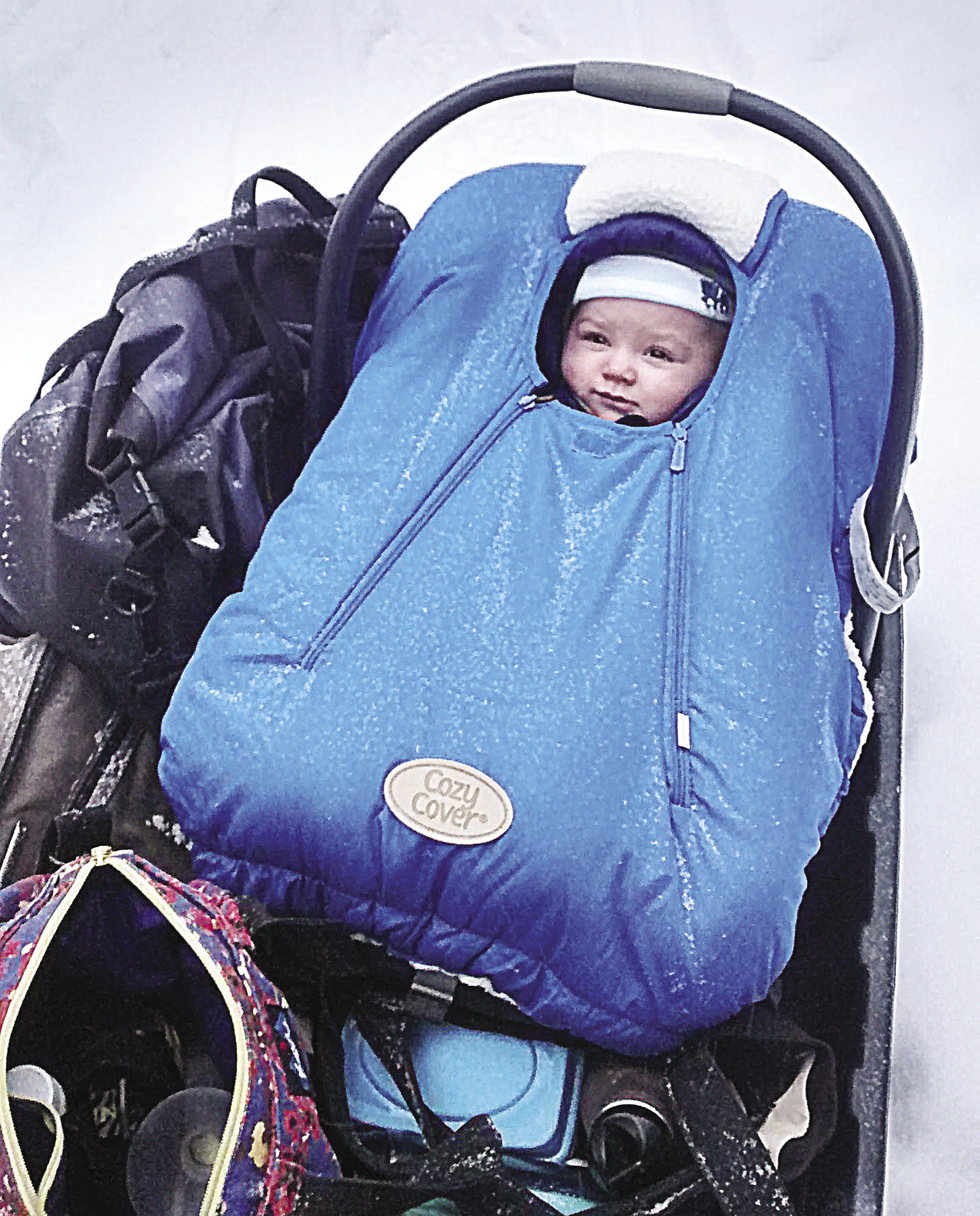 I have been telling people how busy I am for many years, and I have meant it. I have a grand propensity for saying yes to things—tasks, work, favors, hobbies—when I should say no. But this fall, I have taken “busy” to a whole new level. The mix of working half-time, nursing school full-time, being Mom, writing a little and training a dog team for the Beargrease while living at a place heated by firewood, where we haul our water from the lake and walk all our groceries, laundry, dog food and baby in and out to our cars is a mathematical challenge. I am learning to solve this math problem by mastering the art of multi-tasking.

Example: Last week, Matt and Sylvia left for Fargo early on a Wednesday morning. That took the “Mom” role out of my equation. However, I still woke up at 5:30 a.m. I am still breastfeeding, so with no baby around to nurse, I have to breast pump. So, I’m up at 5:30 a.m., breast-pumping and drinking my coffee. Then I turn on my recorded lectures for school, listen to lectures and clean some badly neglected corners of the cabin. At 8 a.m., our handler, Heather, shows up and we double team the puppy and adult dog chores. This takes about an hour, and then we get ready for a run. By 9:45 a.m. we are on the runners, go 17 miles, and are back by 11:30 a.m. I had a test to take that day, which needed to be done in town, so I take off and leave the rest of the dog chores for our handler. I drive to town while breast-pumping again, take my test, eat a quick lunch and go to work by 2:30 p.m. I get off at 11:00 p.m. and I’m home and in bed shortly after midnight. The next day is much the same, but we fit in a longer run with the dogs and after the chores are done, I drive to Bemidji for four days of nursing clinicals.

Now, I hope it doesn’t sound like I am complaining. I am proud of my ability to get it all done, though there are some things I would like to do better. Some days I watch the baby while Matt takes out the dog team. Some days I watch the baby and study. Some days the baby would like 100 percent of my attention and nothing else gets done—probably why I had to leave for Bemidji without any clean laundry. The good news is that in May, I will be done going to school, which removes a large factor from the equation, freeing up considerable time to do other things—mom + musher + writer + nurse = living the dream.

This will be our fifth winter at Mush Lake. So far, it has been earlier and colder than any previous. The first snowfalls that came at the end of October and early November quickly built up and we were on sleds by November 9, which is a record—even more so, because as-of-yet, we haven’t had to go back to the ATV. A musher friend of ours came up from Wisconsin for a week before Thanksgiving to camp and run his dogs with a sled. He even ran in to our cabin for dinner with two dogs pulling him—our first visitor by dog sled. Unfortunately, the day after Thanksgiving, it warmed up and rained. The trails turned quite icy. Still we have persevered, running small teams, usually six to seven dogs on a sled. The upside is that we have had our entire network of trails—much of which are snowmobile trails, entirely to ourselves—just a narrow trail groomed by the dogs through the vast amount of land around Pine Mountain, the Brule River and the Lima Grade. One area of running water that usually freezes over in January froze mid-November. We haven’t had to worry about snowmobiles coming around the corner. We are probably the only mushers on sleds in the Midwest, and possibly in the lower 48. Mush Lake is unarguably a great place to raise and train sled dogs.

One night, while Heather and I were out running the trails, coming up the Lima Grade and about to turn off onto the trail that takes us back home, I saw a blazing light up ahead. At first I thought maybe there was a new logging operation. Then I could see sparks rising in the air from a small fire. I could quickly see that the lights and activity were situated precisely where we needed to turn—which made the dogs speed up. The road we were running was quite icy, and I dug deep with the brake trying to slow down.

“Easy, dogs, easy!” I called to the dogs who pretended they were deaf.

I could soon see a large wall tent, a truck and a campfire with no person in sight. I braced myself for a spectacular crash. Somehow, a narrow passage opened up between the tent and the truck, and my team ran through. I turned around, trying to see if Heather’s team was navigating the path okay. I could see them running between the tent and the truck. She later told me, a man heard my team run by, opened the tent door in time to see her team running toward him. He looked quite startled apparently until he realized it wasn’t just a bunch of dogs (or wolves) running towards him but also a human, and he waved as she ran past.

We remain behind in training miles compared to last year, but we think the dogs are strong. We will be ready for the Gunflint Mail Run, January 6. Matt will run a 12-dog team and Heather will run in the 8-dog class. Then it’s on to Beargrease. I am looking forward to handling without a baby in utero. Sylvia will be in the able hands of Grandma and Grandpa and cheering Dad on at the finish. 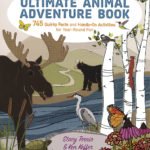 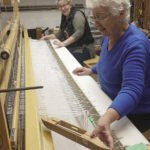 From Rags to Rugs: An Enduring Form of Folk Art