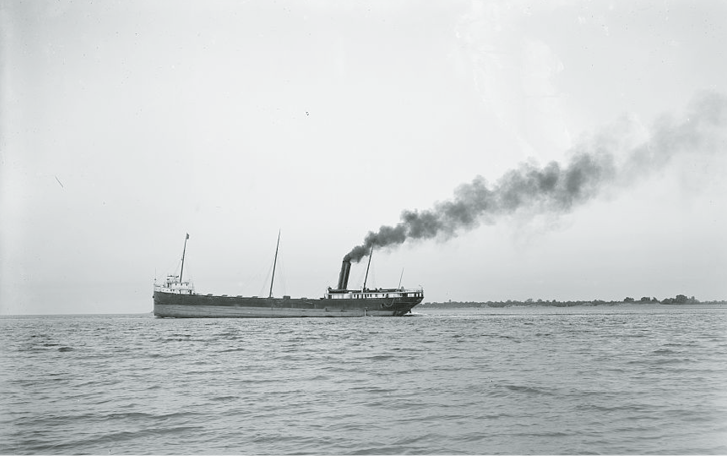 The City of Bangor was built in 1896 at Bay City, Michigan, converted to an automobile carrier in 1926 and the same year in November was wrecked on Lake Superior during a brutal winter storm. | LIBRARY OF CONGRESS

On November 30, 1926, the steel steamer 445-foot-long City of Bangor, with a crew of 29, was heading for Duluth from Detroit loaded with 220 new cars worth approximately $250,000 (2019 value about $3.6 million)—mostly Chryslers, some Whippets—when she was caught in a blizzard and heavy gale around Eagle River on Lake Superior. (Figures vary as to the number of cars, some reporting up to 250 cars; I used Dr. Julius F. Wolff Jr.’s figures from his book, Lake Superior Shipwrecks.) The City of Bangor was built in 1896 at Bay City, Michigan and converted to an automobile carrier in 1926.

Captain William J. Mackin decided to seek shelter on the lee side of Keweenaw Peninsula. According to newspaper reports, green water (a large quantity of water on ship’s deck from massive waves) was already sweeping across the decks when her steam steering gear failed, just before rounding the Keweenaw Point.

Having lost control, she was being battered, falling into the trough of the waves. Swept overboard into the lake from the upper deck were 18 of the new Chryslers. Then, at 6:10 p.m. about two miles west from the Point and six miles east of Copper Harbor, the City of Bangor was driven broadside on the rocky shore. The pounding waves breached the ship’s hull, and the freezing water rushed in, shutting down her engines. It didn’t take long for the City of Bangor to become a ship enveloped in ice.

In the freezing cold and pitch dark, the crew used a lifeboat to get ashore and wandered around in the woods (snow was four feet deep, with 14-foot drifts in places), looking for shelter. Finding none, they built a bonfire to keep warm. They had no food, no heavy clothing or boots, and no way to send out a call for help.

But luck was on their side. By chance, another ship—the 286-foot-long Timothy Maytham—that had been stranded by the same storm nearby on the rocks, set in motion Bangor crew’s rescue a few days later. As the story goes, Captain Anthony “Tony” Glaza and the cutter from the Eagle Harbor Coast Guard rescued the crew from the Maytham and were on their way to Copper Harbor when they spotted the abandoned ice-covered City of Bangor on the rocks; about an hour later, Bangor’s bedraggled crew was sighted walking on the beach. Captain Glaza shouted out he’d be back to pick them up that night. And he did, bringing them to the Eagle Harbor base. Nine men were suffering from frozen limbs, and the others from frostbite and exposure; they all survived.

So what happened to the 202 remaining new automobiles still on board the wrecked City of Bangor? And how would you get them out?

According to an article in the Green Bay Press Gazette on February 3, 1927, a Duluth firm had the salvage contract for the cars, with operations to begin as soon as the ice had frozen solid around the ship. Until then, the Gazette reported, “The Duluth firm keeps a watchman in a shanty in the woods….He is at watch day and night to see that no further harm comes to the cargo of the City of Bangor.”

During winter, the salvors returned to the Bangor, built an ice ramp to the ship’s hold for the cars to be driven off the ship from the lower deck. No easy job as the decks were reported to be covered with ice 10 feet thick and each car had to be chopped out of solid ice. Once hewn out, in March 1927 the cars, which were mostly in good condition, were carefully driven eight miles on the lake ice along the shore to Copper Harbor. After a giant rotary plow opened the road at a rate of a mile a day through 12 feet of snow to Calumet, the cars were driven there to be shipped by rail back to Detroit where they were reconditioned and sold. One of the ship’s 1926 Chryslers is now an exhibit at the Eagle Harbor Lighthouse and Museum.

The City of Bangor shipwreck was a total loss. In 1929, salvors cut her down to the waterline and in 1942, the remaining underwater portion was scrapped on site. Today, the City of Bangor shipwreck site is part of the Keweenaw Underwater Preserve and can be visited by scuba divers. The Thomas Maytham, built in 1892, was released from grounding by tug Favorite, went back in service and in 1942 was given to Great Britain; on June 18, 1942, as part of the Canadian Merchant Navy while enroute from Corpus Christi, Texas to Cristobal, she was torpedoed by German Sub U-172 and sank.

(Coincidentally, a year later on December 1927, the steamer Altadoc was headed for Fort William—present-day Thunder Bay—when her steering apparatus was smashed in a gale. Blown by wind from the Canadian shore, she drifted for six hours in mountainous waves right across Lake Superior, and ended up wrecked a short distance from the site of the City of Bangor.) 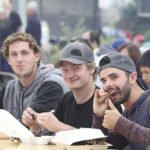 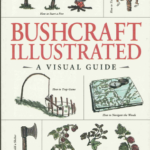