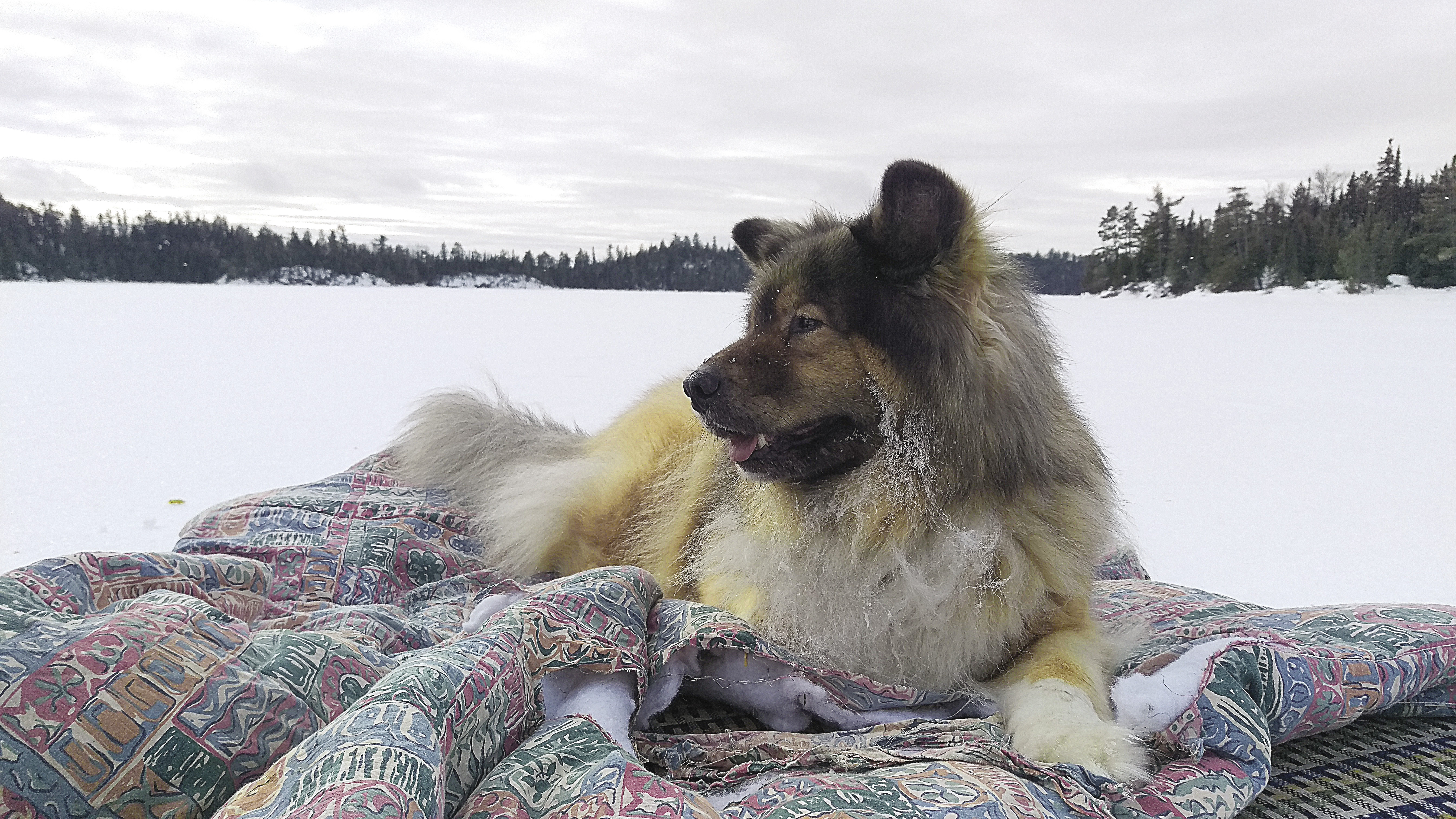 A dog’s version of glamping? Timber out on the lake during a day of ice fishing. | JULIA PRINSELAAR

Earlier this month, my partner and I celebrated the one year anniversary of adopting our dog. We found Timber, a mixed breed, through a local dog rescue agency. As with any rescued animal, I had questions: What was his history? How did he end up without a home? What were his previous owners like? Are there any kind of behavioural or health issues I should be worried about? Most of the answers presented themselves in time and others I’ll never find out.

What quickly became evident, however, was Timber’s incredibly docile demeanor. To a wary stranger or small dog, his heavy-set appearance and jovial approach might be intimidating at first. But the minute he interacts with other beings, Timber is a far cry from the ancient predatory lineage that he descended from. Not long after a few sniffs, he’ll playfully dash in the snow, sit for a treat or roll over for a belly rub.

I keep hens in my yard, so the ultimate test was how well they took to Timber. I often let the birds roam freely on the lawn in the summer to scratch for bugs and other snacks. But if they become frightened, they stop laying eggs. Or worse, what if the dog had a penchant for poultry?

To my amazement, Timber offered nothing more than mild curiosity to the birds. At first, he observed the flock in the classic pose of intrigue, head cocked to one side. And yet, no action. The hens seemed more wary of him, keeping their distance at first, but slowly growing accustomed to his nonchalant presence. These days, Timber usually lays on his side, half asleep while the ladies graze the grass around him.

How these animals are able to peacefully coexist made me think about the domestication of canines and what’s left after generations of breeding out unfavorable traits in exchange for loyalty and friendship.

Our human race has relied on domesticated dogs for thousands of years—research suggests at least 30,000, in some cases—for travel, commerce, protection, hunting, wayfinding and companionship.

In the vast and unforgiving North, human habitation and trade wouldn’t have been possible (or not nearly as easy) without sled dogs. Canines also kept a watchful eye over children and valuables, had a keen awareness of predators and accompanied hunters to flush out and retrieve wild game. Generations down the evolutionary line, their loyalty continues to serve our needs. In exchange, humans provide food, warmth and protection to the point where dogs now share our homes, our sofas and even our beds. Just how did this symbiotic relationship develop in the first place?

Dogs were one of the first domestic animals with whom humans developed close relations, but how it began is debatable. Did humans make the first move toward friendship with dogs, or was it the other way around? When examining such an ancient relationship, one can only theorize; but some experts suggest it’s more likely that wolves adopted us.

Dr. Brian Hare, director of the Duke Canine Cognition Center and Vanessa Woods, a researcher at Duke University in North Carolina, challenge the general assumption that an empathic hunter-gatherer adopted a pack of orphaned wolf puppies, tamed them over time and recognized the benefits of having them around—so much so, that they’ve evolved into the domestic dog today.

In an article in National Geographic, the authors suggest that most likely it was wolves that approached humans—the ones that were friendly and non-aggressive would have been tolerated.  After all, humanity’s relationship with wolves has been pretty ruthless: over time, we have systematically eradicated them from the landscape. Why would we, as hunters, want competition? Instead, offer Hare and Woods, dogs owe their success to survival of the friendliest, not the fittest.

This is found in Roman mythology with the story of Romulus and Remus, a pair of abandoned twins who were later rescued and nursed by a female wolf. And eventually with domestication, dogs developed the ability to read human gestures, furthering their capacity to cooperatively hunt and protect their human counterparts. The author also suggests that dogs became a food supply in hard times, but we can just skip that part.

It’s incredible to witness my dog methodically whittle down a beef bone, sniff out a set of tracks, share a bowl of food with my kitten and casually observe my free ranging chickens. He’s a mishmash of traits, some that come instinctively and others produced by generations of breeding. I don’t rely on him for survival, but he never lets me down as my companion. 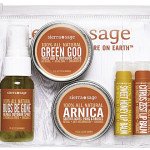 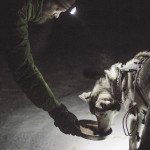