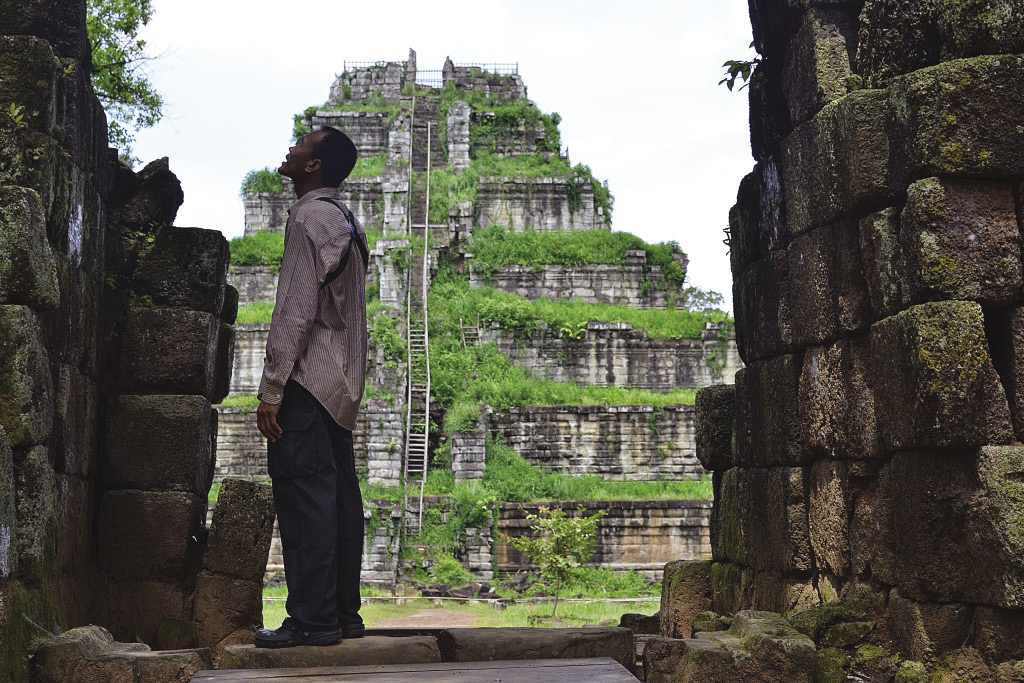 Nara Duong, a birder at the Sam Veasna Center, acts as a tour guide through parts of Cambodia. | DIANA GERGEL

Nara pulled the car over on the side of a narrow road and got out to stare up into the sky. With a quick smile, he pointed and I looked up to see the dark flash of a wing. Then he would set up a spotting scope, find the bird at rest, and allow us to look. He always knew their names, long before examining them through the lens: woolly-necked stork, ashy drongo, large cuckooshrike, rufous treepie, black-crested bulbul, rufescent prinia. He could hear their identifying sounds while all I noticed was the rustle of rice stalks or the far-off whine of carts motorized with tractor engines.

My friend Diana and I were spending the day with Nara Duong, a birder at the Sam Veasna Center, exploring the countryside of rural Cambodia, north of Siem Reap. The Center arranges trips into Wildlife Conservation Society sites across the country, in an effort to provide sustainable livelihoods from ecotourism for local communities.

The Center’s namesake, Sam Veasna, was a pioneering Cambodian naturalist who discovered and cataloged many conservation sites across northern Cambodia. He found large populations of crimson-headed sarus cranes, which were thought to be near extinction, in the northwestern corner of the country. This led to the creation of the Ang Trapaeng Thmor Crane Sanctuary, which protects over 10,000 hectares of land, and is also home to other threatened species, like the long-tailed macaque, Eld’s deer, and the Asian box turtle. Often reaching six feet tall, the sarus crane is the world’s tallest flying bird.

In 1999, while surveying the country’s northern plains for the possibly-extinct kouprey, a forest-dwelling ungulate, Veasna contracted malaria and died at the age of 33. In the 1990s, there were between five and 10,000 deaths per year in Cambodia due to malaria. Now, according to the National Malaria Center, only 12 deaths occurred due to the mosquito-born disease in 2014.

Nara told us he had not finished high school, and used to work as a driver, making three dollars per day (the average annual income in Cambodia is $750).

“What does a guide typically make in Siem Reap?” I asked him, politely.

“Around thirty dollars a day,” he replied. “But I’m very poor. For now, I sleep in a room at the birding center I work for. But I’m not sure how much longer they will allow me to do this. I want to be a temple guide. They can make more money. But first you must pay a very big sum to be allowed to do this.”

We continued walking down a dirt road. Ivy crawled up skinny tree trunks poking through lush stalks of rice, golden in the early morning light.

We saw dozens of bird species that day, but the critically endangered vultures remained elusive. Vulture populations on the Indian sub-continent are plummeting due to the use of the anti-inflammatory drug diclofenac, which is administered to sick livestock but is poisonous to various vulture species. The Sam Veasna Center now leads tours to the Veal Krous Vulture Restaurant in the Preah Vihear Protected Forest, where visitors have the opportunity to witness a frenzied feeding, since Cambodia’s remaining vultures now rely on supplementary food. A dead cow is provided, and up to 80 vultures descend into the macabre, prandial turmoil.

Passing fields of banana trees beneath a sky splotched with gray-bottomed cumulous clouds, we continued northeast to Koh Ker, a tenth-century city once serving as the capital of the Khmer Empire, moved by King Jayavarman IV from Angkor Wat in the year 921. One of the site’s temples is designed like a Mayan stepped pyramid, standing over 100 feet tall, with long, thick grass growing on each terraced edge. To the north lay the lowlands and swamps of Kulen Prum Tep Wildlife Sanctuary, originally created to protect the kouprey, and the Thai border. It is unknown whether any kouprey remain in the world.

The sun shone blindingly, the heat all-consuming. I sat on a wood log at the base of the pyramid while Diana climbed up. I was sick with something flu-like, and stayed stationary in the shade, beneath a tree canopy hopping with woodpeckers, nuthatches, and collared falconets. The site was still mostly empty of other people; demining occurred only recently. Cambodia continues to have one of the highest casualty rates due to land mines in the world, though the decades of civil war and genocide ended over 30 years ago.

A few walls and columns of ancient temples remained vertical, amidst a jumble of angular pieces of stone, demolished by time. Trees sprouted up through the rubble, remaining branchless for dozens of meters, their bark smooth and white. Unlike Angkor Wat, scaffolding, metal braces and construction workers were absent. Shards of intricately carved, mossy stones lay strewn in the wreckage.

Leaving Koh Ker, we pulled down a narrow, orange dirt road, stopping to watch the treetops of deciduous dipterocarpaceae. Now the birds were more reclusive, as the day grew hotter, the sun high overhead. I asked Nara if I could go behind a tree to pee.

“No, better not,” he answered quietly. “There are still mines around here. May not be safe. We’ll drive to a bathroom.”

Driving back towards Siem Reap, we stopped at Beng Mealea, a sandstone temple complex largely unrestored. Elevated boardwalks of dark brown wood wound through ruins, where thin roots netted the stone walls with their serpentine branches, grasping, suffocating impermeability, avaricious for stone. These trees were living spider webs, entwining their prey as if hoping to suck their lifeblood as their own. Gray and white lichens grew like splattered paint on roots and stone alike. Nara sat on a stump in the shade while we wandered beneath the mottled light, staying abreast of the jungle’s tentacles.

“No money, no honey,” he sang in a lamenting tone.

I heard a faint tapping sound.

“Ah! A coppersmith barbet!” he continued, his voice cheerful again. 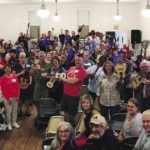 From Humble Beginnings: An International Carnival 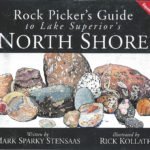