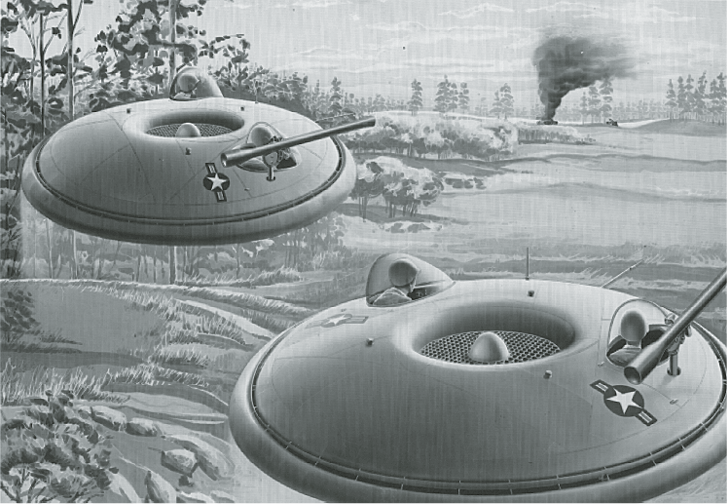 The U.S. Army was experimenting with developing a fleet of “Flying Jeep” tactical combat aircraft and became interested in the Avrocar with its VTOL capability. | WIKIMEDIA

In the 1950s at the height of the Cold War, did the Canadian and U.S. governments really spend millions of dollars to develop and build a ‘flying saucer’ that could soar to 100,000 feet, reach speeds of 1,500 mph, have vertical take-off and landing (VTOL) and a maximum range of 1,000 miles?

Well, yes, they did.

Leading the projects was a highly-regarded British-born aircraft designer, John “Jack” Carver Meadows Frost, who in 1952 was working in Toronto for A. V. Roe Canada Limited (Avro), a Canadian plane maker based in Malton airport (now Toronto’s Pearson International Airport). Frost was on the team that developed the high-speed interceptor jet, the CF-100 Canuck, the only fighter jet ever designed and built entirely in Canada that went into large-scale production.

But Frost—who was fascinated by reports of unidentified flying objects (UFO) shaped like flying saucers—had an additional goal: to design and build a circular supersonic aircraft shaped like a flying saucer. After researching about 200 sightings, he narrowed the incidents to two which couldn’t be explained. He did wonder though if the Germans, with their advanced aeronautical technology, might have been experimenting with an aircraft shaped like a saucer.

Moving forward with his goal, he designed, built and successfully tested a model of a disc-shaped VTOL aircraft. It was enough to convince Avro management to support Frost’s project, codenamed Project Y, to develop a full-size mock-up flying saucer prototype. Avro and the Canadian government provided the initial funding.

Security was tight, but news of Avro’s secret ‘flying saucer’ project leaked out. An article titled “Takes Off Straight Up…Malton ‘flying saucer’ to do 1,500 mph” in the Toronto Star on February 11, 1953, reported about “a wooden mock-up” that was behind “tarpaulin screens in Avro Canada’s experimental hangar at Malton, to which only holders of ‘super-security’ cards are permitted…No project of this kind is known to be under development elsewhere in the Western world.”

After Avro estimated development costs for the flying-saucer aircraft to be above $100 million, the Canadian government walked away from financially supporting the project. However, the U.S. Air Force was interested and provided funding, later joined by the U.S. Army. In his book Avrocar: Canada’s Flying Saucer, Canadian author Bill Zuk writes that from 1955-1959 Frost and his design team focused on development of the V2-9AV “Avrocar” as part of the USAF Weapons Systems 606A project and later, as a prototype for the U.S. Army’s proposed ‘Flying Jeep” series of vehicles to be known as Avromobiles.

So, how was this supersonic flying-saucer going to fly? Included in the U.S. documents about the Avrocar declassified in 2001 by the USAF was a 117-page report detailing Frost’s design. It said the proposed craft would feature a “central turbine, called a turborotor, powered by six turbojet engines.” The air sucked in by the turborotor would be directed through the body of the aircraft and the “exhaust exited from the vents placed along the circumference of the aluminum saucer; vanes and shutters directed the exhaust toward the ground to hover.” Another document reported that Frost predicted the saucer could travel at Mach 4 with “a ceiling of over 100,000 feet.”

Two prototypes of the Avrocar were developed for the USAF and U.S. Army. The first Avrocar (S/N #58-7055) was constructed in 1958 and after completing a 32-hour static rig test at Avro in Malton, was sent to California’s NASA Ames for series of wind tunnel for testing in April 1960 and April 1961.

The second Avrocar (S/N #59-4975) was constructed in 1959 and underwent about 75 hours in a test flying program in Malton. Its first free-flight test was on November 12, 1959, followed by further tests in January 1960 and July 1960-1961. Testing did reveal deficiencies in stability and performance. While the first prototype Avrocar was never flown, the second Avrocar flew only three feet above ground, displayed uncontrollable pitch and roll motions (“hubcapping”), and could only reach a speed of 35 mph.

Frost and Avro redesigned the Avrocar with modifications that might have solved the problems but it was too late. As Zuk reports, “In December 1961, the Avrocar and related VTOL programs were officially completed as the U.S. military rejected new company redesigns and halted any further research effort.”

And on April 30, 1962, A. V Roe Canada Limited (Avro)—which had already been dealt a blow with the sudden cancellation by the Canadian government of its delta-winged CF-105 Arrow “Avro Arrow” supersonic fighter jet program—ceased to exist. Two years later Frost was in New Zealand, designing aircraft and after retirement, taught university students before his death at age 63 in 1979. (Years later, Frost’s design concept was used in modern aircraft like the F-35B Lightning II and F-22 Raptor.)

The good news is that both the two Avrocar prototypes still exist. Since 2007, the first prototype Avrocar has been at the National Museum of the USAF at Wright-Patterson AFB, Ohio, while the second Avrocar is at the U.S. Army Transportation Museum at Fort Eustis, Virginia.

The first prototype Avrocar VZ-9AV has been at the National Museum of the U.S. Air Force at Wright-Patterson AFB, Ohio since 2007. 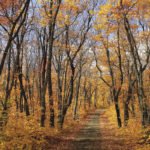 Set off on a Backroads Adventure! 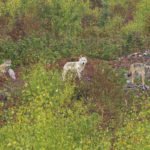