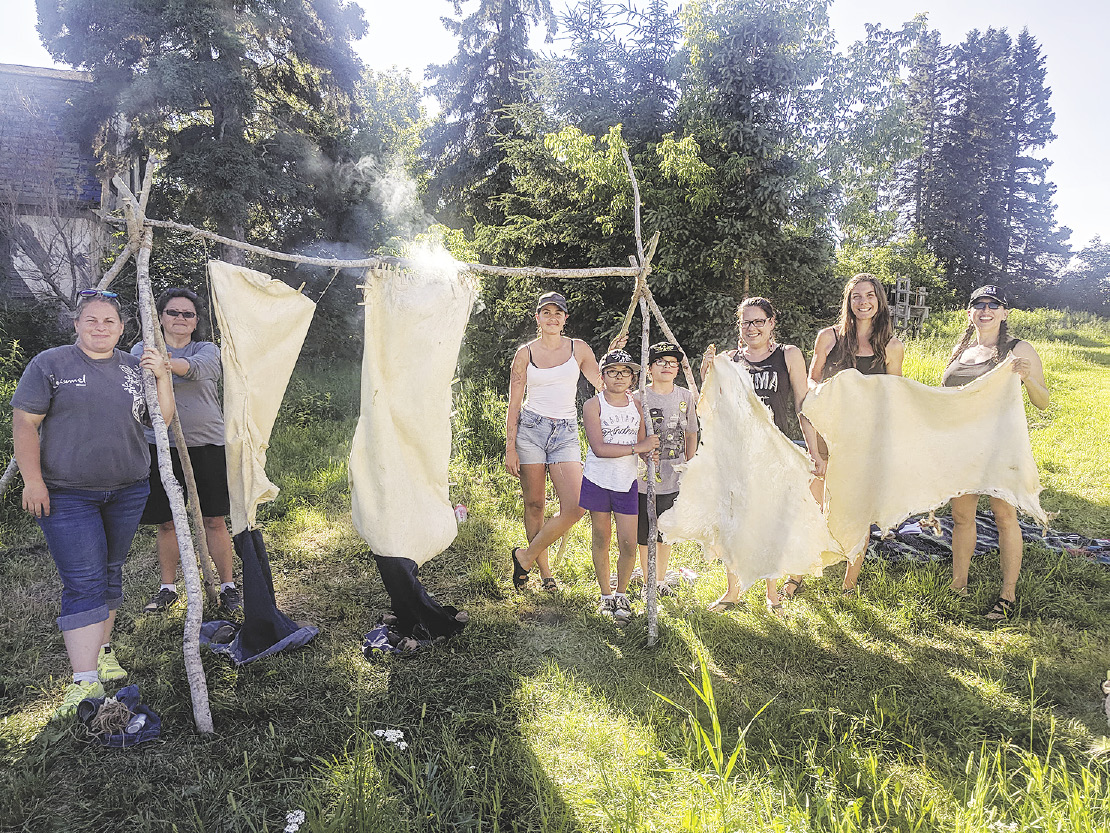 I’ve been brain tanning hides for a handful of years now, mostly self-taught, without much guidance from mentors. In addition to trial and error, most of what I have learned has come from books written by white Americans, workshops offered by white instructors, and demonstrations led by white people. I am white, too.

It’s true for most of us, if we reach back far enough, that we could trace our lineage to a time when our ancestors, at some point, in some part of the world, made shelter, crafts and clothing from animal skins. There are accounts of brains and/or smoke tanning by the Zulus of southern Africa, the Chukchee of eastern Russia, and nomadic peoples of Asia, China, Japan, South America and North America. The North American fur trade was the backbone of industry development in the 1500s after European contact, and New York later became an epicenter for commercial tanneries. Still, imported leather came from places like Berlin and London.

While there may be as many different methods of tanning hides as there are ethnic groups who developed them (brains, liver, urine, smoke, sweet corn, tree bark, soap and eggs to name a few), the principle of scraping a hide, treating it with a preservative, and pulling it dry remains the same.

Over the years, I’ve received tremendous support for what I do and share, especially recently since I’ve started instructing deer hide tanning classes. And that includes, thankfully, support from Indigenous people. My students are a mix of Indigenous and non-Indigenous people who come together for four days to work together toward a common goal. To my knowledge, I haven’t been accused of being a white person appropriating an Indigenous cultural skill.

But given the fact that Indigenous nations in Canada are arguably some of the last in the world who remain familiar with traditional hide tanning (many people I’ve talked to grew up with their mother, auntie or grandmother tanning hides), it often surprises my white friends when they learn that a growing number of students who attend my classes are Indigenous.

“I thought they already knew how to do that stuff,” is a common remark. And yet, I have conversations with the same people about spending more time with our parents and grandparents to learn how to make certain cultural food dishes before they’ve passed on and the secrets have died with them. So there’s an understanding that the teachings of our elders will disappear if they aren’t lived, shared and maintained. Yet we assume that Indigenous people automatically inherit traditional knowledge.

During the first class I ever taught, I met an Indigenous woman who has now become a friend. She traveled from Sioux Lookout, a small northern Ontario town to learn how to brain tan deer hides.

On the morning of our first day, we did a round of personal introductions. When it was her turn to speak, she said something to the effect of, “You know, it’s kind of funny how we’re in this position,” gesturing to another Indigenous woman in the class, “learning this skill from you.” Her tone wasn’t inflammatory or critical, but it reflected an observation of what was, undoubtedly, the elephant in the room: Here I am, a white woman in a post-colonial era, teaching an Indigenous skill to Indigenous people. What was going on here?

My friend Tom Terry once said that it has taken generations upon generations for nations and ethnic groups to develop the skills to live in intimate coexistence with the landscape. Yet in just a fraction of time, colonialism, racism and modern influences have brought these practices to the brink of extinction.

The technological conveniences of a modern world have replaced Old Ways. The snowmobile outran dog sleds. The combustion engine rendered the horse and carriage obselete. And chromic acids have replaced the lengthy and labour-intensive process of tanning animal hides naturally.

In addition to that, the legacy of colonialism in North America and around the world has confined many traditional land-based skills to groups living almost exclusively on the fringes of society. People living on islands, in isolated communities, or in the far north still hunt, gather, trap and fish for sustenance. Others living in or around metropolitan areas are being integrated into the lofty promises of convenient modern-day culture. And that includes most of us white folks, only we seem to be the product of civilization at a more advanced stage of alienation from our land. As a descendant of settlers in a new country, I often think of myself as orphaned from the relationship to the home that culturally and spiritually defined my ancestors. The generations that followed have had to forge a new, somewhat unguided path.

Almost one year after that initial class, I found myself traveling to teach. The woman from Sioux Lookout who took my first hide tanning class is extremely crafty, skilled in fashion designing, cooking, and making just about anything with her hands. Tanning is no exception—she’s a natural—and she offered to bring me up to run a class with the intent of apprenticing under me in order to run future classes of her own.

After four days of class, she and I were sitting in front of her home, smoking two deer hides late at night by headlamp. As we watched wisps of smoke billow from between the seams of the hides, we talked about reconciliation between Indigenous and non-Indigenous people. Who initiates reconciliation, and what does that look like?

I found myself reflecting on how I’ve been able to reach out to someone who wanted to learn how to tan hides, a skill that is within her living memory, but is seeking repair. The chain was broken. Was I here to help fix it?

“We think that reconciliation has to come from white people,” she said. “And you’ve started a movement. This is like your act of reconciliation.”

At that moment I knew that what I was doing had merit. I had found a bridge, a connection, a meeting point. She thanked me for sharing all that I knew about hide tanning so that she may carry on with her own endeavors. To me, the knowledge is where it is meant to be. We cannot undo the past, but we are capable of trying to cultivate a better future for meaningful coexistence. 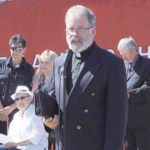 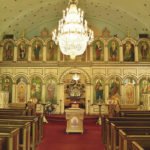