When I was a kid, “the River” was part of my life. We went fishing there, shot ducks in the fall and often just roamed, either in the boat or along its banks. For my father, who’d grown up in the Gary-New Duluth neighborhood of far western Duluth, the River was as familiar as his own backyard and the epicenter of his outdoor life. He never called it anything but “the River.”

The River had a name, St. Louis River, the mighty Lake Superior tributary that rises in the highlands of the eastern Iron Range, flowing west then south until it enters the westernmost tip of the Great Lakes via the giant estuary that forms the Duluth-Superior Harbor. The River as we knew it was the upper end of the estuary to the Fond du Lac hydroelectric dam.

The River was as industrial as it was wild. During the previous one hundred years, it had housed grain elevators, ore docks, sawmills, manufacturing plants, a steel mill and more. Upstream in Cloquet, a papermill discharged effluent into the River, giving it a distinctive, rotten egg smell. That smell also permeated the taste of the fish in the River, so we didn’t eat them.

Exceptions were made for fish that entered the River from Lake Superior, such as smelt. I recall a spring morning when we easily dip-netted a pail of spawning smelt in Chambers Grove Park. Back then, smelt were the dominant baitfish in Lake Superior, because they outcompeted native herring and boomed due to a lack of predators. Lake trout, the native predator, had been decimated by over-harvest and the invasion of parasitic sea lamprey through the St. Lawrence Seaway.

Smelt were followed by a spawning run of Lake Superior walleyes, which provided some of the best trophy fishing in the state. Back then, everyone kept big walleyes. It was common to see anglers lugging stringers of lunkers. Because the walleyes were only in the river a short time, they were considered safe to eat. But you could taste the River in the filet. Sometimes we fished below the Fond du Lac dam, where giant cakes of dirty foam floated downstream. I don’t know if they were evidence of pollution, but we thought so. Sometimes we fished in a back bay near the city steam plant, where bean sprouts floated on the water. I was told they came from a nearby food-processing plant.

In the fall, we trolled with Strip-Ons and sucker minnows to catch big northern pike that came up the St. Louis River as the waters cooled after the first frost. They were short and stout; well fed on a smelt diet. Although we never caught any really big ones, pike topping 20 pounds were not uncommon. I was once told the River’s summer oxygen levels were so low that the pike were forced to migrate to Lake Superior. That may explain the massive black bullheads we caught if we went fishing before the pike arrived. Bullheads can tolerate poor water quality.

I shot my first ducks in the vast marshes on the River. Even though it was within the city limits of Duluth, the St. Louis River was open to hunting. The estuary attracted a tremendous flight of waterfowl, although Dad said it was nothing like the duck hunting he recalled from his youth. He talked about beds of wild rice that had since disappeared, along with other aquatic growth ducks liked to eat. A relative, now deceased, once told me that as a young man he shot (poached) black ducks at night by the light of the open-hearth fires at the steel mill. You don’t hear many stories like that anymore.

The steel mill was still in operation back then. It, too, polluted the river. Nearby was a huge cement plant. I can remember seeing the grey cement dust covering the cars when we visited relatives in the community of Morgan Park. I don’t recall if anyone was concerned about the dust in the air they breathed.

The steel mill closed in the 70s, followed a few years later by the cement plant. Those closures and others within the industrial sector plunged Duluth into an economic depression during the late 70s and early 80s. It was during this era that the River took a turn for the better. The establishment of the Western Lake Superior Sanitary District greatly improved sewage and wastewater treatment for Duluth and Cloquet. I believe that brought an end to the paper mill discharge into the River. The year the sewage treatment plant came on line was one of exceptionally high spring flows, allowing the River to begin flushing and cleansing itself.

Almost overnight, the St. Louis River became a fishing hotspot. Once ignored by everyone but a handful of local anglers, the River suddenly became a walleye fishing mecca. As the water quality improved, so did the fishing. In addition to walleyes, anglers now catch muskies, crappies, smallmouth bass, channel catfish and even lake sturgeon. I don’t recall catching any of these species in the River when I was a kid.

Other changes happened, too. I remember when we were told not to drink the water coming from our taps in Duluth, because the source, Lake Superior, contained asbestos-like fibers originating from taconite tailings dumped directly into the lake. Eventually, Duluth got a better water filtration system and a federal court case forced the mining company to dispose of its tailings on land rather than in the lake. Around the same time, Superior’s lake trout began to rebound due to an extensive stocking program and targeted sea lamprey control. The lake trout and other stocked trout and salmon preyed upon smelt, diminishing their numbers and allowing native herring to recover.

The positive ecological changes that occurred on the St. Louis River and in the big lake weren’t happenstance. They were the direct result of America’s environmental awakening during the 1960s and ‘70s, which led to the passage of bedrock laws like the Clean Water and Clean Air acts. Politicians of both parties supported government investment in restoring and protecting our lands and waters for one simple reason: the common good.

I may be nostalgic for the times I spent on the St. Louis River with Dad, but I don’t want to return to them. The old saying is those who forget the past are doomed to repeat it. Presently, politicians at the national and state level seem determined to tear apart the laws intended to our air and water quality. I don’t know if these politicians are forgetful, or just greedy and short-sighted. I don’t really care. But I fail to see how anyone who breathes air or drinks water will be better off due to their actions.

Out on the River, Dad used to ask this question about polluters and the politicians who enable them: “Where do these people think they are going to live?”

I still don’t know the answer. 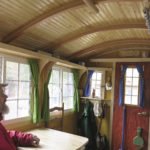