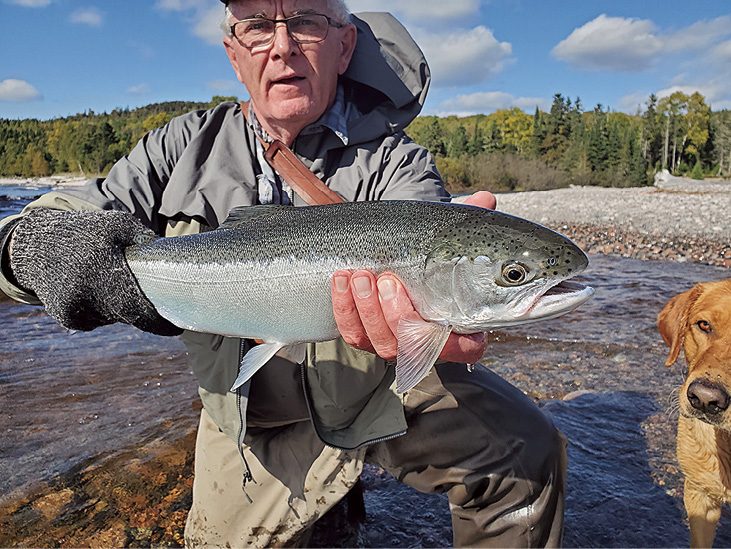 The days of catching lots of steelhead like this one may be slowly coming to an end, due to changing conditions in Lake Superior. | SHAWN PERICH

The fish population of Lake Superior experienced extraordinary changes over the past 100 years or so. Starting in the 1890s, the arrival of commercial fishing efforts greatly increased fish harvests of native fish species. New technology allowed for the capture of fish at greater rates than the native harvesters, which had survived on fish for thousands of years. As transportation improved, it became easier to transport Lake Superior fish to larger markets.

During the same era, non-native fish species entered Lake Superior, some intentionally and some unintentionally. One of the first intentional additions was the rainbow trout, which was native to the Pacific watersheds of the U.S. and Canada. The rainbow was popular with anglers and became an important species in the sport fishery. However, the rainbow really didn’t take off in abundance until the crash of the native lake trout and whitefish, caused by the arrival of non-native smelt in the 1950s. The rainbow is able to at least partially fill the void left by the collapse of lake trout and whitefish.

Other changes were caused by other reasons. Black Bay in Ontario once supported a significant native population of walleyes, northern pike and yellow perch. This population was destroyed in the mid-1900s by heavy commercial fishing pressure, opening up additional water for steelhead. Here again, steelhead were able to thrive, creating good rainbow fishing in a number of Black Bay tributary streams. Significant populations appeared in rivers such as the Wolf and the Black Sturgeon, as well as numerous smaller streams. Beginning about 15 years ago, the walleye, northern pike and perch populations began to recover due to the reduction in commercial fishing harvest. As the native fish returned, the steelhead population began to crash. One small stream where steelhead research had occurred, the population of this non-native species dropped from over 1,200 fish during the spring run to around 100 fish today. It is unlikely Black Bay steelhead fishing will recover.

Just south of Black Bay is a body of water known as Thunder Bay. While walleyes are migrating into Thunder Bay into the summer, then returning to Black Bay in the fall to spawn, they don’t seem to be affecting Thunder Bay’s steelhead populations. The reason is that most of Thunder Bay is comprised of deep water, which is not good habitat for walleyes. However, north of Black Bay is Nipigon Bay, which contains the Nipigon River, the largest body of water flowing into Lake Superior, as well as numerous other tributary streams. In Nipigon Bay, there is extensive shallow water habitat, thus the expansion of walleyes appears to be having a much greater affect on steelhead populations. The Nipigon River, which as recently as 15 years ago supported an extensive steelhead population, appears now to have reverted to a walleye fishery. My friend Gord Ellis, who spent 30 days last summer guiding and fishing on the lower Nipigon River said he only landed two steelhead. He is concerned that very popular steelhead rivers lying to the east of the Nipigon River, such as the Jackpine, Cyprus and Gravel, may suffer a similar fate since they too enter shallow bays in Lake Superior. If this occurs, it will have a broad effect on steelhead fishing on the western end of Lake Superior.

The Canadian coast is not the only place where steelhead populations may be making major drops. Recently, I talked to an angler who told me it appeared the rivers east of Grand Marais were also experiencing a steep decline in steelhead numbers. While these rivers are in my backyard, it is hard for me to make a judgement on the quality of the fishery currently since we just experienced two years of drought, followed by a high-water event last spring. The fishing conditions simply weren’t conducive to good fishing. However, one large change did occur during that same time period—there was a significant increase in commercial fishing efforts along that portion of coastline of Lake Superior. While the commercial effort is targeted at lake trout and herring, perhaps steelhead and other fish species are appearing in the bycatch of that effort. Because these rivers are small, and even in the best of times support only limited numbers of steelhead, it would not take much of a decline in populations to have a significant effect on fishing quality. Even without the commercial fishing effort, it is likely that catch and release fishing, at least in some of the smaller creeks, is leading to catch rates that exceed the actual number of fish running the streams. How could this be? Anglers are actually catching and releasing some fish more than once. We truly don’t know what affect this may have on the survival of steelhead.

On the other end of the Minnesota coast near Duluth, other factors may affect steelhead survival. The harbor of the St. Louis River estuary has long supported a healthy population of walleye, northern pike and perch. As such, it has never been a steelhead fishery. However, the rivers heading up the North Shore from Duluth all support steelhead populations. In recent years, the Minnesota DNR has changed stocking regimes in these streams. For a long period of time these rivers were stocked with a rainbow trout strain known as the Kamloops. In recent years, they decided this strain may crossbreed with the so-called wild strain of steelhead the lake supports. Dropping the Kamloops stocking, they began stocking offspring of the native strain instead. It remains to be seen how well the new stockings will survive. If the new stockers prove less effective than Kamloops, it may reduce the number of steelhead available to anglers in the Duluth area. While it is too soon to know what will occur, some Duluth area anglers believe steelhead numbers are already beginning to decline.

Perhaps the largest overriding issue facing all fish species in Lake Superior is the rapidly changing climate. We already know that water temperatures in Lake Superior are warming at faster rates than many other nearby locations. This is likely to have a significant influence on fish populations over short and long term. Since most of the fish currently surviving in Lake Superior are cold water species, we could see growth of fish species that prefer slightly warmer water, such as smallmouth bass. The overall effect on the lake’s ecosystem during the coming century is likely to be significant. It is possible the Lake Superior that exists 100 years from now will be nearly unrecognizable to the people who enjoy the lake today. Due to the extensive amount of deep water in the lake, species such as lake trout, whitefish and herring may continue to thrive in offshore waters, but we can only wait and see what will happen in waters both deep and shallow in nearshore areas. It’s very likely few of us will not appreciate the changes that occur. 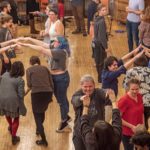 Grab a partner and cut a rug 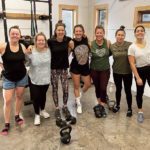