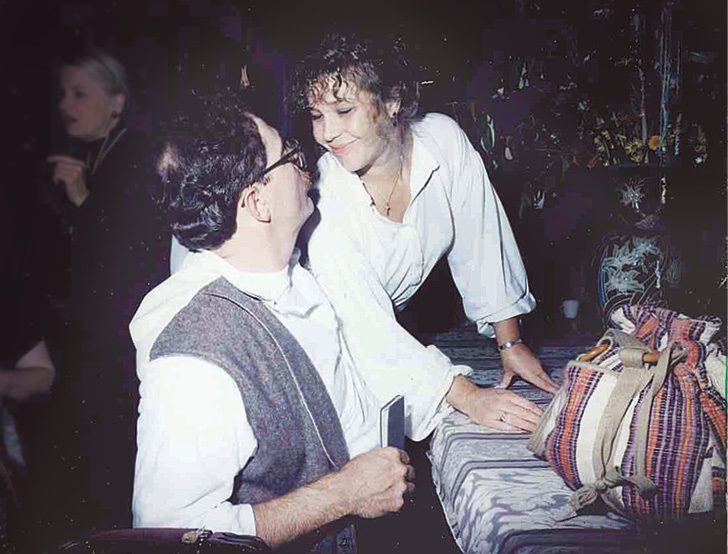 Vicki and I always enjoyed each other’s company. | SUBMITTED

Lots of folks begin life unsure of what they’re going to do—what path they’re going to take and what their career will be. I never had that problem. From the time I was a child I knew that I wanted to be a writer, specifically an outdoor writer. I stayed on that same career path and no one discouraged me from following that path.

I thought that it would lead me to adventure and fame, but it never really did. I can recall being at Yellowstone National Park inside the massive, wooden Old Faithful Lodge and thinking my career would be spent in places like that and in the company of other writers. I intended to write for famous magazines and publish best-selling books, but that wasn’t how my career proceeded (though I did write a few books). I began writing professionally when I was in college and I can say over the course of my writing career that I have never once written for free. Many writers start out writing for nothing, essentially just trying to get their name out there. I never saw any point in that. Because it wasn’t something I was doing just for fun, it made more sense to write for money—it was my career.

My first real job was writing for a state tourism publication that was based in northeastern Minnesota. There, I met an editor who taught me an important early lesson. It is one thing to be a writer and quite another to be the editor. A writer contributes a story, just a piece of the whole, but it is the editor who works with all writers to create the whole publication. It takes the right editor to bring out the soul of a publication.

Eventually, the funding ran out for the tourism project, leaving me looking for work in my field. It was hard to find work of any sort in Duluth due to a high unemployment rate. I then moved to the Twin Cities to be followed shortly thereafter by a woman named Vikki, who soon became my partner. I was lucky enough to find employment at a magazine called Fins and Feathers, which, at the time, was the best-known outdoor magazine in Minnesota. A day later, another writer my age was hired named Tom Dickson. We were both fresh out of college and following the writing path. At the start, we were not placed on the magazine staff. I became the editor of a group of monthly newsletters targeted to states where Fins and Feathers was published. Tom was a writer for the newsletters before moving on to the magazine. I also had a pair of old-timers who provided most of the content for the newsletters. Our designer created wonderful, detailed maps of fishing lakes and wild lands; the only problem was he placed quality ahead of deadlines. The three of them taught me important lessons about managing people to accomplish a task greater than themselves. Somehow, we got those newsletters out the door every month.

Fins and Feathers created a different magazine for various states, with the majority of the editorial and design staff all under the age of 30. Like Tom, I soon moved over to the magazine as well and became editor of several states, but not Minnesota. I was also the primary staff writer. Unlike some magazines, Fins and Feathers allowed us the creativity to build the content and graphics how we wanted them and to build it into something the readers would enjoy. As a whole, Fins and Feathers worked with dozens of writers from across the country.

From Fins and Feathers, I moved to Georgia, taking a job with Game and Fish Publications. They built their magazines using a similar formula, but one that allowed their editors no creativity. By the time Vikki followed me to Georgia a month after I arrived, I already knew that we weren’t going to stay there long. We were there for five months before I was able to find a job with the Cook County News Herald in Grand Marais. I took the job after a short interview with publisher Kenny Kettunen. Working on a newspaper taught me a whole new set of skills, widening me from writing about just outdoor topics. I began to see the community as a whole.

We had one addition to our clan coming north, a beautiful yellow Lab puppy named Rebel. While I worked hard, I still found time to write freelance outdoor pieces and to get out in the woods and on the water with Vikki, Rebel and friends.

My career at the News Herald came to an end when I was fired by a new publisher after Kenny sold the paper. At the time, I didn’t know anyone working as a writer or editor who hadn’t been fired. I decided to stay in Cook County and become a full-time freelance writer. That career choice led me to Minnesota Outdoor News, where I began writing a weekly outdoor column that was published for over 25 years. Outdoor News publisher Glenn Meyers gave me a lot of freedom to follow my nose and track down stories on just about any outdoor subject I wanted. Very often, my nose led me to controversial topics in conservation issues that needed outdoor coverage from the view point and voice of nature. Never did I write about the latest “million” dollar fishing tournament or the outdoor exploits of some star baseball player.

What I did write about were the people in my life: my father Dan, Vikki, my friend Al Lutkevich and a series of dogs beginning with Rebel, followed by Casey, Abby, Tanner and now Rainy. With Dad and Al, we chased deer in the Northwoods, hunted pheasants in the Dakotas and fished everywhere from the St. Louis River in Duluth to the northern most shores of Lake Superior. Vikki and I built a life based on family, friends and a mutual love of the outdoors that brought us from the Atlantic Ocean to the Pacific. Our most memorable adventure was a trip to Viking ruins at the northernmost tip of Newfoundland. Our time together ended nine years ago when she lost a battle to illness.

Later, in the Outdoor News years, I started a company called Northern Wilds with partner Amber Pratt. It began as a side project, a tiny publication that came out four times a year. It wasn’t long before our readers asked us to increase the frequency to every other month. From there, we eventually combined it with our other publication, Highway 61, to become the monthly Northern Wilds magazine that it is today—distributed all along the North Shore from Duluth to Thunder Bay.

During this period, I lost my column with Outdoor News. With the perspective of time, I understand why that column had to come to an end. A significant change occurred within the outdoor world. The old-timers who fought for the protection of lands and waters simply were not followed by a younger generation, leaving very few people to look out for lands and waters and the creatures they supported. Funding for on the ground conservation slowly dried up as the focus of conservation shifted to big picture issues of climate change and fossil fuels. Unfortunately, focusing simply on the big issues meant the real work that happened on the ground with living lands and living creatures became an utter failure, which in turn, doomed the big picture efforts.

With Northern Wilds, I was able to continue writing my column, Points North, once a month. I also had the opportunity to work with an extraordinary staff, all of whom cannot be named here. But those who should be named include my business partner Amber, as well as long-time staffers Roseanne Cooley, Sue O’Quinn, Katie Viren and Breana Johnson. Together, we produced a publication that continues to echo the heartbeat of Lake Superior’s North Shore, and one that I’m quite proud of. 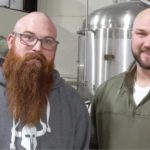 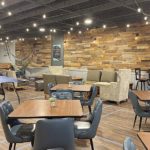