In the past 15 years, significant changes have occurred in the so-called industrial forests of northern Minnesota. During the 20th century, forest products companies acquired hundreds of thousands acres in the state to ensure a supply of fiber for their operations. In the 21st century, business models changed and the companies began divesting their forest holdings. Across the nation, forest lands were purchased by investment firms and conservation groups, protected with conservation easements or parceled out to be sold as recreational property or for development.  All of the above has happened in Minnesota.

While forested land tends to remain covered with trees in spite of ownership, such is not always the case. In portions of west-central Minnesota, some of the 37,000 acres of forest land owned by Potlatch has been purchased, clear-cut and converted to agricultural land to grow potatoes with center pivot irrigation. While doing so is an acceptable land use, there are concerns at the local and state level about how irrigation may affect the water table and water quality, as well as concerns about the loss of recreational opportunities and timber supply. This is among the reasons the Minnesota Deer Hunters Association launched the ambitious Jack Pine/Crow Wing River Habitat Project to acquire Potlatch lands in Wadena, Hubbard and Cass counties.

“There are two threats to the Potlatch forests,” said MDHA executive director Craig Engwall. “They may be converted to agriculture or they may be divided into small parcels and developed.”

Engwall says agricultural conversion or development are acceptable on some of the acres Potlatch has for sale in the three counties, but some of the land should remain as healthy, productive forest and quality wildlife habitat. The organization has applied for Outdoor Heritage funding to acquire about 4,000 acres of Potlatch lands, all of which would remain open to public recreation and hunting. In Cass and Hubbard counties, the lands would be turned over to the counties and managed by their respective land departments. Since Wadena County doesn’t have a land department, MDHA would retain ownership of the land and paying property taxes, while contracting the forest management.

Although the MDHA owns some small parcels elsewhere in the state, the Wadena County proposal would be a new endeavor for the organization. Engwall said the organization’s goal is to preserve important forest habitat that could otherwise be lost. If MDHA were to own forest land, it would pay its property taxes through timber sales. However, the Wadena County portion of the project was stripped and funding reduced in a House version of the Outdoor Heritage bill this session, though both may be restored in a House-Senate conference committee.

The project does have the support of the three counties, in no small part because forests are important to their local economies and culture.

He pointed out that the industry provides not only traditional logging and mill work, but also supports log home builders, firewood sellers, suppliers of everything from equipment parts to diesel fuel and even the local makers of wreathes and picture frames. Forest-based recreation, from hunting to ATV riding, is enjoyed by both the locals and those who are either seasonal property owners or visitors. Stevenson said Cass County’s wealth of public land “defines our rural areas and what we are about.”

Unlike some places where public land is considered an albatross, in Cass County it is perceived as an asset. Not only does it provide raw material for the forest products industry, but timber sales allow the county to distribute about one million dollars in annual property tax relief. Taxes are kept low by focusing development in areas where services already exist.  The county land department focuses its ongoing acquisitions on lands that provide access to larger tracts of public lands and has a land sales program to place properties suited to development back on the tax rolls. In all of its land transactions, the county works with township and city officials to ensure it has local support.

For Engwall, this dovetails with MDHA’s objectives, which are to protect forest habitat with locally supported projects. Support from northern counties, which often take a dim view of public land acquisitions, allows the organization to accomplish conservation work in places where a traditional Minnesota DNR approach just wouldn’t work. When counties retain management authority of the land, rather than the state, they also keep local control.

Stevenson said partnerships with conservation organizations have allowed the county to accomplish more and larger projects than it could do on its own. Cass County has worked with Ducks Unlimited to protect forested lakeshore habitat and has protected larger parcels with the help of the Trust for Public Land and The Nature Conservancy. Often its projects receive monies from the Outdoor Heritage Fund.

“We’ve told the Outdoor Heritage Council that we’ve been able to use their funding to provide access to untold acreage,” Stevenson said. “We only buy land that meets our criteria for acquisition.”

In addition to acquiring lands that provide access to existing public land and have support of the local unit of government, the county also seeks land where it can maintain or increase the presence of pine, which is an important component of its timber program. It will not acquire land with existing boat landings, parks or campgrounds, because it doesn’t want to compete with existing private businesses. Parcels where immediate action is required or that meet multiple criteria receive the highest priority.

The Potlatch lands in the Jack Pine/Crow Wing River Habitat Project fit the county’s criteria, as well as those of MDHA. While this was enough to win the approval of the Lessard-Sams Outdoor Heritage Council and secure its legislative recommendation for funding, a final hurdle remains: the Legislature. 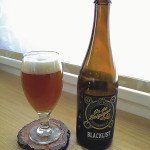 Beer of the Month: Or De Belgique 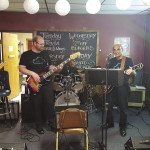