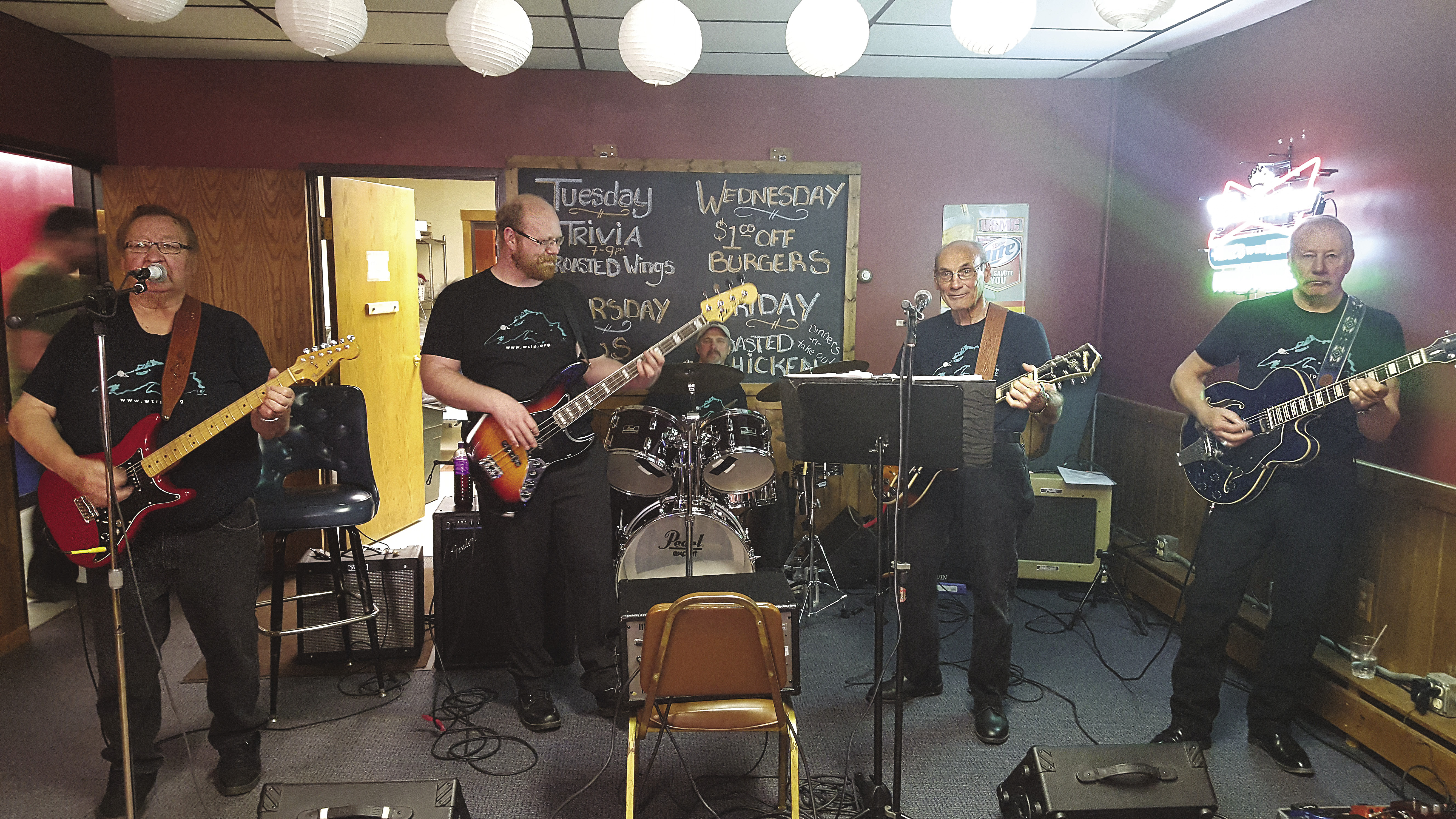 After more than 11 years of “some of the finest guitar picking you ever heard,” the musical group Portage is still going strong with regular performances around Cook County and beyond.

The group has an enthusiastic following at its regular events at the Cook County Care Center and the American Legion Post 413, both in Grand Marais.

“We play one Friday a month at the Legion over the winter, and twice a month for five months over the summer. The last Saturday of the month is our show at the Care Center,” said drummer Joe Peterson.

Peterson is the only member of the group that doesn’t reside in the border town of Grand Portage, hence the band’s name. Years ago, they called themselves the ‘Portage Boys,’ dropping the gender association with the addition of women musicians a few years ago.

The group’s five members are again all currently male and include Jim Spry on acoustic and vocals, Arvid Dahl on lead guitar, Butch Deschampe on vocals and rhythm guitar, Jake McCormick on bass, and Joe Peterson on drums.

Though the group can be found at Christmas parties, birthday parties, weddings and New Years’ parties as far away as Hinckley, they have received the most attention for the time they have given to the residents at the Cook County Care Center in Grand Marais.

Three years ago, Portage was given the recognition of 2013 District B Volunteer of the Year by the Aging Services of Minnesota. The award is the highest honor recognizing the dedication and service of volunteers who support Minnesota seniors.

The group also has fond memories of playing three times at events put on by Wisdom Steps, a partnership among the 11 Minnesota Indian tribes, three urban areas (Minneapolis/St. Paul, Duluth and Bemidji) and the Minnesota Board on Aging. The organization encourages Tribal Elders to participate in activities that build their health.

Rocking covers of classic country western songs is their forte, though they have been known to offer an electrifying rendition of the song “Wipeout.”

“We are not a show band. We hardly ever smile, but we do enjoy it a lot,” said lead guitarist Arvid Dahl. “We usually end every song by saying, ‘Mighty fine, mighty fine.’”

Without a website or social media presence, the easiest way to learn more about the band is to pop in to one of their shows. The CDs they have made aren’t for sale, rather given away to friends and family.

“People find out about us through word of mouth and they contact either Joe or Butch,” said Peterson. “When places have us, they don’t typically want to let us go.” 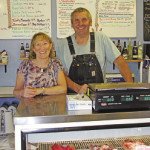 Bringing Together History and Dining