Last week I ran into an acquaintance I hadn’t seen for a while. We share a passion for chasing Minnesota’s north woods bucks. My friend, a hardcore deer hunter, had changed his hunting habits.

“I didn’t hunt much around here last fall,” he said of his hunting area on the edge of the Boundary Waters.’ “I went to Wisconsin instead.”

In the Dairyland he did something he never does in the north woods: He killed three does strictly to procure a year’s supply of venison.

“I never shoot does. I don’t want my kids doing it either,” he said of his northern Minnesota hunting.
Like many northern Minnesota hunters, he doesn’t kill does because he knows the deer herd is always just one severe winter away from disaster. But he loves north woods hunting. He didn’t give up on his traditional hunting area easily. After a series of hard winters, the deer simply disappeared. He told me he spent about 10 hours hunting there last November. He also spent a similar amount of time in another area about 40 miles from the first. In neither place did he find enough deer sign to merit further hunting effort.

Across northern Minnesota, deer hunters experienced tough hunting in during recent seasons. In the north, neither the DNR nor the timber wolves control the deer herd. Old Man Winter calls the shots. In the last three out of four winters, the Old Man has harshly, cruelly wiped out the northern herd.

He’s done it before and he’ll do it again. But in between Old Man Winter’s mean moods, we generally get a series of mild winters that allows the deer herd to recover. The last time the deer herd crashed due to severe winters, in the mid-1990s, the recovery was aided by robust timber harvest that created excellent deer habitat.

We’ll have to wait and see what happens this time around. Timber harvest is about half of what it was during the 1990s, which means the forests are becoming older and less productive as deer habitat. Also, the DNR has announced that it is attempting to minimize deer numbers across the northeastern Minnesota moose range, an area with longstanding deer hunting traditions. It is possible that some northern Minnesota hunters, like my friend, will have to move on to new hunting grounds.

Such a scenario is already playing out on the Upper Peninsula of Michigan. A story in the May 20 issue of Michigan Outdoor News titled “U.P. hunters struggling with low deer numbers and new regulations” reports that some hunters have stopped hunting. The author, Richard P. Smith, writes that in 2015, the state Natural Resources Commission voted to not allow U.P. bowhunters to kill antlerless deer after some hunters had already purchased their licenses. When offered a refund of their license fee, 674 hunters decided to get their money back and did not purchase another license.

Hunters are giving up on the U.P. because they are seeing few deer and the few they see they may not be able to shoot. Since 2008, U.P. hunters who buy combo licenses have two buck tags, but are restricted to bucks with at least three or four points on one antler. Hunters who purchase a single license can kill one buck with at least a 3-inch antler, but cannot purchase a second license.

Smith reports that many U.P. hunters see the antler restrictions as a futile attempt to grow larger bucks on the U.P. where, as in northern Minnesota, severe winters repeatedly decimate the deer herd. He quotes one hunter who says he and his neighbors control about 2,500 acres where they have practiced ‘let them go and grow’ for nearly 20 years without making any noticeable improvements in the average antler size in bucks. The hunter called the 2015 season “pathetic.”

Another hunter quoted in the story said deer hunting was so poor that he sold his property. Yet another, whose family had owned the same property for nearly a century, said the last two years were “the worst ever.” Harvest statistics reported in the story seem to lend credence to these anecdotal observations. In 2007, an estimated 57,998 bucks were killed on the U.P. In 2014, the estimated buck harvest was 19,431. The 2015 kill is expected to be even less than that.

You can look at the U.P.’s low deer population as a snapshot in time. Whitetails are prolific. With a few mild winters and good habitat, deer numbers on the U.P. may rebound. But a cold, hard fact remains. When deer hunting becomes so frustrating or difficult that hunter numbers drop by 20 percent in just one year, something is going wrong. Even if deer numbers increase, it is possible those hunters won’t return to the U.P.

Deer management is a tricky endeavor. Wildlife officials strive to keep deer numbers at a level where they are abundant enough to attract hunters, but not so abundant that they become a nuisance to everyone else. In most places, hunter harvest is the primary tool available for managing deer abundance. But the north woods isn’t most places.

When Old Man Winter calls the shots and wolves have the ability to suppress the recovery of a diminished deer herd, history has taught us hunter harvest is a tool that must be used with caution. Northern hunters understand that when deer numbers are down, bucks-only restrictions allow more does to survive and propagate the herd. Even then, it may take a few years for the herd to reach what hunters consider a satisfactory abundance. It appears that hunter satisfaction on the U.P. has reached a low point. Perhaps Minnesota wildlife officials should take note. 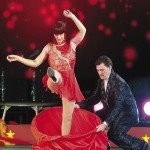 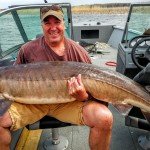