When the autumn leaves drop and the forest is bare of foliage, deer appear in the backyard. They clean up fallen apples and whatever is left in the gardens as hors d’oeuvres, but what keeps them around are the lush green grass and clover in the yard. They show up just before dusk; does followed by fawns and yearling does. Not often does a buck appear.

As anyone with whitetails in their neighborhood knows, backyard deer are not shy. They know your routines and will watch you go about your business, or politely take a few steps into the woods and disappear until you are gone. Then, like magic, they return to the yard.

Familiar dogs don’t alarm them. Sometimes, deer and dogs seem to play a game. The dogs tear after the deer until they reach the edge of the yard, where they stop. The deer bound into the woods, also stopping just a few yards away. Satisfied they have cleared the yard, the dogs forget about the deer and go about their business.

When hunting season starts, you don’t often see deer in the backyard during daylight. Hunting happens nearby, so the deer stick to the cover until darkness falls. Most likely they spent the day within a short walking distance from the yard, where hunters can’t go. Undoubtedly the deer know the neighborhood better than the people who live here.

You never see the bucks that polish their antlers and practice their sparring technique on the trees in your yard. A sturdy tree can survive the encounter, but it will be scarred for years. Often the bucks do battle with the same trees year after year. Perhaps they do this simply because they are deer. So why does it always seem like they beat up your trees out of spite?

The bucks wander, so they are more likely than the backyard does and fawns to wind up in someone’s freezer. If I’m lucky, it will be mine. Sometimes I hunt within walking distance of home. Even if I take a long walk, which I usually do, my hunt will still be within familiar territory for the backyard bucks.

Recently, a friend was reminiscing on social media about the brief (a couple of years) period when he lived in Duluth. He was the caretaker at a year-round greenhouse and spun a good yarn about the fierceness of Minnesota winters. He made a night time winter walkabout through the heated greenhouse seem like a polar expedition. The Duluth locals, he mused, probably didn’t know what it was like to live somewhere warm.

To that musing, a north country resident might respond, “Behold the snowbird.” It’s not that we don’t know warmth, but that the cold is part of our existence. I suspect my friend never really got to know us. If he had, perhaps someone would have taken him deer hunting and he would have had a chance to experience the camaraderie of a deer camp.

The deer in the backyard aren’t the only ones preparing for winter. The annual north country deer hunt is as much a ritual, a rite of passage from summer to winter, as it is anything. We celebrate the chill in the air, the diminishing daylight and time with family and friends. We hope to come home with venison for winter sustenance and usually do.

Deer hunting and the deer cabin are as American as apple pie, but every region puts their own spin on it. In the north, a hunting cabin may be a lake cabin, a rural home or, most likely, a shack out in the popple woods. The term shack is a misnomer, because hunting parties embark on continuous upgrade projects for these structures. For some, the term “palace” may be more appropriate.

While the firearm deer hunt lasts a brief 16 days in November, “the shack” is often a focal point for life throughout the year. Hunters head out to the shack to see how the deer are coming through the winter. They go out in the spring to check on things and maybe tidy up. In summer, they do upgrades and repairs. In the fall, they cut firewood and hunt grouse, in their minds marking the time remaining until “the Opener.”

If there is a better place to be on the eve of the opener than at the shack, surrounded by familiar faces, I don’t know where it is. For some, this is a reunion with people they may not see during the rest of the year. For others, the air is ripe with anticipation for the coming day, when perhaps one of the big bucks that haunts every deer hunter’s mind steps into reality. There are stories, jokes and more stories, because the annual deer hunt is an event that spans years, generations and lifetimes. Sometimes it seems that the spirits of the shack’s hunters who’ve passed on return for the festivities.

Rare is the hunter who doesn’t head into the woods on opening morning. Some will be back at the shack for coffee by 10 a.m. Others won’t be seen until after dark. Supper will be ready when they step through the door.

Every hunting camp has a hierarchy based on factors such as age, seniority, cooking skills and hunting prowess. Most camps have members who are lukewarm on hunting, but love the camaraderie. Then there are the folks who are counted on to put venison on the table year after year. A good camp cook doesn’t even need to buy a license, if they so choose. They all come together once a year at this place, as sure of their roles as the member of any family.

Life at the hunting camp is a matter of course for many northern Minnesotans. In no small way, it defines who we are. You can be a banker, a baker or a bum, but out at the shack you are all the same. That’s the way it works in the deer woods. It’s too bad the real world doesn’t work the same way. 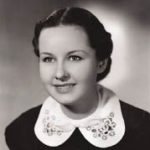 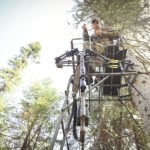 Some Thoughts on Crossbows