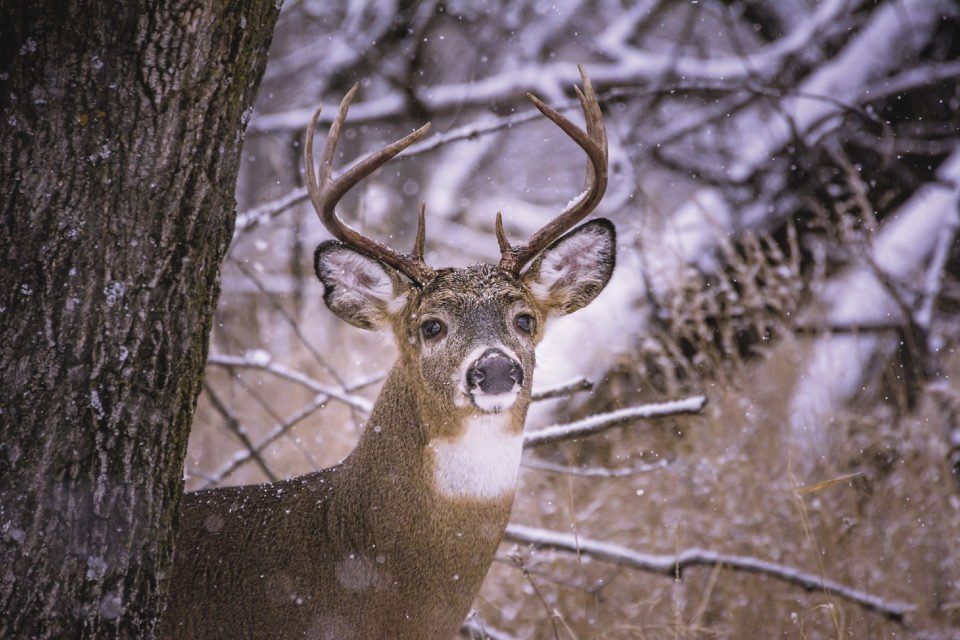 Antler point restrictions significantly increased the numbers of large whitetail bucks in Southeastern Minnesota. The rules have been scrapped to address an outbreak of Chronic Wasting Disease by using hunters to reduce the deer population as much as possible within the affected area. | CHRIS MCEVOY

A longtime reader from Harmony, Minn. contacted me recently to share some photos of a Minnesota DNR CWD station set up on his farm. The station is intended to help contain Chronic Wasting Disease, which has been found in wild deer in that portion of southeastern Minnesota.

As you probably know, CWD is an always fatal disease affecting deer and other members of the deer family that is caused by a malformed protein called a prion. Since it is not alive, like a virus or bacteria, a prion can persist in the environment and infect other deer. The DNR hopes to prevent the spread of the disease throughout the state.

The CWD station is part of that effort. It has a barrel where hunters can leave the heads of deer that they kill for CWD testing. It also has a tripod and folding table hunters can use to bone out their deer for transport out of the CWD zone and a dumpster for the carcasses. Prions are less likely to accumulate in the flesh than in brains or spinal material, which is why the agency doesn’t want hunters taking carcasses out of the zone and disposing of them elsewhere, risking new CWD outbreaks.

Now this farm is located a long way from the Northern Wilds—actually just a couple of miles from the Iowa border. But the story told here offers folks in the Northern Wilds a glimpse of what is occurring as CWD continues to spread across North America. The farmer, Jim Vagts, asked that his name appear only once in this column. To honor his request, we’ll call him the Old Hunter, which, at 76, he is. In addition to hunting deer on his farm, he loves to pack with his own horses into the mountains of western states every fall in pursuit of elk.

The Old Hunter got his start in 1957 at age 13, when he participated in a three-day deer season with his brothers and neighbors. They were allowed to shoot any deer and did so, hunting on their own farms and the properties of other neighbors. Nobody worried much about hunter trespass back then. When he was going to college at the University of Minnesota in the 1960s, he had the opportunity to hunt along the North Shore near Tofte for three years. A friend from his home area was living there and working at a taconite plant. Although the Old Hunter says he was “out of my element” on the North Shore, he managed to take a doe and a six-point buck. A hunter in their party killed a bear. At the time, a big game license allowed hunters to kill a deer and a bear.

After college, he began farming and, by necessity, hunted near home. Minnesota made significant changes in deer seasons and licensing in the early 1970s, introducing a then-new (in Minnesota) concept of a bucks-only license. The Old Hunter shot his last doe in 1972. He hunted with a party of 10, all neighbors, who became buck hunters. In 1986, they stopped shooting just any buck, opting to hold out for ones with trophy-sized antlers. While the party killed one or two big bucks every year, the overall number of trophy-sized whitetails on properties they hunted didn’t increase. His hunting party had changed their hunting habits to allow more bucks to grow old, but hunters all around them were still shooting any buck with antlers.

“I realized you can’t just do it on your own land,” he said. “You need to manage the big picture to improve the herd.”

He and like-minded hunters began working with the DNR to improve deer management in the southeast bluff country, a productive landscape that has the right combination of habitat and climate to produce an abundance of whitetails and extraordinary trophy bucks. The process took more than 10 years. Although he would have preferred a later season start, similar to Iowa, so hunting wouldn’t occur during the rut when bucks are most vulnerable, the new regulations instead set an antler point restriction. In order to be legal to harvest, a buck had to have at least four points on one antler. The ruling protected younger bucks, which have smaller antlers. The strategy worked; the Old Hunter said within three years hunters were seeing and shooting significantly more large bucks.

Now the Old Hunter is faced an unfortunate irony. With the discovery of CWD, his farm is within a special management zone created by the DNR in an attempt to control or contain the outbreak. Within the zone, the agency is attempting to reduce deer numbers as much as possible. The antler point restrictions have been removed and hunters are encouraged to shoot all deer. Last year, special hunts were held in addition to the regular hunting seasons to kill even more whitetails.

The Old Hunter is cooperating fully with the DNR’s efforts. He has opened his farm to his Amish neighbors and other hunters, encouraging them to kill as many deer as they can. He said deer numbers are surprisingly high this year, despite following a year of intensive harvest. So how does he feel about this CWD-necessitated about face in deer management?

“My personal philosophy is that I’m unlucky and happen to be in the wrong area,” he said. “I’m willing to cooperate with the DNR while 95 percent of Minnesota is CWD-free. If we can stop it here, I want to be part of that.”

He believes the DNR is taking the right steps to fight CWD, even though not all hunters appreciate their efforts. He points out the agency has a good track record in responding to wildlife disease, both with CWD discoveries and a past outbreak of bovine tuberculosis in northwestern Minnesota. But the challenge facing wildlife managers now may be greater than any that preceded it.

“CWD is the biggest event that has happened in Minnesota wildlife management,” the Old Hunter said.

He may be right. 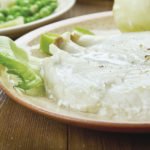 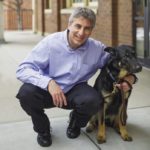