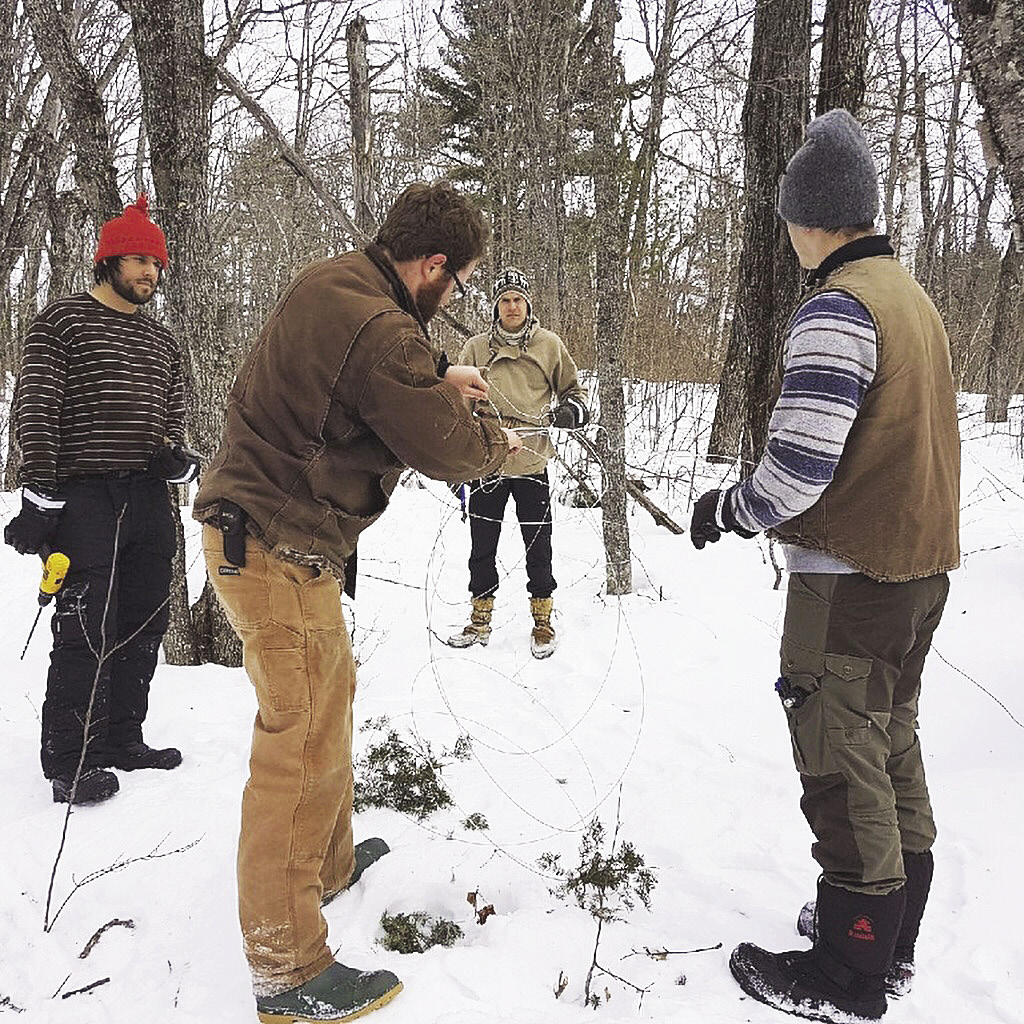 The company crew unwinding high-tension support wire that is used to mount tubing systems through the bush. | NOR’WESTER MAPLE COMPANY

Finding a Sweet Spot in a Changing Climate

In a region dominated by mixed woods of spruce, balsam poplar, birch, jack pine and balsam fir, commercial maple syrup production is the type of business venture that raises a few eyebrows this side of Lake Superior.

But take a hike or fly a plane just southwest of Thunder Bay, and you’ll encounter the Great Lakes-St. Lawrence Forest Region, a transition zone where the boreal needle-leaved trees extend south and overlap with the southern broad-leaved deciduous trees as their range crests into the north. Sugar maples and red maples grow here, bordering farm fields in South Gillies and dotting the valleys and plateaus of the Nor’Wester Mountain Range.

When I sat down with Sean Murray, the owner and CEO of a local maple syrup company operating on the outskirts of Thunder Bay, my first comment was that his business seemed unique, and even anomalous for our neck of the woods. But I quickly learned that making maple products from trees in this area—for community use and for trade—has been done before. And if temperatures continue to rise with climate change, maple syrup production will only become more viable in our region.

We’re tapping into something ancient, reads the slogan of the Nor’Wester Maple Company’s website. Over a cup of coffee, Murray elaborated.

“A lot of people, when I talk to them, say ‘Oh, maple syrup, that’s so new for here…an innovative use of our forests.’ But it’s really not new here. Tapping maple trees and making maple sugar is probably one of Thunder Bay’s first commercial forest products.”

Murray and three other members of the company, Abe Zettek, David Bates and Cale Leeson, are the kind of outdoorsy guys who practice traditional skills and bush craft, and scour books on early Canadian history in their spare time.

“One of the things we kept seeing in some of the fur trader journals coming out of the post at Fort William was the people from Fort William First Nation territory bringing in maple sugar. And I thought originally that was continued trade networks from down south or across the lake at St. Joseph Island, but the more I talk to people from the community and read more into it, no, those trees were from here,” Murray said.

In recent years, there’s been a resurgence of local syrup production. In 2014, members of Fort William First Nation cleaned up and revived a coveted sugar bush on Mount McKay that hadn’t been tapped for about 25 years. And it’s not uncommon for nearby landowners to make maple syrup from the trees on their property for personal use.

But the scale of Murray’s business is a first for Thunder Bay, even though its production is considered to be small compared to industry standards. Part of that is due to the remoteness of the company’s stand, consisting of some 200 acres of leased crown land along a ridge in the Nor’Wester mountains. Hauling materials in and out of the dipping valleys, rocky escarpments, and plateaus that make up the range is anything but straightforward.

“We joke about it being a fortress. On almost all sides it’s surrounded by complete sheer cliffs, completely unscalable rock face,” said Murray, who initially explored the stand with the company’s founding members after researching maps and aerial footage. “Our trail…it’s not a straight line. It weaves, and you’re walking a lot more distance than as the crow flies. We’ll never be able to take trucks up there or standard vehicles…It gets your heart racing.”

The stand includes a mix of black ash, red maples, and sugar maples—some over 200 years old. “When you get into the heart of the stand, it really is kind of like going to a southern Ontario forest. We have trees that I can’t get my arms around, really big ones…I think those are some of the first ones, the seeders. We have a lot in the 10 to 12-inch diameter range.”

Murray and his team made their first batch of syrup from about 20 sugar maples with little more than a tripod, a few second-hand pots and a collection of taps passed down from founding member David Bates’ family, whose Métis heritage traces back to central Ontario’s Batchawana Bay.

“It wasn’t winning any awards,” Murray jokes, but after securing a lease on the land and refining the process, their syrup made it to market last year and sold out within weeks. After a successful first run, the company has installed a network of vacuum-powered tubing and upgraded its equipment to collect sap and produce syrup with more efficiency.

“This year we’ve jumped 200 years in tech from our plot on a little tripod, up to a fully modern evaporator and vacuum pump system,” he said. While the upgrades will more than double their capacity for production, the company places its greatest value on forest stewardship.

“It sounds like common sense, but sometimes it isn’t when you talk about big industry. You’ve just got to keep the forest healthy…A lot of other industries go for profit first and ecology second, but it’s something we really think is going to be profitable in the long run if we’re making sure our forest is healthy.”

The company powers its wood-fired evaporator with diseased or dying maples and black ash, and trees that might otherwise compromise the health of the forest and vitality of the stand.

“We have sort of an informal forest management plan,” Murray tells me. “We knock down those big trees to open up the canopy and allow the younger ones more access to light. We’re speeding up that natural process…On the other hand too, you don’t want to knock out all the black ash. Biodiversity is what will help in the long run….the difference in nutrients, and the different critters going through there. Everybody wins if you just keep things balanced.”

What might disrupt that balance is something beyond the company’s control, and potentially to its benefit. Rising temperatures and erratic weather brought on by climate change is disturbing not only the timing of the sap run, but reducing the sugar content in trees across the eastern United States. Although those changes may be slower to affect maples in colder climates, experts agree that warming weather will cause broad-leafed trees to extend their reach further north, something Murray is already witnessing first-hand.

“I can see it. The only saplings that are growing on my stand are maple and black ash. There’s no poplar, there’s no pine. All the big poplars are just big, old trees that are falling.”

So if all goes according to the forecast, maple syrup production will be here to stay in Thunder Bay. It’s a sweet beginning to an uncertain future. 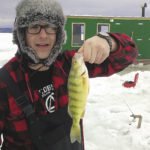 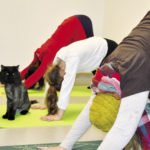