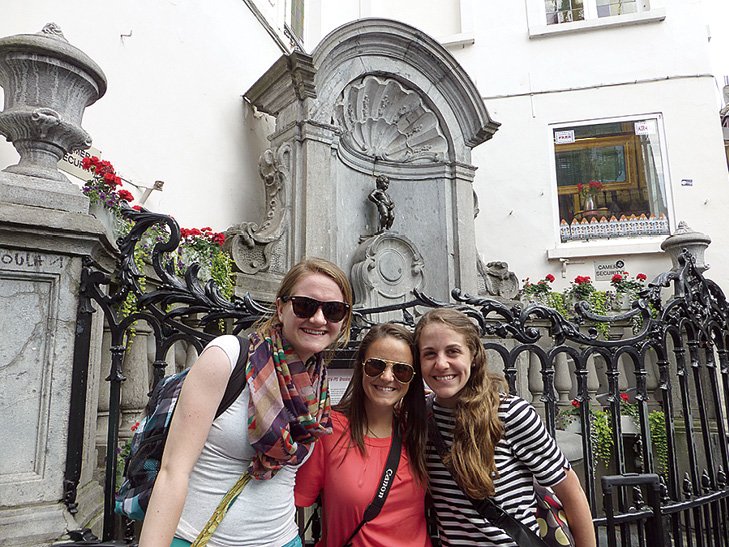 While in Belgium, I ran into U.S. college students that were also traveling abroad for the summer. None of us knew French, so we decided to join forces and take on Brussels for the afternoon. | RAE POYNTER

They say that the good times make for good memories, while the bad times make for good stories, and in no other realm of life have I found this to be truer than in travel. As someone who has traveled a lot—the kinds of travel that usually involve hiking boots, questionable hostels, or the occasional instance of hitchhiking—I’ve had my fair share of misadventures, and even a healthy dose of legitimately bad times along the way. To the one who wants to live an adventurous life, missteps are almost unavoidable. But rather than thinking of misadventures as some sort of necessary evil, I’ve come to view them not only with tolerance, but as some of my best teachers along the road.

LESSON 1: There’s no time to be shy

My first memorable misadventure instilled in me that integral travel skill that has become invaluable to me ever since: the ability to put yourself out there while traveling far from home. I was 20 years old, fresh out of small-town Wisconsin, and on my way to study abroad for a summer in Scotland. Only, I wanted to fly over early and do some backpacking on my own through Ireland before my term started. I had everything set to go until a few weeks before my trip, when I learned of a flaw in my plans: to study abroad I needed an education visa from the UK, and with border control more relaxed between Britain and Ireland, I wouldn’t be able to get a visa if I arrived from Ireland. Instead, I would need to fly to mainland Europe and re-enter the UK to go through the kind of border control that would get me my visa. A quick search revealed cheap flights to Brussels, and so I found myself leaving Ireland for Beligum for one day before heading back to the UK.

Now, a brief detour into Belgium should have been easy enough. Except I didn’t know any French at all, and I grossly underestimated the distance from the airport when I booked my hotel in central Brussels. Not only that, but my phone had died (not that it would have done me much good without an international phone plan). Somehow, after a long bus ride I found myself spit out into downtown Brussels, with nothing to go by but the name of my hotel and a maze of confusing streets. Great.

As I walked ahead, I overheard the voices of two women about my age who had gotten off my same bus. “I wonder where the tourist information office is?” American, definitely.

In a moment of uncharacteristic extroversion, I hurried ahead and introduced myself, asking if they were also traveling from the U.S. Sure enough, they were college students like me, and were en route to a summer working in Italy as au pairs. They were about as confused as me by the directions and the French, and so we decided to join forces and take on Brussels for the afternoon. Instantly my stress melted into enjoyment as we had lunch together at a curbside cafe, sampled Belgian waffles, and walked along the imposing Grand-Place.

We made plans to check into our respective hotels and meet up again an hour later to explore the city by night. Unfortunately, it took me much longer than I had anticipated to find my hotel and check in (by longer I mean I was lost for over an hour), and by the time I found my hotel and got my phone charged enough to turn on, our meeting time was long gone. While I never knew how long the two girls waited for me, or how the rest of their travels went, I was incredibly grateful how a visa snafu and confusing streets led to a memorable day exploring a beautiful city with new friends.

Shortly after my husband and I were married we took a backpacking trip through Europe, and while parts of it were meticulously planned out (Excel spreadsheet and all) we ended up altering many of our plans or ditching some of them altogether, and found that some of our most memorable experiences happened when things didn’t go as we had hoped or planned.

For example, there was the time when mist and fog settled in on our hike through the Swiss Alps, and we decided to take a shortcut down a mountain with a cable car, watching a group of schoolchildren run off with our money with the promise to return with lift tokens (they did). Or the time on the same hiking trip when we learned that a shuttle that we were counting on to take to the top of a mountain pass was out of service for the winter, only to have a friendly local offer to drive us 40 minutes one-way up the pass, taking the time to tell us all about the region and even show us a secret waterfall. Or the time that I got hypothermia while hiking in Ireland, in August, and we ended up in an off-the-beaten-track pub drinking some of the best hot chocolate I’ve ever had while learning about the sport of Gaelic football from impassioned fans.

We did more planning, replanning, and backtracking on that trip than I had on any other. My debit card got eaten by an ATM. I ended up the hospital at one point. We decided to stay for an extended period in one city halfway through the trip because we were too tired to carry on. But rather than letting those things get me down, that backpacking trip taught me the importance of finding that balance between the Type A and Type B part of you, or the part of you that wants to plan and control everything and the part of you that goes along with whatever comes your way. And let me tell you: my Type A side can plan a great trip, but it’s pretty bad at actually enjoying one. While traveling, some things are bound to go wrong, and I’ve found that the best travels happen when you plan like an expert, but leave your Type A persona at the airport. Your Type B side will get a kick out of leaping into a rickety cable car, letting a stranger lecture you about Gaelic football, or simply staying longer than you’d planned in a certain town just because you fell in love with it so much. While a lot can be gleaned from preparation and research, there’s a certain serendipity in travel that you have to be open to experiencing, and that being accepting new experiences is when the true magic of travel happens.

LESSON 3: Know when to call it a day

Perhaps the biggest instance of misadventure came when my husband and I travelled to Nepal. We had arrived with the intention of staying with some friends we had in Kathmandu, while also taking a week to go on a hiking trip in the Himalayas. The hiking trip was challenging yet amazing, but during our time in Kathmandu I got so horribly sick that I could hardly get out of bed, and the times when I did get out of bed and ventured out of doors it was so oppressively hot that I became sick from the heat. While we had planned on staying for longer than just our hiking trip to spend more time with our friends, in the end I knew that my body had reached its limits and I had to go home. And so we found a flight and headed back to Minnesota several weeks early.

There can be a lot of disappointment in ending a trip early, or even feelings of personal failure, but on that trip I learned that it is so much wiser to listen to what your heart and body need rather than to attempt to “tough it out” in a situation that you know is not right for you. There is no shame in making the measured decision to call it a day. Was I glad I came home? Yes. Was I glad I went in the first place? Also yes. Am I glad for all the adventures I’ve had, mishaps and all? A thousand times yes. I have great memories of the things that went right. But I became a better traveler because of the things that went wrong. 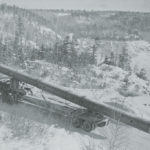 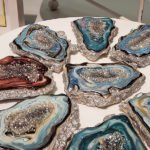