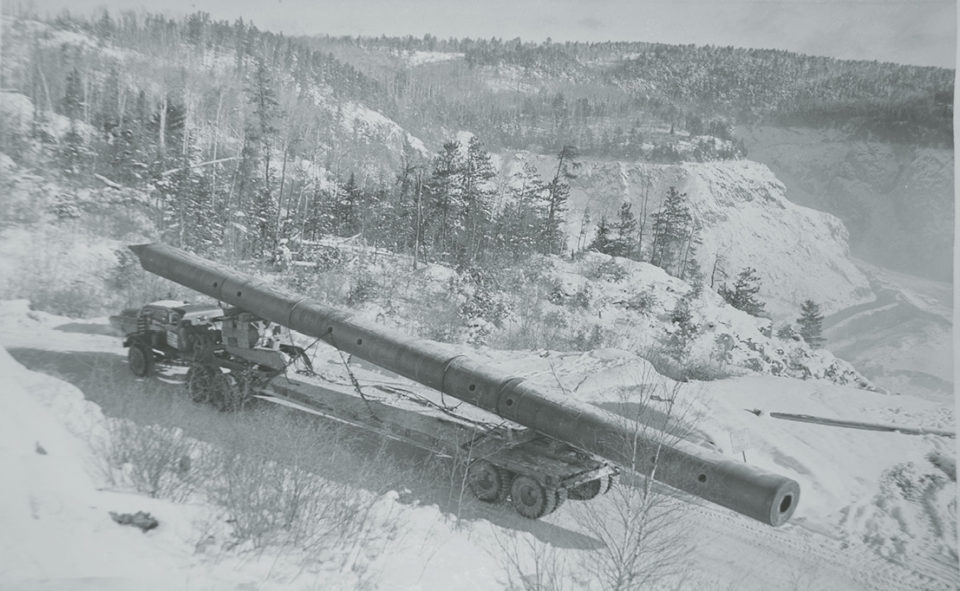 Dredge spur being trucked for installation on one of the dredges. | LAKEHEAD TRANSPORTATION MUSEUM SOCIETY

Life magazine, in a Sept. 1945 article, called Steep Rock Lake a ‘wilderness’ lake, with its waters “lapping quietly against a shoreline, ribbed with rocks and fringed with tangled pine forests.” It was in the bush about 140 miles northwest of today’s Thunder Bay (then Port Arthur and Fort William, known collectively as the Lakehead), about 40 miles from the Minnesota border and just north of the village of Atikokan, then a divisional point on the Canadian National Railway route to the Lakehead. It was a strange kind of lake with reddish water.

But geologists more than 100 years ago already wondered whether the reddish tinge signalled an iron ore deposit. In 1891, two unknown Canadian geologists doing a government survey identified traces of iron around the shoreline of Steep Rock Lake. They staked claims, as did others. In the early 1900s, a geologist suggested the iron ore deposit could be under the lake. Someone did set up two diamond drills on winter ice in 1902 but then abandoned the site. The problem? Too costly and at the time, impossible to extract.

Moving forward to 1930, prospector Julius Gifford “Jule” Cross (1888-1971) visited the site, was interested, but didn’t do more at the time. A graduate of Queen’s University where he was also a mining professor, Cross was born at Silver Islet on Lake Superior, the site of the world’s richest silver mine (1870-84) where his father had been the mine captain and later caretaker of the abandoned mine and town site. Life magazine describes Cross, saying “he mixes geological surveys and prospector’s gossip in the proper proportion to make mineral-hunting successful, then adds modern engineering to make it pay off.”

By 1937-38, Cross had partnered with Toronto-based Joseph Errington, pooled resources and bought up old claims around the M-shaped 3-mile-long and a half-mile wide Steep Rock Lake. They set up diamond drills on the ice during winter and found at least three large high-grade pure hematite ore bodies under the lake bottom—but how would they get the ore out and where would they get the money?

It would be roughly $18 million to develop the mine. Buying into the project was U.S. industrial tycoon, Canadian-born billionaire Cyrus Eaton, who invested and then helped get a $5 million loan from the U.S. Reconstructive Finance Corporation (RFC). The rest was from the Canadian and Ontario governments, stock sales to public and other investors. A stimulus to get the mine going was World War II and the huge demand for iron ore.

The big problem was draining more than the 148-foot-deep Steep Rock Lake which was fed by the Seine River. Plans called for the entire river system to be diverted into Finlayson Lake (about 2 miles from Steep Rock Lake), but there was a glitch. Engineers said the water level of Finlayson was too high so the Seine could not drain into it. The problem was solved by cutting a tunnel below Finlayson and lowering the lake’s water level by 57 feet.

The de-watering of Steep Rock Lake itself has been called an extraordinary engineering and construction feat. The huge lake was sectioned into three ‘arms’ by dams: Lake A, B (largest ore deposit) and C. Pumping out of more than 80 billion gallons of water from Lake B began in December 1943 with 14 electrically-driven centrifugal pumps, mounted on barges, draining out 300,000 cubic feet a minute. To run the electrical equipment, 10,000 H.P. of electrical energy was brought in by construction of power lines from Lakehead, 142 miles away.

The project required a huge water diversion and management including construction of 40 water control structures including 14 dams and three tunnels, and dredging of 210 million cubic metres of soft lake bottom sediments to expose the iron ore.

By July 1944, dredges began work, clearing from the bottom the silt, clay, gravel and rock that was on the ore body. Then, giant machines dug another 40 feet deeper for the open pit mine looking like an immense saucer the size of several city blocks. First ore was mined in September 1944 with full-scale production in May 1945. After 35 years in operation, with 88 million tons of ore mined and employing 1,500 at its peak, Steep Rock Iron Mine closed in 1979. A year later, Caland Ore Limited—which in 1953 had leased from Steep Rock part of the M-shaped lake for open pit mining of “C” ore deposit (East Arm)—also closed their mine (1960-1980).

In 1950, Steep Rock made international news when a flying saucer supposedly landed on its waters and ‘humanoid creatures’ with metallic suits explored the shore but disappeared after spotting a couple fishing. News of the sighting appeared in newspapers and books including Flying Saucers: Serious Business (1966) by Frank Edwards. But it was supposedly a work of fiction by a mine employee created for the company’s newsletter “Steep Rock Echo” in 1950.

According to author Jon Nelson in his book, Quetico: Near Nature’s Heart, in April 1957, a large caribou antler was found on the shoreline in silt dredged from the bottom of Steep Rock Lake. Testing determined the age of the antler to be 9940+/-120 radiocarbon years (about 11,500 calendar years) and probably from a barren-ground caribou, which in modern times now live in the tundra of the north. 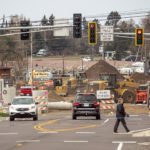 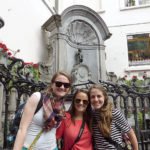