Sometimes, reporting on a story is straight-forward. Often, though, an interview can lead you on unexpected twists and turns. Last week, I had a conference call with three men in Wawa, Ontario, about Lake Superior caribou. They contacted me after a recent column in Minnesota Outdoor News about the looming extirpation of Lake Superior’s native woodland caribou. They wanted to share some more information with me.

That’s how I met, via telephone, Christian Schroeder, who has a camp on Michipicoten Island; Leo Lepiano, land and resources director for the Michipicoten First Nation; and Gord Eason, a biologist retired from the former Ontario Ministry of Natural Resources. All three are involved in the effort to save the Lake Superior caribou and are frustrated that, so far, the Ontario MNRF has been slow to take action.

Simply put, the story goes like this. Caribou have roamed along a couple of hundred miles of Lake Superior shores and off shore islands. The offshore islands, The Slates and Michipicoten, serve as reservoirs for the overall population, because the caribou can find refuge from wolves.

During recent cold winters, wolves crossed the ice to these islands that supported hundreds of caribou and went to work. At the Slate Islands, off Terrace Bay, officials estimate only two to four bull caribou remain. On Michipicoten Island, where wolves arrived in 2014, the men I spoke with believe the predators will finish off the remaining caribou within a few weeks. They learned from researchers that over 20 percent of radio-collared caribou there were lost from Dec. 1 to Dec. 14. They are hoping the MNRF will follow through with their commitment to transfer some remaining cows from Michipicoten to the Slate Islands, where there are no longer wolves, before they are wiped out.

Ok. That’s the news. Now, for the back story. Woodland caribou are found in the boreal forests across Canada from British Columbia to Newfoundland. Unlike tundra caribou, which form vast herds on the Barren Grounds of the far north, woodland caribou roam in small, scattered bands. They are considered a Threatened species both nationally and provincially in Ontario. They are susceptible to human-caused habitat change, whether it is fossil fuel production in Alberta or timber harvest in Ontario.

The altered habitat attracts species such as moose into caribou country. Having moose as an additional food source allows wolf numbers to increase. Unlike moose, which are large enough to defend themselves from wolves, or white-tailed deer, which can run away from them, caribou are easy for wolves to kill. They can only survive in areas with very low wolf densities. When wolves become more numerous, woodland caribou are in trouble.

Throughout the late 20th Century and into the 21st, woodland caribou persisted along a stretch of Ontario’s North Shore from roughly Schreiber-Terrace Bay in the west and down into Pukaskwa National Park and part way to Wawa. Caribou were also reintroduced to Michipicoten Island and Lake Superior Provincial Park along the east part of the Lake in the east. Consistent deep, lake-effect snows keep whitetails deer numbers to a minimum. Deer not only attract wolves, but also transmit a brain worm that is fatal to caribou and moose. Because much of the shoreline and islands are protected as national and provincial parks, woodland caribou habitat remains intact.

Here is where the story gets interesting. Not all of that habitat is boreal forest. On Superior’s far northern shore, rugged rocky hills are cloaked with fir and spruce—classic boreal habitat. Moving east, the habitat transitions to a Great Lakes/St. Lawrence forest, which contains a significant component of hardwoods such as maple. Michipicoten Island is within this zone. Caribou, which traditionally have a diet that includes lots of lichens, are able to thrive in a forest where most of the food available to them is herbaceous plants and browse. Schroeder said the former owner of his camp told tales of caribou pulling apples off the trees in the yard.

If habitat exists, why have caribou disappeared? The simple answer is they have succumbed to wolf predation. But that doesn’t fully explain why they were able to hang on so long. Eason said they were seen along the shore in Lake Superior Provincial Park as recently as a decade ago. They disappeared from Pukaskwa National Park perhaps five years ago. Aside from the aforementioned wolf-ravaged islands, the only other known remaining animals are a small bands using Neys Provincial Park, nearby Pic Island, and the north shore west to about Cape Victoria near Schrieber.

The more uncomfortable answer to the caribou disappearance is that we allowed it to happen. I am not an Ontario resident, and thus can’t speak to the workings or priorities of the Ontario government. I am a resident of the Lake Superior basin and think I can speak to the priorities of many of us who live here regardless of which side of the border we call home. I think there are precious few people who live near Lake Superior that want caribou to disappear, even if we never encounter one.

Human intervention will be required for caribou to survive the present crisis, notably the capture and transfer of animals from Michipicoten Island. However, the continued existence of caribou will require perhaps future interventions and certainly continuous attention. This is just Wildlife Management 101. There will be a cost associated with this, but not a tangible return, such as an eventual hunting season.

That said, I’ve talked to folks over the years who have travelled to the Slate Islands, often with sea kayaks, for the chance to see a caribou. While there will never be a stampede of caribou-seekers, they are certainly a unique tourist draw. As a comparison, the first question of many visitors to Grand Marais is: Where can I see a moose? In addition, the native people of the North Shore have a deep-rooted cultural connection to caribou.

Lepiano said the chief of the Michipicoten First Nation is in full support of efforts to save the Lake Superior caribou. He’s heard stories from members of the community of their past experiences with the animals. Yet the First Nation cannot take action on its own to save caribou. They must work in concert with the Ontario MNRF. The chief first wrote a letter to the MNRF about the Michipicoten Island situation last April, but did not receive a substantial response from the ministry until the first of December. The three men I spoke with hope the MNRF will pick up the pace and capture some cows and calves before it is too late.  They think the last of the Michipicoten caribou may be gone in January. 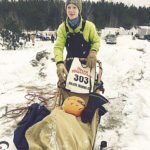 The petty tyrants of county government