Ok. We won’t name names in this particular column, because they aren’t important. What happened in two counties, via the actions of their boards of commissioners, could happen just about anywhere in Minnesota. It speaks to a malaise that seems to infect many of our duly elected. Its symptoms include a willfulness that isn’t wisdom and a memory loss that makes them forget who they represent. The only treatment, and it isn’t always successful, is form of shock therapy that occurs when someone calls out their actions in a public forum. If that doesn’t work, there’s always the ballot box.

These tales of two counties originated with the Bluestem Prairie blog, which contains reporting and commentary, as well as links to local news stories. Blogger Mary Jo Sorenson, the only person we’ll name in this column, does a good job of casting light on local conservation issues from Minnesota’s agricultural region.

The first story comes from a central Minnesota county, where the DNR sought county approval, as required by law, to establish a new, 153-acre Wildlife Management Area. The land in question was an over 100-year-old farm that the original family wanted to become a WMA. Members of the family attended an early December county board meeting where the board voted 3-2 to not approve the DNR request. The family was not allowed an opportunity to speak.

If you follow public land issues in this state, the opinions of the board members who voted against the family were familiar. They thought the DNR already owned “enough” land in the county. They also had little respect for agency. Clearly, some board members also had little respect for the private property owners who were trying to sell their land and pass on a public legacy. By denying the WMA, the commissioners trampled on the property rights of a family who had been paying property taxes on the land for more than a century. And they didn’t even let the family speak for themselves.

An editorial in the local newspaper titled “Local boards shouldn’t silence the public” called out the county board for denying the family an opportunity to speak. About the need for public lands and for public participation in the political process, the editorial said this: “The 153-acre property…would have provided countless sportsmanship opportunities, but it appears county coffers and lack of confidence in the DNR took precedence on Dec. 7.

“Of equal concern, the family offering the property wasn’t given a voice at the county board meeting, despite having several of its members in attendance. This was a painful reminder that residents continue to feel alienated from their governing bodies.”

Whether it was due to the editorial or his conscience, one board member had a change of heart. He asked that the WMA issue be reconsidered at the next board meeting. This time, approval for the WMA passed on a 4-1 vote. Score one for the public, and for wildlife.

It hasn’t gone so well in one southeastern Minnesota county, where in October the commissioners stepped on the rights of landowners and squashed a public land acquisition in the process. In this case, the land was 379 acres held by a family trust. The family wants to protect the land and was working with The Nature Conservancy and Trust for Public Land to have their property added to an adjacent WMA. The two townships where the land is located had no opposition to the sale.

The county commissioners paid lip service to the family’s property rights, then voted to deny the acquisition. Their excuse (and “excuse” is the only word for it) was that they were worried about the loss of tillable land. All but 30 acres of the tillable land on the property is highly erodible and thus would be enrolled in publicly subsidized conservation programs. As for the 30 acres, the family has no interest in subdividing the property. As landowners, that is their right. It should also be their right to sell their property to a conservation organization or the state.

County commissioners often bemoan the loss of tax dollars when properties become public. But the state makes in-lieu-of-tax payments and requires very little in county services. Complaints about the loss of “working land,” in this case tillable acres, is also a bit of a stretch. The land continues to be worked, just in a different way. Instead of producing a crop, it is producing wildlife, including pollinators such as bees that are essential to agriculture. Most WMAs support a tremendous amount of human activity as well, so the land continues to be used.

Whether an individual believes that public land is a good thing is a matter of opinion. Most hunters and anglers of my acquaintance are strong supporters of public land and waters, because that is where they hunt and fish. They realize that what makes Minnesota such a great outdoor state is our wealth of public places. Without them, many of us would lose our hunting and fishing opportunities. If you think about it, the loss of opportunity even applies to those with access to private land. For all but the wealthy, those private parcels are pretty small. They may not support all of the wildlife species you want to hunt. (You can’t hunt pheasants at your northern Minnesota deer camp.) It’s no small thing to be able to travel virtually anywhere in the state and have public lands open to hunting and fishing.

What is deeply troubling about situations described above are the attitudes of local elected officials toward the people who put them in office and support county government with their property taxes. Refusing to let people speak and denying them the right to sell their property is petty tyranny rather than good governance. Such politicians are a greater threat to the future of hunting and fishing than any animal rights group. Know your enemy, folks. 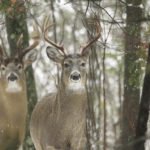