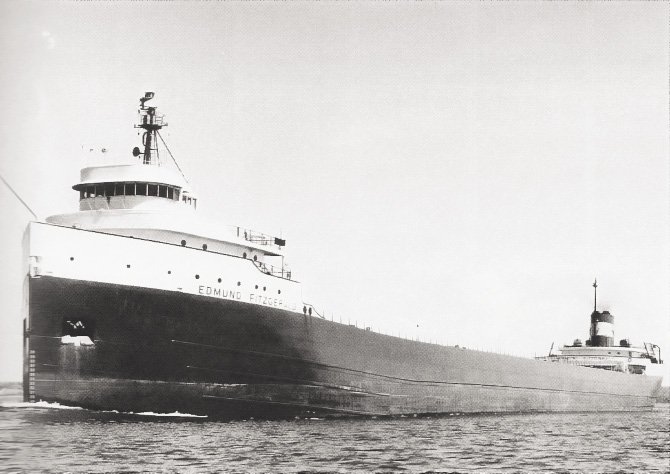 Although the Edmund Fitzgerald went down over 40 years ago, the legends surrounding the ship’s fate remain alive. | SUBMITTED

Shortly after 7 p.m. on Nov. 10, 1975, the 729-foot bulk cargo vessel Edmund Fitzgerald plummeted 530 feet to the bottom of Lake Superior just 17 miles from the entrance of Whitefish Point, Mich. She took with her all of the 29-man crew, including Capt. Ernest McSorley. No distress call was heard, and there were no witnesses.

It wasn’t the largest marine disaster on the lake (more than 45 lives were lost Nov. 7, 1885, when the Algoma wrecked near Isle Royale), but thanks largely to the haunting ballad, “Wreck of the Edmund Fitzgerald” by Canadian singer-songwriter Gordon Lightfoot, the Edmund Fitzgerald has become the most famous shipwreck of the Great Lakes.

A marine casualty report by U.S. Coast Guard put blame on the ship’s crew for improperly fastening the hatches, causing her to take on water during the violent seas. A controversial decision, it was rejected by most of the maritime community, many who felt the Fitzgerald, which was long overdue for repairs and refit, should not have been sailing that last voyage.

What really happened to the Fitzgerald during the brutal blizzard has become one of the great maritime mysteries. Many theories, books and studies have fueled the making of the legend and the public’s continuing interest. There was even an academic article, published in June 2013, examining why the public continues to be enthralled by the Fitzgerald—“Classical Tragedy and the Wreck of the Edmund Fitzgerald: Why the Legend Lives on” (Jacqueline Justice, Journal of American Culture, 2013).

So, what does keep the legend going and growing?

The search to solve the mystery of why the Edmund Fitzgerald sank – and debunk the Coast Guard findings — was taken on by the famous father-and-son shipwreck dive team, Mike and Warren Fletcher. For their 2010 TV series, “Dive Detectives”, they consulted with experts and used wave-generating technology at the Canadian National Research Council’s Institute for Ocean Technology to simulate the actual storm conditions faced by the Fitzgerald. Their conclusion: It was a rogue wave—a massive wall of water perhaps 50-60 feet high – that slammed the already unstable vessel and caused her to go down.

The rogue wave theory researched by the Fletchers was so compelling that Gordon Lightfoot changed a line of his lyrics in “The Wreck of the Edmund Fitzgerald” whenever he sings it in concerts.

Adding his voice to the ongoing discussions is a member of the original team that designed the Fitzgerald, Raymond Ramsey, a retired naval architect and author of “SS Edmund Fitzgerald: Requiem for the Toledo Express” (2010). He suggests that the Fitzgerald was not seaworthy on her last voyage.

In an Nov. 12, 2009, article in the Grosse Point News, Ramsey said, “After she was delivered, the Coast Guard authorized the ship to carry more cargo. But they did not do any structural modifications. So, you had an already questionable hull compounded by carrying another 4,000 tons of cargo. Something had to give.”

And the Fitzgerald story may not be finished. In a March 2013 report by the National Oceanic and Atmospheric Administration (NOAA), the Fitzgerald wreck is listed as one of 87 that “pose a potential pollution threat” to U.S. waters (she lies in Canadian waters but close enough to pollute American waters). NOAA recommends that ‘’the site be noted in the Area Contingency Plans so that if a mystery spill is reported in the general area, this vessel could be investigated as a source.”

After 38 years, we still don’t know what really happened to the Edmund Fitzgerald Could it happen again? I asked some veteran Great Lakes captains. Their answer? “Yes.” 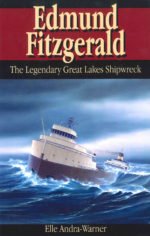 Under a gloomy sky one devastating day in November, 1975, Edmund Fitzgerald suddenly surrendered to ferocious gale-force winds, plunging to the bottom of Lake Superior, leaving no survivors. This haunting tale looks back to one of the most legendary, mysterious, and controversial shipwrecks of the Great Lakes. In the epic battle between humans and nature, the outcome is often tragic and humbling. 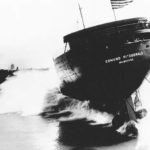 What caused the sinking of the Edmund Fitzgerald? 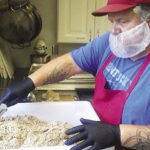