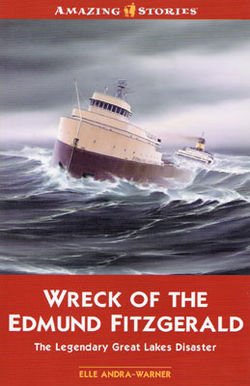 By Elle Andra-Warner: Altitude Publishing
$9.95 US

Cold and stormy Lake Superior is a legendary graveyard for vessels large and small, but the 1975 wreck of the ore carrier Edmund Fitzgerald is the best known, perhaps due to the popular song by Gordon Lightfoot. All 29 men onboard were lost when the ship went down in the heavy seas of a November storm.

The Edmund Fitzgerald continues to fascinate folks who are interested in Lake Superior and Great Lakes shipping. Elle Andra-Warner’s book is the newest of several works about the famous shipwreck. A veteran writer (and frequent contributor to Northern Wilds), she has authored a well-researched and easy to read book about the Edmund Fitzgerald and the famous gales of November that sunk it, as well as an excellent short history of Superior shipwrecks.

Although no one knows for sure what happened during that November storm, the author chronicles what has been learned during several expeditions to the ship’s watery resting place, over 500 feet beneath the lake’s surface. Further expeditions are unlikely, because in 2006 the Ontario government restricted access to the wreck under the provincial heritage act, in part due to respect for the lost crew and their survivors. 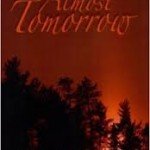