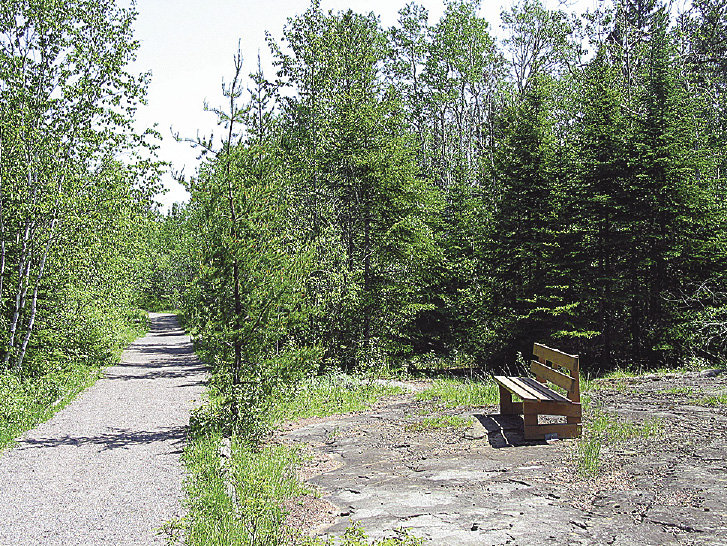 The short 1km loop trail from the parking lot at Ouimet Canyon takes you through the boreal forest (forest bathing) to two viewing platforms jutting out over the rock edge for an amazing view of the canyon and landscape. Ouimet Canyon is a gorge cut into the rock of Lake Superior’s Ontario shore. | ELLE ANDRA-WARNER

What some of us have simply called a “leisure walk in the woods” is emerging as a global wellness movement with the new name of “forest bathing”—and it’s getting lots of media attention. The age-old practice of walking barefoot in the grass, on the beach or elsewhere is now called ‘earthing’ or ‘grounding.’ And some innovative electronic artists are supposedly recording music from trees and plants.

Mainstream media including CNN, CTV, National Geographic, The Atlantic, Canada’s major newspapers National Post and Globe & Mail have all featured stories and published articles about forest bathing with titles touting “Experience the magical practices of forest bathing”, “Why you should be forest bathing (and we don’t mean shampoo)” or posing the question, “What the heck is forest bathing?”.

The concept comes from the healing practice of Shinrin-Yoku developed in Japan in the early 1980s. The term means “taking in the forest atmosphere” or “forest bathing.” In 1982, Japan made Shinrin-Yoku a part of its national health program, making it a cornerstone of its preventative health care and healing in Japanese medicine. The goal is to get people to slow down and reconnect with nature.

While the benefits of a relaxing walk in the woods is something people have intuitively known to have calming, rejuvenating and restorative benefits, the preventative and health-enhancing benefits are scientifically being proven through research. Among the benefits are reduced blood pressure, lowered stress hormones, improved mental clarity, boosted immune system, increased energy levels and improved sleep, to name a few.

In a CNN Article (August 2017), Dr. Nooshin Razani, a pediatrician and nature researcher with UCSF Benoiff Children’s Hospital Oakland, is quoted “Studies have shown that within 15 minutes of being in nature, your stress level goes down, your heart rate, blood pressure improves. If you’re in nature longer, you can feel less depressed, less anxious. And if you’re in nature for a few days, you have much increased creativity and cognitive ability.”

According to the Association of Nature & Forest Therapy (the organization that trains and certifies Forest Therapy Guides) forest bathing is “a research-based framework for supporting healing and wellness through immersion in forests and other natural environments”. This summer, University of Minnesota is offering monthly afternoon sessions on Shinrin Yoku with a certified forest guide at their Arboretum in Chaska.

Another growing back-to-nature health movement is “earthing” (also known also as ‘grounding’), first introduced in the late 1990s by a retired U.S. cable TV executive Clint Ober, the author of “Earthing: The Most Important Health Discovery Ever?”. Simply put, it is about making direct skin contact with Earth—like walking barefoot on a beach, stone, soil or grass—or a conductive surface that is in direct contact with Earth.

The idea is based on research that connecting to Earth’s electrical energy promotes physical well-being by transferring free electrons to replenish the body and bringing the body back in sync to its neutral state. Prominent medical doctors like cardiologist Dr. Stephen Sinatra, scientists like Dr. David Suzuki and some NASA astronauts have supported earthing. According to emerging research, including a study at one of Germany’s Max Planck Institutes, positive results include decreased pain, reduced inflammation, sleep improvements, reduced stress and increased energy.

The famous nature writer Sigurd F. Olson from Ely, dedicated his book Wilderness Days—first published in 1958—to “all those who have listened to the Pipes of Pan along the waterways of the north”. Moving forward to the 21st century, some are finding ways to record the music of nature, like German sound artist Bartholomäus Traubeck who has designed equipment for tree rings to produce music.

Tree rings have been compared to the grooves of a record in that both contain data. Traubeck designed a special turntable designed to read tree rings like music tracks, producing music described as “aesthetically beautiful while at the same time strangely ethereal.” Traubeck, who has said each tree produces a different tune, produced a music album in 2012 titled “Years” featuring tunes from spruce, oak, maple, alder, walnut and birch trees.

Can plants make music? Back 42 years ago (1976) in Damanhur community near Turin, Italy, researchers were exploring ‘plant intelligence’ and wondered if it was possible to communicate with plants by means of music. They created a device that measures the electromagnetic changes on the surface of plant leaves and roots, translating the micro-currents into music through synthesizer. Calling it the “Music of the Plants,” the plant music is now featured on videos and CDs, as well as at live concerts and presentations at festivals around the world. 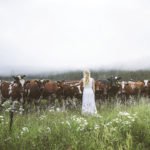 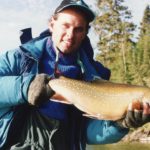