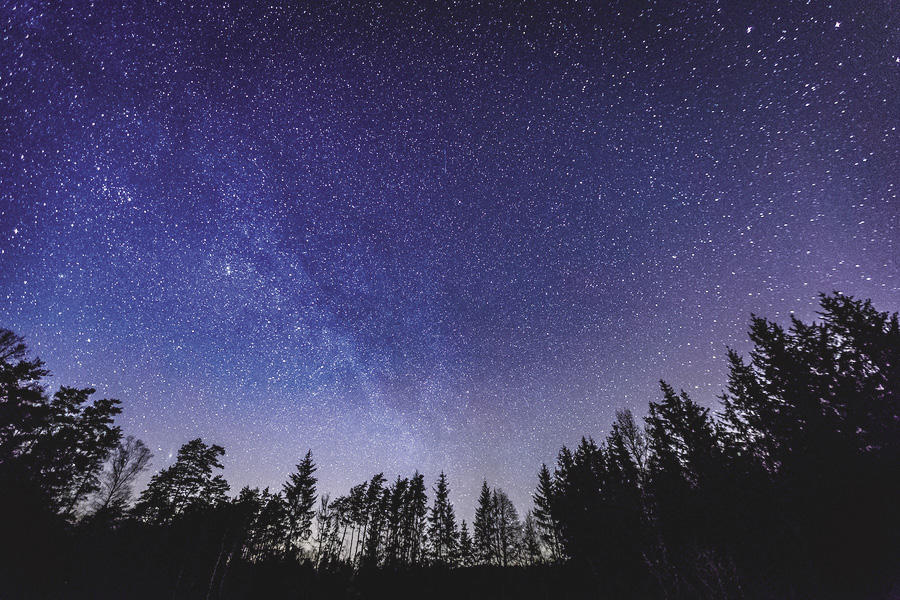 Our over-reliance on GPS has made natural navigational skills all but vanish. | STOCK

We are all navigators. To find our way from one place to another, we often look for landmarks or use maps when we are traveling through unfamiliar places. In today’s world of hand-held computers, navigating has never been easier. With a few effortless taps on our smart phones, mapping tools can give us the fastest route to our destination, all in a matter of seconds.

Unlike the civilizations that came before us, and especially since Global Positioning System (GPS) development in recent decades, we no longer need to rely on our senses to give us clues to where we are in the world—the position of the stars, the Sun and other planets. While it’s been a major boon to personal travel and industry, our over-reliance on GPS has made natural navigational skills all but vanish.

How are stars used for navigation?

“Celestial navigation is what first let ancient peoples on earth begin to travel. They realized, when they first recognized constellations, that when they started getting further away from home, the stars would rise in [correlation] to a certain time. As people got more advanced, they understood why that happened, and from there they could start figuring out where they were,” says Brendon Roy, president of the Thunder Bay Centre of the Royal Astronomical Society of Canada. Established in the 1980s, the local chapter currently has about 50 members and is dedicated to promoting sciences and astronomy, and exposing people to the night sky.

According to Andrew K. Johnston and co-authors of the book, Time and Navigation, the Untold Story of Getting Here to There, modern voyagers suggest that early Polynesian navigators sailed from island to island observing the sun and stars, wind and waves, and the behaviour of birds and fish. The Greeks, Phoenicians, and Romans sailed the Mediterranean Sea for centuries by observing the same indicators.

With the publication of Claudius Ptolemy’s Geography, written in the second century and translated into Latin in 1409-10, the world was mapped with longitude and latitude coordinates, and propelled early explorers into a more accurate means of getting around. Mariners relied heavily on clocks and angle-measuring instruments like the quadrant, the astrolabe, and later the sextant to plot their location on a trackless sea, aligning the stars in the sky to find their own place on Earth.

“In the 1800s, a good time piece was worth its weight in gold,” says Roy. Explorers who could find their way around the world were, in effect, able to discover new land, and establish colonies that helped to expand the great empires throughout history.

“Astronomers were heavily employed during most of the British Empire’s history, because they were the only ones who could get the ships from Point A to Point B. An astronomer on a ship in the old days—even today—if he knew his math and had a good time piece, he could get you down to within a few hundred meters of where you were supposed to be…It had huge impacts, and history today still shows how significant the British Empire is.”

The entire world is set to Universal Time from the Royal Observatory in Greenwich, London, UK. It’s the location of the Prime Meridian, an imaginary line that divides the Earth into eastern and western hemispheres. By the late 1800s, more than two-thirds of all ships used it as the reference meridian on their charts and maps.

“The history is tied into our present day really tightly,” says Roy. “And it’s kind of funny when you start seeing how it all comes together. So if you look on a map over the years of where observatories are built or what ports had observatories, you’ll find that the British built an observatory at every one of their major ports—there’s one built in Halifax, there’s one in Cape Cod, throughout East Asia for the trading companies. And the reason that they built them was not so much for scientific advancements, but for finding the positions of the stars to update their tables.”

In our corner of the world, British explorer David Thompson mapped nearly two million square miles of North America using celestial navigation, including Northwestern Ontario. Sources say he was nicknamed “Koo-Koo-Sint,” or “the Stargazer” by some indigenous peoples.

Bringing back the lost art of celestial navigation

Fast forward to recent decades, and the popularity of satellite positioning outshines navigation by the stars. Or does it?

Recognizing the vulnerabilities that come with modern technologies, the U.S. military is going back to basics—or, at least, reintroducing them to their training modules. Since 2015, its Naval Academy has resumed training officers in the lost art of celestial navigation. In what was once the national standard, this training was eventually phased out in the 2000s with the advent of GPS technology that simplified and improved the ability to find a ship’s position at sea.

“We went away from celestial navigation because computers are great,” Lt. Cmdr. Ryan Rogers, the deputy chairman of the academy’s Department of Seamanship and Navigation, told the Maryland-based Capital Gazette in a 2015 report. “The problem is, there’s no backup.”

Threats to technological infrastructure could disrupt these systems or knock them out entirely, through a deliberate attack, space debris, or even a strong Earth-directed solar storm, according to a 2016 article published in Sky and Telescope Magazine.

Even though the training is a small portion of the curriculum for naval students, using a sextant and the stars has worked for seafarers for centuries, and places less reliance on a method that cannot be hacked. It’s a start to improving resilience.

And from our doorsteps, it doesn’t hurt to look up once in awhile and gaze at the night sky in search of Polaris, or the North Star, one of the most important celestial markers in natural navigation. A GPS might be a useful tool to tell us literally where we are on this planet, but tuning in to the natural world will surely offer us the ever-so important sense of our belonging. 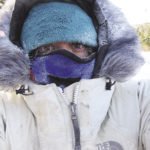 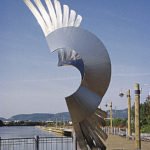