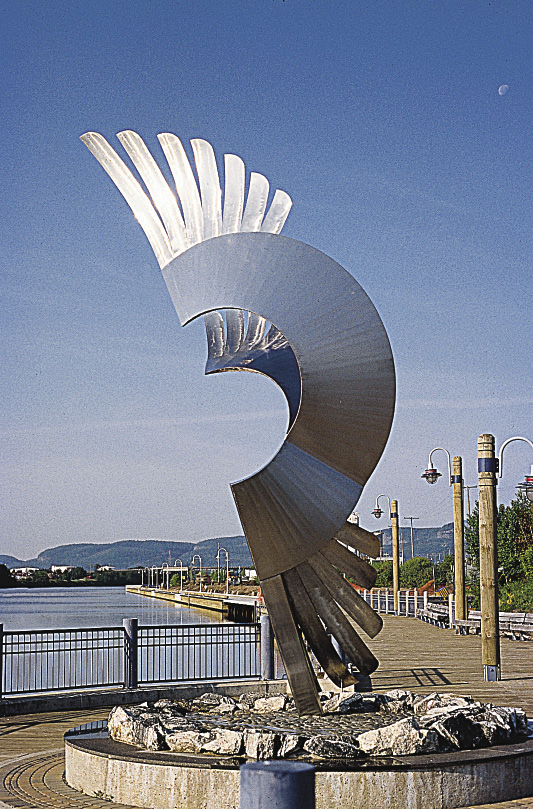 The sculpture of a thunderbird in flight, “Animikii (…Flies the Thunder)” by Anne Allardyce was installed in 1992 in Thunder Bay. | CITY OF THUNDER BAY

According to Ojibwe Thunderbird Mythology, the legendary mythical giant birds known as thunderbirds (Animikii) once called the top of Thunder Bay’s Mount McKay their home. Located on the Fort William First Nation, and known as Animiki-waajiw in Anishinaabe, the towering 1,000-foot mountain—a sacred site to the Ojibwe—looks over the city and Lake Superior. But the mountain welcomes visitors. At the 500-foot level, there’s a scenic lookout and skywalk boardwalk that delivers an amazing panoramic view stretching out into the horizon, and there’s a hiking trail to the mountain top where the mythical thunderbirds once lived.

The thunderbirds are supernatural, powerful Manitous (spirits), and can create rain, wind and violent thunderstorms with their wings and eyes. There’s a story set back in the 1880s on Minnesota Point in Duluth about an Ojibwe mother telling her son that the thunder was the animikig [thunderbirds] striking their wings against the hills, and the lightning was the flashing of animikig’s eyes. And in the book Norval Morrisseau (National Gallery of Canada 2006), author Greg A. Hill describes thunderbirds as:

“Gigantic birds who protect the Anishnabek [Ojibway]. They have the ability to cause thunderstorms. They make thunder by heating their brilliantly coloured wings and light the skies with their lightning bolts that shoot from their eyes. They are said to take their storms south in the autumn and return with them in the spring.”

There’s also stories about thunderbirds and violent thunderstorms at Thunder Cape, located at the ‘toe’ of the Sleeping Giant Peninsula. And credit goes to the thunderbirds for the name of the largest city on Lake Superior. In the book Thunderbirds: America’s Living Legendary Great Birds, the City of Thunder Bay, Ontario is said to be named after a translation of Animike Wekwed, “Thunder Bird Bay.”

While regional variations differ somewhat in the details surrounding thunderbird mythology, in the Ojibwe version the thunderbird was created by Nanabozho—a spirit in Anishinaabe creation storytelling—to fight underwater creatures and to protect humans against evil spirits. They arrived in spring and headed south in the fall. As ‘spirits of the sky realm,’ thunderbirds were believed to be links between the spirit and physical world; they are revered and considered sacred.

The thunderbird is found in Indigenous cultures throughout North America. For example, on the Atlantic East Coast there are stories of winged creatures nesting on high cliffs and scooping up moose and caribou to feed its young. On the Pacific West Coast there’s accounts of thunderbirds flying out on the ocean, picking up a whale with its talons and bringing it inland to eat. Thunderbird tales were known continent-wide, from the peoples of the Navaho, Cheyenne, Comanche, and Cherokee to places like New Mexico, Vancouver Island, Queen Charlotte Islands, Texas, California, Alaska and Mexico.

Closer to our Northern Wilds region, Wisconsin’s Thunder Lake is supposedly named for the legendary thunderbird, and a high rock in Michigan’s Thunder Bay at Alpena was said to be home to the thunderbirds. In northern Wisconsin, the Menominee have stories about thunderbirds living on a great mountain that floats in the sky and the state’s Thunder Mountain was frequented as a nesting place by thunderbirds. And in North Dakota, a thunderbird supposedly built a nest using sticks and brush at Devils Nest.

Did you know there was a connection between thunderbird mythology and the game of lacrosse? In his book, Living with Animals: Ojibwe Spirit Powers, author Michael Pomedli writes the game of lacrosse was a “mimic war game believed to have been given to the men by the thunderbirds manidog [spirit], whose property it was considered to be.” Michael noted that the person who called the game had the thunderbird as his guardian spirit; dreams influenced how the game was played. “Ojibwe believe that because lacrosse has celestial origins, it is ruled by cosmic forces and not merely by chance.”

Thunderbird images are found carved on totem poles, on rock art, pictographs, and represented in the paintings created by world-renowned Anishinaabe artists like Thunder Bay’s late Roy Thomas and Beardmore-born Norval “Copper Thunderbird” Morrisseau. In Pomedli’s book, he writes, “Because of their importance as protectors, thunderbirds were displayed in designs available to the public.” The image has been reproduced on paintings, bags, shoulder pouches, jewellry, tattoos, etc.

A beautiful sculpture of a thunderbird “Animikii (….Flies the Thunder)” by artist Anne Allardyce is on view at the boardwalk end of the Kaministquia River Heritage Park. Installed in 1992 as one of the city’s first commissioned public art piece, the stainless steel silver-winged thunderbird is 7-metres (22 feet) high and 3.5-metres wide (12 feet) set on a stone base. A bilingual Ojibwe-English text is engraved in black granite slab. 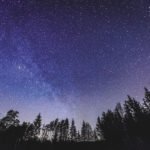 Celestial Navigation: A Lost Art of Finding Our Way 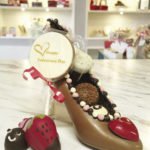