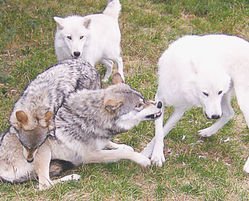 Ritual dominance behavior among wolves can be very intense, but rarely results in injuries to the animals. —Photo by Lori Schmidt, International Wolf Center

Since Nyssa’s death, the pack has gone through some changes. Initially, the pack was very subdued with limited social interaction and increased howling behavior for several weeks after the loss of the omega pack member.

As summer arrived, the pack again returned to early morning bouts of stalking, chasing, and rank order behavior characteristic of this social pack animal. The wolves swam in the pond, dove for minnows, chased ravens, and each other in ambush scenarios likely stimulated by their predatory drive. Similar to wolves in the wild, they slept during the warmest portions of the day to avoid overheating a body that is covered with hair rather than sweat glands. Wolf care staff didn’t observe any patterns of rank order issues during this normally calm time of year.

As fall and winter approached, behaviors changed. Researchers have long documented the influence of hormones on a wolf’s behavior as the breeding season approaches. Even in an exhibit where wolves are spayed and neutered, these hormonal influences are present, no doubt subdued, but present.

Beginning in October of 2005, Shadow and Malik began posturing for dominance, including hip slams, chin rests on the back of the other wolf, high tail postures towards each other, slow and deliberate circling of each other.

By November, the posturing led to ride up behaviors, where a wolf puts their forelegs on the back of another wolf in attempts to force a submission. Scruff biting increased, and chases ensued, with the less confident wolf running away with pinned ears, a tucked tail, and often a full hackle response. Since they were pups, Shadow clearly has been more dominant in encounters with Malik, but what changed this year, was the maturing of Grizzer. When Shadow faces Malik, Grizzer rides up from behind and attempts a scruff bite.

For the first time at the Center’s Exhibit pack, there were three males all vying for status. One of the males will be on the bottom of the order, termed the omega position and all early indications point to Malik as the lowest ranking male. Why not Maya, since she’s most submissive? As the only female, Shadow seems to guard her from dominance instigated by the other wolves, maintaining a higher ranking in the pack.

These ritualized dominance behaviors can be noisy and quite intense, but are generally short in duration and don’t result in injury. In fact, biologists believe by clearly showing dominance in such ritualized displays, pack members avoid more significant fights. These behaviors are instinctual derived from life in the wild and present in the captive wolves that serve as ambassadors. 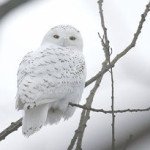 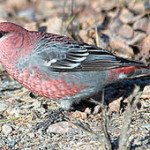