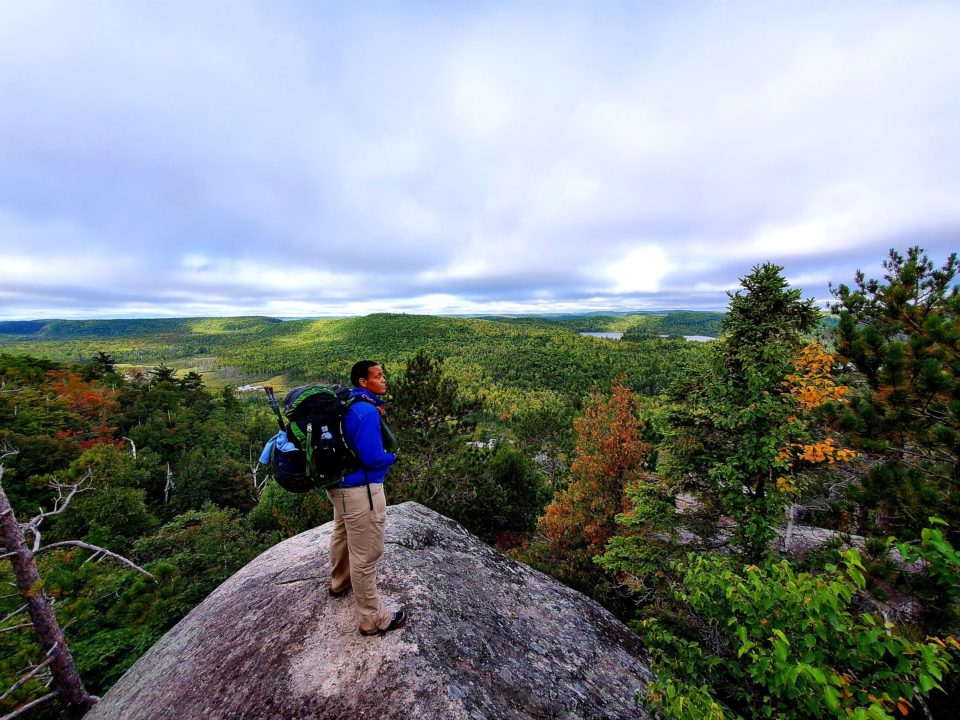 On July 4, Crystal Gail Welcome of Grand Rapids, Minn. will begin a 300-mile thru-hike of the Superior Hiking Trail. She is doing the thru-hike as a fundraiser for People of the Global Majority in the Outdoors, Nature and the Environment. | SUBMITTED

On July 4, Crystal Gail Welcome of Grand Rapids, Minn. will begin a 300-mile thru-hike of the Superior Hiking Trail. Before embarking on her adventure, Welcome felt compelled to notify local law enforcement that she would be on the trail. While most hikers might consider this an unusual step to take, for Welcome, it’s a wise precaution. She is Black.

A portion of her letter to local law enforcement reads:

“I understand that there is a great deal of racial tension in the U.S. I am aware that as a Black solo hiker, I might face adversity and possible prejudice on the trail — however, I do not anticipate threats or violence, and I’d ask that if needed you’d intervene promptly…

“Sadly, we live in a time where such a letter needs to be written in advance. I have attached a photo of myself in hiking gear and ask that if I am seen on the trail that you DO NOT shoot me. Aside from backpacking gear, I will be carrying the following items: bear spray, a pocket-knife, and hiking poles. None of these items are ‘weapons.’”

Welcome is making the thru-hike as a fundraiser for People of the Global Majority in the Outdoors, Nature and the Environment (PGM ONE), an organization that “envisions a world that centers, values, uplifts, and empowers those who are most impacted by environmental harm and climate change—and in particular black, indigenous, and people of color/of the global majority—to lead the way toward environmental justice and collective liberation.” She also wants to encourage more people of color to enjoy the outdoors.

This is no small task. For years, outdoor advocates, who are predominately white, have struggled to find ways to make outdoor activities inclusive of people of color. It is fair to say most of their efforts have had limited success. Welcome suggests one reason is that people of color historically haven’t considered the outdoors a safe place. For Blacks, the dangerous paths escaped slaves followed along the Underground Railroad and the lonely locations of lynching were outdoors.

Welcome wants to change the perception that the outdoors are unsafe through example.

While living in Georgia before moving to Minnesota to accept an internship a year ago, she led youth trips for kayaking, stand up paddleboards, backpacking and camping. She brought kids on overnight camping trips to teach them basic skills such as erecting a tent and building a fire. Armed with this new knowledge, some of the kids would then encourage their families to go camping.

“When they saw someone like them do it, then they knew they could do it, too,” Welcome said.

Her own path to an outdoor lifestyle began with an illness. Welcome suffers from a rare brain disease that required her to get a neurological implant. Doctors told her she’d live with constant pain. She decided to make the most of her life and took up running.

Her introduction to the outdoors began when she started doing day hikes in parks with a friend. On one of those hikes, she hugged a tree and, in a way, was transformed. What was a casual interest in the outdoors became a passion. In addition to experiencing more outdoor activities, she became a wilderness EMT and first responder. She follows the principals of Leave No Trace when outdoors and has an abiding respect for Nature.

Welcome is no stranger to long distance hiking. She has hiked portions of the Appalachian Trail and the Pacific Crest Trail. On those hikes, she learned that people of color can have unfriendly encounters with other outdoor users.

“I met some people who were not so nice,” she said.

Even in northern Minnesota, she’s had run ins with people who seemed suspicious of her just because she was Black. While visiting a park not far from her home with two of her dogs, she was approached by a woman who asked what she was doing there. Unsatisfied with Welcome’s answer that she was just enjoying herself, the woman made a phone call. Shortly afterward, Welcome noticed there were cars circling the park, apparently to keep an eye on her.

As she mentioned in her letter to local law enforcement, Welcome doesn’t anticipate any negative or threatening encounters on the North Shore. She is concerned that portions of the Superior Hiking Trail pass through private property and that a landowner might be surprised to see a Black person on their land. She mentioned the recent incident in New York’s Central Park where a woman called the police on a Black birdwatcher when he asked her to leash her dog, as required by park rules.

“Good encounters can’t be taken for granted,” she said.

Welcome thinks she can walk the entire Superior Hiking Trail in two weeks, but she is allowing three weeks for her adventure. She intends to walk alone, but may be joined by others for portions of the hike. She will blog and write about her hike afterward.

Some folks may ask what they can do to help people of color enjoy the North Shore. Welcome offers some simple advice.

“White people need to hold other white people accountable,” she said. “If they see someone behaving poorly with a person of color, they need to speak out. We need to help people of color feel safe out there.” 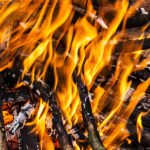