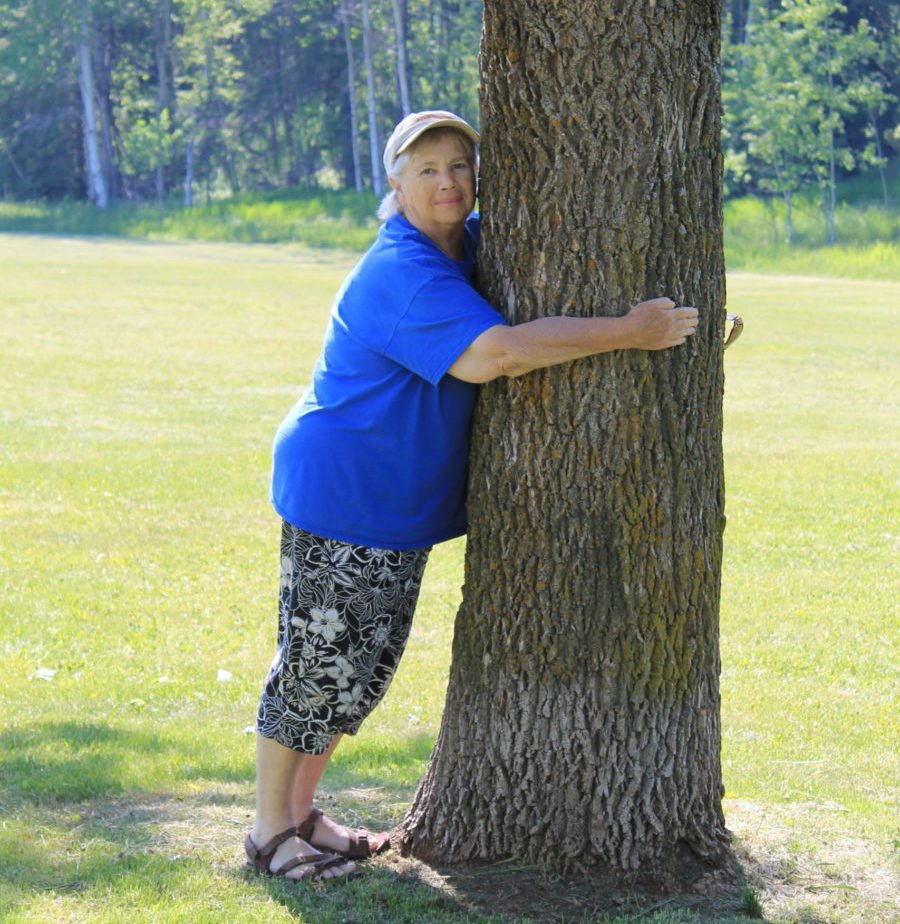 It was back about 20 years ago while interviewing a pioneer of a remote northern Ontario railway town, that I first heard of someone talking about trees as their ‘friends’.

She was telling me about walking to school on a country road from her lakeside home. The walk was a couple of miles long with boreal forest on each side, no houses. Surprised, I asked her if she was ever afraid to walk that road by herself? She replied, “Oh no. I knew the trees would protect me. The trees were my friends.” And it seemed they did—nothing ever happened to her walking on that country road.

There’s been a lot of media attention about trees in the last while. From how trees have communities; how trees grow; their relationship with people; forest bathing (courses now being taught in North America) and health benefits from hugging a tree. Books about trees, like Trees by David Suzuki and Wayne Grady and The Hidden Life of Trees; and, TV specials like the recent BBC Special, “Judi Dench: My Passion of Trees.” (In her BBC documentary, Dame Judi Dench asks the viewer “Do you know there are more trees than there are stars in the galaxy?”.)

Even governments are beginning to encourage people to ‘hug a tree’. In April 2020, the Icelandic Forest Service recommended people go out to the woods to hug a tree. The tree-hugging initiative encouraged people to hug trees when social distancing prevented them from hugging other people.

“When you hug [a tree], you feel it first in your toes and then up your legs and into your chest and then up in your head,” said forest ranger Þór Þorfinnsson in a news interview with the Icelandic Broadcasting Service RÚV. “It’s such a wonderful feeling of relaxation and then you’re ready for a new day and new challenges.” He recommends people take their time to get the full benefit of hugging a tree, noting that once a day for “five minutes is really good.”

In Japan, the physician Qing Li, chairman of the Japanese Society for Forest Medicine, believes the act of hugging a tree is soothing, good for us and views trees as part of our family. Japan has spent $4 million researching forest bathing (connecting with nature) from 2004 to 2012, and has now 62 designated therapeutic woods.

One of the benefits of hugging or leaning up against a tree is taking in the health benefits of phytoncides, antimicrobial essential oils released by trees. According to researchers, while phytoncides protects trees against germs, the oils can also boost human mood and immune systems, as well as a host of other benefits.

Hugging a tree has also become a survival skill to children throughout the U.S. and Canada. The Hug-a-Tree (HAT) and Survive program teaches basic outdoor survival skills—including how not to get lost and what to do if you do get lost—to children ages 5 to 12 years old. It originated in San Diego, Cali., after 9-year-old Jimmy Beveridge became lost and died in the wilderness in 1981 and was developed by a retired U.S. border patrol agent and a freelance writer/photographer who had participated in the search. In the Thunder Bay area, the Lakehead Search and Rescue Unit (LSRU) is certified to deliver the HAT (Hug-a-Tree) and Survive program.

Why is the program named Hug-a-Tree? One of the survival tips taught is if you are lost, “hug a tree” and stay put.

In February 2020, the City of Thunder Bay became one of the “Tree Cities of the World,” joining global network that includes nine other Canadian cities and 26 U.S. cities. The international program was developed by the United Nations Food and Agriculture Organization and the Arbor Day Foundation to celebrate greener cities and towns. (To date, no Minnesota cities/towns are listed; applications for 2020 will be accepted in September at: treecitiesoftheworld.org.)

By the way, with 30,000 urban trees in Thunder Bay, the city has a “Nominate a Tree” program giving recognition to “special” trees.  According to the city’s website, “You can nominate any tree within the city limits. If you believe that a tree, or stand of trees, is of cultural, historical, or biological importance, let us know. Notable trees can be on public lands or if permission is granted of the owner, private land. City’s Forestry and Horticulture staff will review all nominations prior to adding to our “Notable Tree list.”

And once you find the right tree to hug, Icelandic forest ranger Þór Þorfinnsson in an article in Iceland Review by Larissa Kyzer (April 10, 2020) had another recommendation, “It’s also really nice to close your eyes while you are hugging a tree. I lean my cheek against the trunk and feel the warmth and the currents flowing from the tree and into me. You can really feel it.” 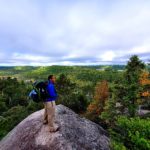