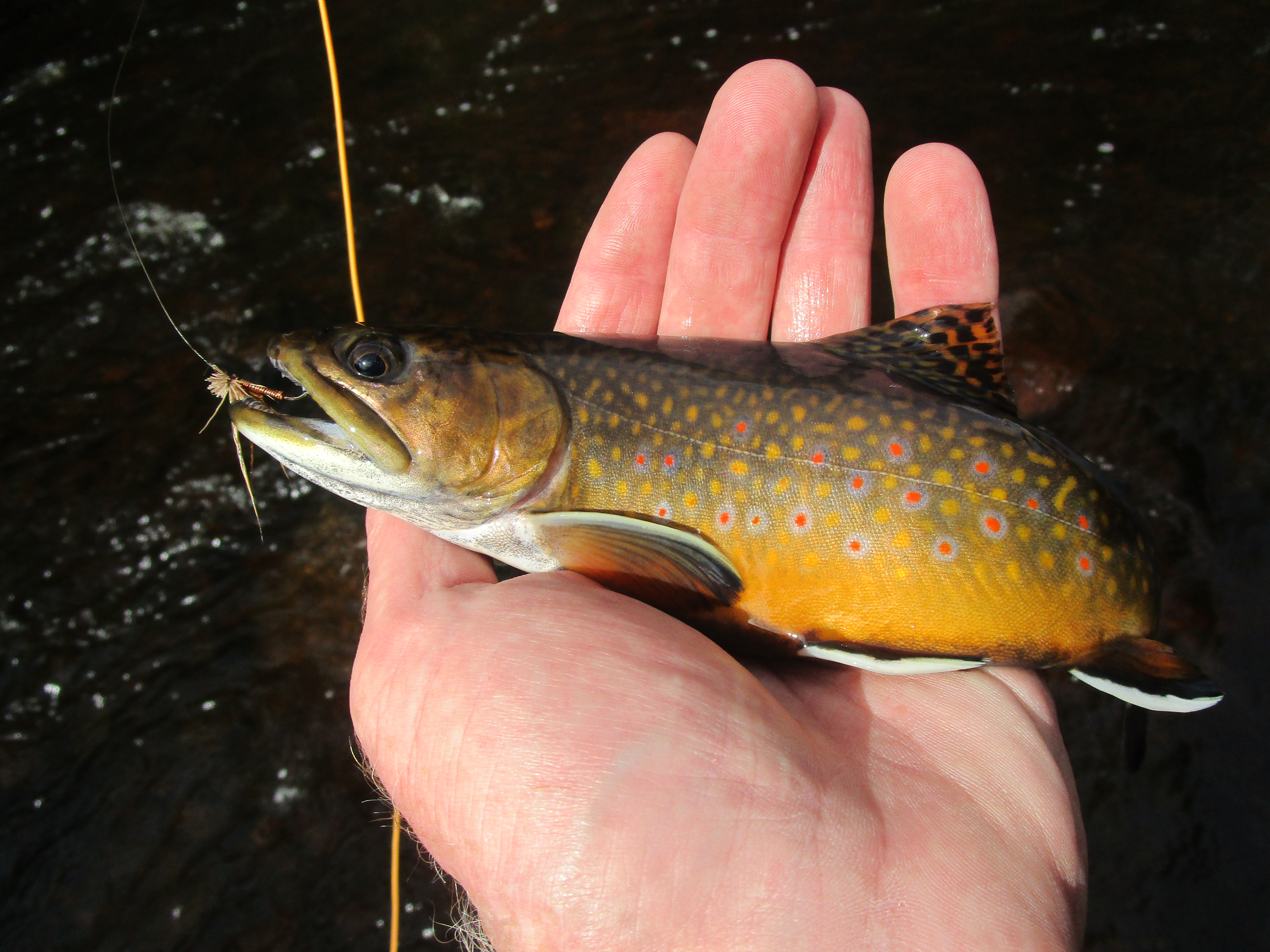 A brook trout in spawning colors is a living jewel. | SHAWN PERICH

Lake Superior was rolling up on the cobblestone beach at the creek mouth, pushing the stream’s bog-stained outflow along the shore. I was wearing waders, but there would be no wading this morning. The waves were at least chest high as they hit the beach. I stood in the wash and made a few casts.

It wasn’t long until I had a strike. I quickly played and nearly landed a small, silvery fish that shook free as I lifted it from the surf. I think it was a rainbow trout. Nothing inspires a fisherman like a little action, so I kept casting.

A warm south wind was in my face; which is not something you can say very often when standing on the shore of Lake Superior. The spoon that fooled the rainbow didn’t fool anything else, so I tried other lures. I really wanted to catch a lake trout before the season came to an end. Actually, I’d decided this day would be devoted to fishing; a season finale, if you will. This was just my first stop.

I didn’t find a lake trout or any other fish, so it was time to move on. My second stop, long a favorite of this angler and many others, was now posted with signs threatening trespass prosecution if I dared to go fishing there. While I wasn’t sure of the legality of the posting, challenging it would only lead to an encounter that would spoil my day. It wasn’t worth the effort. I decided to first check about the legality with a conservation officer. I could always return another day.

Instead I headed inland for a favorite brook trout stream, because it was the last day of the season. Here I found another sign telling me I had public access to the stream corridor. That was more like it. Recent rains had raised the river level from summer lows. It looked fishy. This stretch of the river tumbles over boulders and cobbles, pausing occasionally to form small pools. I like to fish downstream with a wet fly, probing every pool and pocket. Today I tried a favorite fly; a tiny weighted Muddler of my own design. It sinks quickly in the current and swims like a little minnow. Brook trout like it.

The only way to fish a fly is to wade the stream, which is rarely more than knee-deep. The kicker is the rocky bottom is super slippery, so you take each step with care. I like to think that I can walk and chew gum at the same time, but I can’t simultaneously walk this river and cast. That’s ok, because not being able to do so slows me down and keeps me focused on the fishing.

In summer, aggressive brookies will chase after a wet fly, which makes for exciting action. Most of the fish I catch in this place are less than nine inches in length with an occasional 10- or 12-incher in the mix. When it comes to brook trout, size truly doesn’t matter. They all have breathtaking beauty. This is especially true in the fall, when they are preparing to spawn. The first one I caught was maybe 7 inches long, but its colors were stunning. Its olive flanks were speckled with orange spots surrounded by blue halos. Its belly was bronze-orange. All of the above was accented with red fins lined in vivid white. I held it in my hand long enough to take a photo before I let it go.

The next one I caught was a little bigger, maybe 9 inches, with a hooked jaw that identified it as a male. The colors on it were even more vivid than the first fish. Again, I held it long enough to take a picture and then let it go. At that moment, my brook trout season finale was complete.

I kept fishing, knowing I won’t be standing in a trout stream casting a fly until next spring. Strikes were hard to come by. I had to let the fly sink into the deepest part of the pools to find the trout. I caught two or three more brookies, each a living jewel. None was more than 9 inches in length. Had I caught a larger one, I may have kept it for dinner.

I went home for lunch, but my hunger for fishing wasn’t sated. Instead I loaded up the dogs and headed for the Gunflint Trail, where a friend had shared a hot tip about a trout lake. It was the last day of fishing for inland lake trout, too. Aside from occasional ice-fishing forays, I rarely go after inland lake trout. I usually have other fishing and yard-work priorities when inland lake trout fishing is best in the early spring. But my friend said they caught a bunch of lakers on this lake just two days previous, some by casting from shore. I couldn’t pass up the chance to get some more fishing in.

A short, steep walk up a rocky trail brought me to the lake. The dogs led the way. When we reached the water’s edge, they took a quick swim and then clambered up on the bank. When it comes to fishing, they know the drill. My friend told me his buddy has knocked ‘em dead with a tiny gold Little Cleo, so that’s what I tried. When that didn’t work, I tried a few other lures in the tackle box. Nothing worked.

But I couldn’t complain. The hills rising up from the lakeshore were clad with old white pines mixed with autumn-golden aspen and birch. Although the surf was up on Lake Superior, this lake was glass-still. I didn’t have to catch anything to enjoy the beauty of the place.

I left early enough to leave time for a long walk in the grouse woods. We didn’t find any birds, but two tired and smiling Labradors came home with me. I didn’t look in a mirror, but most likely, I was smiling, too.

As moose numbers dwindle, should anyone hunt them? 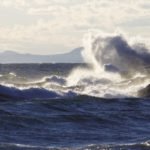 What Makes a Wave?