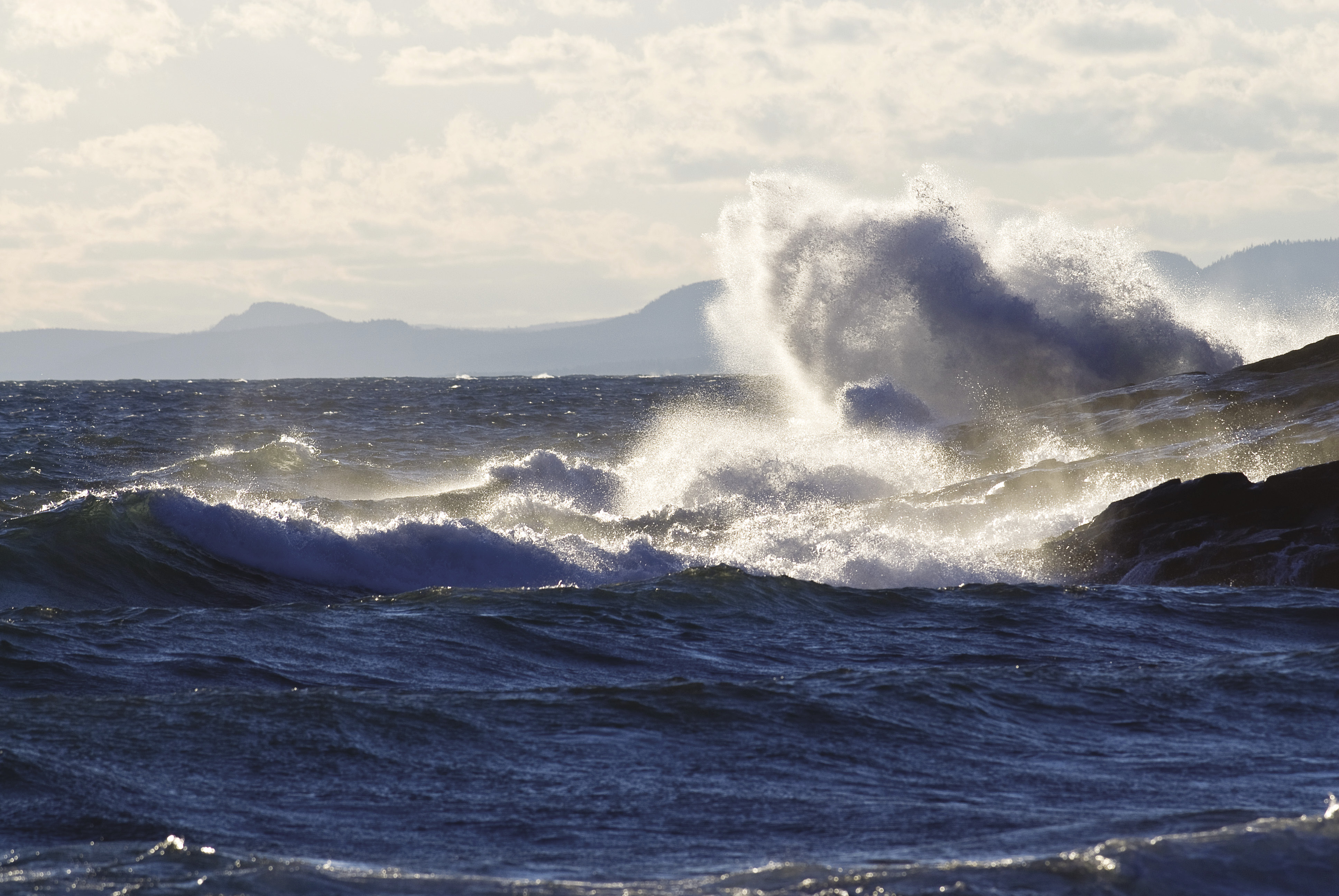 The most devastating storm on the Great Lakes happened in early November, 1913, when two storm fronts converged. High waves, reportedly 35 feet tall, and winds sunk 19 ships and stranded 19 others. More than 250 people lost their lives. On Nov. 10, 1975, a storm with hurricane-force winds on Lake Superior sank the 728-foot Edmund Fitzgerald and killed its entire crew of 29. Waves that night could have reached 45 feet. There are at least a half a dozen more November storms that caused significant shipwrecks on the Great Lakes, and many of those wrecks are because of waves. An astute lake watcher may have noticed the correlation between wind and waves, but what exactly creates those waves?

In the fall, two opposing forces create storm systems that meet on the Great Lakes. The dry, polar winds send strong storms south, and the Gulf of Mexico sends warm, moist storms north. The storm fronts meet over the Great Lakes where the waters are still warm from the summer’s heat. Just as over the Gulf of Mexico and the Atlantic during hurricane season, warmer waters feed the storm systems, causing them to grow in intensity and in some cases become an extratropical cyclone.

These fall storms generate strong winds, often blowing at gale force levels or above, and winds are one of the three factors in wave formation and growth. The other two factors are fetch (or the distance the wind blows over water) and the duration of the blow. Winds that blow longer generate larger waves, so if there’s a gale force wind or above blowing over several days, the waves will grow as long as there’s a long fetch for the wind to blow over. Sailors and kayakers often use the Beaufort wind force scale to help predict the wave height based on the wind speed. The Beaufort scale tells us a Force 8 wind, also known as a gale, blows at 34 to 40 knots and given enough fetch and time can generate waves averaging from 18 to 25 feet.

When weather reports give the direction of winds, it’s the direction that the wind is blowing out of, and to experience big waves, you’ll want to be on the downwind side of the lake. For example, if the wind is blowing from the northeast at a gale on Lake Superior, then the best place to experience big waves is Duluth, which sits on the southwest corner of the lake, downwind of 300 miles of fetch. That doesn’t mean you won’t see big waves elsewhere, because the Apostle’s will be hammered on a northeast blow, too. Shovel Point in Tettegouche State Park is an amazing place to watch the waves.

The wind speed, duration and fetch aren’t the only factors that shape a wave. When a wave contacts a beach, it breaks and creates either a spilling, plunging or surging breaker. The impressive breakers are the spilling and plunging types. A spilling breaker results from a shallow, gradually slopping beach. As the wave approaches the shore, it touches bottom and gets steeper until it breaks, sending the crest down its face. These types of breakers are gentle and appear as multiple foam-crested waves washing ashore. Many sand beaches on Lake Superior’s south shore have this characteristic. A plunging breaker happens on steeper beaches or at places where the depth changes abruptly; the entire energy of the wave breaks at once and its weight smashes into the beach. Many North Shore beaches have this type of breaker.

Perhaps the most exciting breakers to watch occur when a wave meets a cliff or breakwater. The wave reflects back out to sea and can create a chaotic mess of pyramidal-shaped waves that look like the inside of an egg carton. In some cases, when the incoming and outgoing waves meet it causes an explosive wave that sends breaking water vertically. On other cliffs the waves can break vertically and splash up the cliff face.

This fall, to get into the right place at the right time, check the near-shore marine forecasts on Lake Superior for the downwind sides of the lake (The Weather Underground makes it easy: wunderground.com/MAR/LS/141.html). NOAA’s forecasts give the predicted wave height for each day. When the waves look good, especially when they get above 10 feet, it’s time to make a road trip for a little wave watching.

Bryan Hansel is a writer, photographer and sea kayaking instructor who lives in Grand Marais. During the fall, you can find him either behind the camera or launching his sea kayak into the waves on Lake Superior. His website is: bryanhansel.com.

Note: this story was originally published in the Oct.-Nov. 2013 issue of Northern Wilds Magazine. 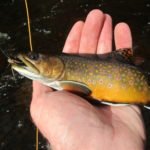 On the water, a season finale 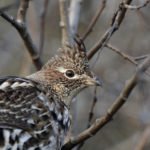 Ruffed Grouse: Dinner on the Wing