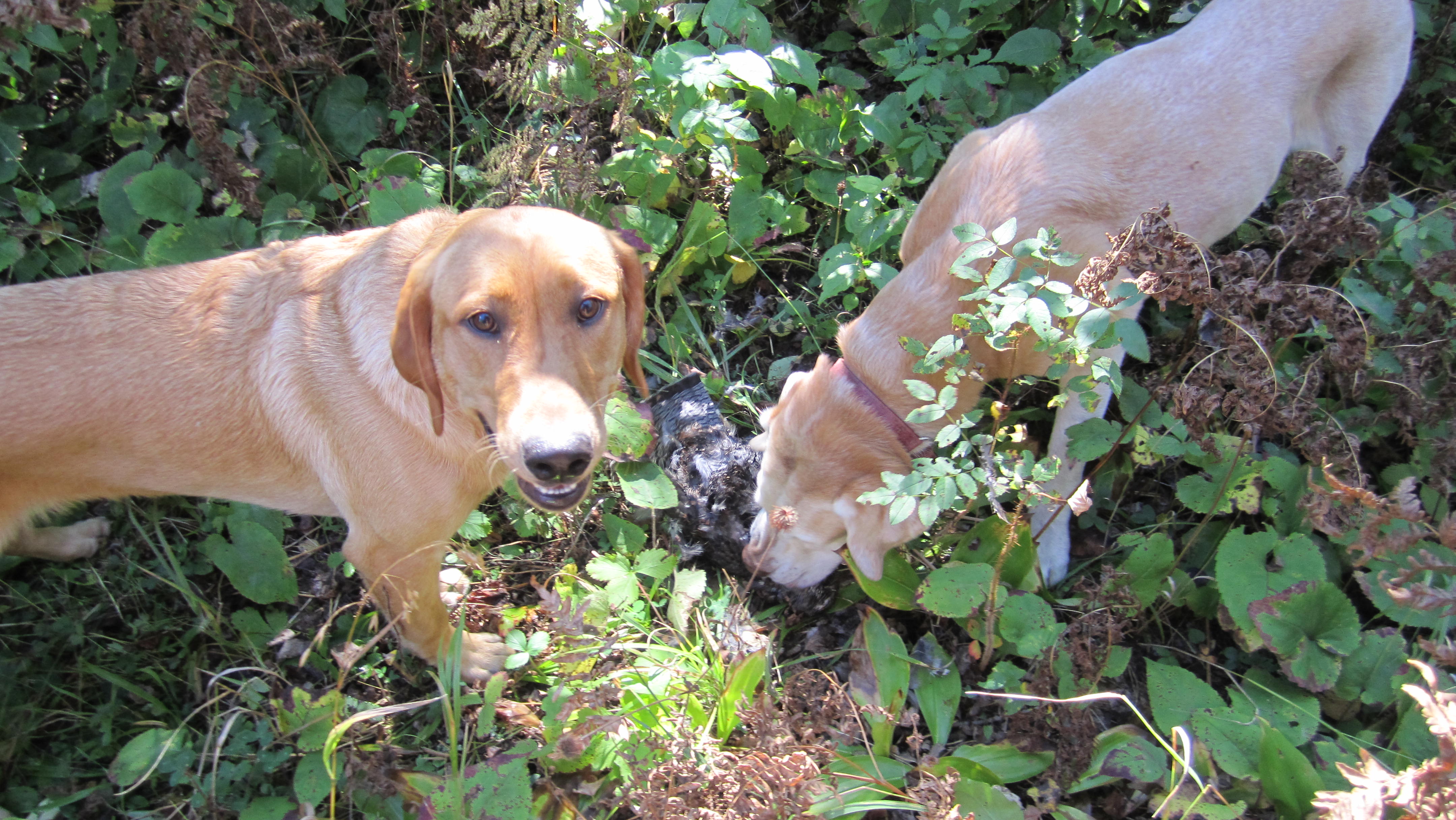 I would have pondered this question as I explored tangled jungles of cover near the Canadian border last Saturday, but I was having too much fun. Last autumn, due to circumstances beyond my control, was the first time since age 8 when I did not kill and eat a ruffed grouse. Typically, grouse are a significant component of my autumn diet. I may not survive on grouse, but I thrive on hunting and eating them.

This September, Tanner, the old dog, and I are joined by a seven-month-old pup named Rainy. Tanner, at age 12, is nearing his retirement years as a bird dog. My intent is to have him teach the trade to young Rainy. In a lifetime of owning dogs I’ve learned a human may train a pup, but an older dog teaches them. So far, Rainy is a capable student.

He’s had the opportunity to be around game birds, both in a controlled situation at a dog-training facility and by happenstance on our many walks. Throughout the summer, he didn’t seem to get it when Tanner would shift to hunting mode and flush a grouse for practice. This weekend it started coming together for the pup.

When I shot the first grouse, Rainy came to me. He wasn’t frightened by the loud noise, but seemed curious about what was going on. When Tanner dropped the dead grouse at my feet, the pup still seemed more curious than excited. I spent a few minutes making a big deal over how Tanner was a fine hunter and what a wonderful thing was the dead bird. Rainy sniffed the bird, but lacked the gyrating tail, snorting nose excitement I wanted to see.

The second bird came up from the tip of Tanner’s nose, lit briefly in a tree and then thundered into the balsams. I made a fast swing and touched off a shot as it disappeared into the cover. For the briefest moment I wondered if the shot connected and then heard a satisfying “thump” as the bird hit the ground.

“Dead bird, Tanner, dead bird,” I said, as the veteran hunter bounded into the cover to find it. Rainy, having heard the grouse flush, then my shot and the ensuing commotion, came to me. This time when Tanner appeared with the bird, the pup showed more interest. I praised both dogs while they sniffed at the bird.

September grouse hunting is a tough game, because the cover is so thick that often it is impossible to see the birds. We continued walking and I mused about how what were once logging roads that I hunted with previous dogs are now overgrown moose trails. At least it was good to see moose tracks in the mud. Tanner put up three or more birds, but it was impossible to see them or follow up for a second flush. So it goes in mid-September.

We took a break in the middle of nowhere at a place where a nearly forgotten footbridge crosses a small stream. The dogs went swimming to cool off and drank deep. It was a natural place to turn around and head for the truck. As we were doing so, I suddenly heard someone whistling for a dog in the other direction, the only time I’ve encountered someone in this lonely place. We turned and started back the way we came. After we’d covered a couple of hundred yards, Rainy stopped and faced our back trail, then gave a deep-throated growl and barked. I don’t think whoever was coming from the other direction was following us. They would’ve have seen our fresh, wet tracks on the footbridge. Whatever. I’m pleased that Rainy isn’t a timid pup.

Four hours passed before we returned to the truck. Pardon the pun, but my canine friends and I were dog-tired. Still, several hours of a beautiful day remained. I decided to go for a ride to check out hunting pressure and maybe try another place.  Around here, the grouse opener used to be a madhouse. There were hunters everywhere, although the vast majority never wandered out of shotgun range of their vehicle. Around the time of the Great Recession, I started noticing fewer grouse hunters, not only on the opener, but throughout the season. I chalked it up to the high cost of gasoline.

Gas is cheaper these days. I saw a few hunters out and about, more than I expected, but not anywhere near as many as in the past.  Most were in pickups. A few were astride ATVs. Since the use of ATVs is restricted to designated routes in the Superior National Forest, you don’t see as many here as you may in other, less restrictive areas. Interestingly, even where ATVs are allowed on the North Shore, they don’t seem to use the majority of old logging roads, which is why they become overgrown moose trails.

Since the old dog was tuckered out, an easy walk seemed best. As the sun dropped toward the trees—prime time for grouse activity—we started down a snowmobile trail where motorized vehicles were not allowed. Tanner quartered in and out of the cover. Rainy trotted along the trail giving Tanner his full attention. His mentoring has begun.

We walked and walked through some fine cover without flushing a bird. Eventually we came out on a narrow forest road. Aside from being on the snowmobile trail, I had no idea where we were. A map for the snowmobile trail said we were 12 miles from Windigo Lodge, which wasn’t much help. At any rate, it was time to turn around if we were to make it back to the truck before dark. We finished the day with two grouse, enough so I had grouse tacos that night and put a bird in the freezer. The dogs were more than happy with their kibble.

The next morning, I groaned (just a little) upon getting out of bed. Tanner was moving slowly and even the puppy was stiff and sore. But we headed back into the woods that afternoon feeling fine. We may not survive on grouse hunting, but oh do we thrive. 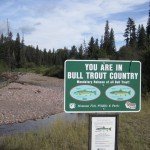