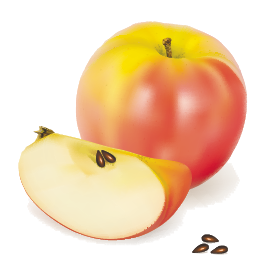 Apples are nutritious and delicious. |STOCK

What is more American than the apple? Apples are so deeply rooted in our culture, it is difficult to believe that they would be considered an “exotic” species by most standards. The only native apple to this country is the American crab. Small and bitter, this native crabapple is a far cry from the large, sweet apples we enjoy today.

It is believed that the apple originated in the forests of Kazakhstan, where the land is covered with apple trees and apples, of all shapes and sizes. From Kazakhstan, apples made their way across Europe and eventually onto the boats bound for the New World. The colonists planted many apple trees in order to produce the same apples they enjoyed in their native lands. Unfortunately, most trees died due to a very different climate exposure.

The key to the survival of the apple in America (and really everywhere) lies in the incredible diversity inside each apple seed. Each apple has five seeds. If you plant each one of those five seeds, you will get a tree that produces five different kinds of apples, each one bearing little resemblance to the apple from which the seed was taken. This diversity has allowed apples to adapt to all kinds of environments, including the U.S.

The theory is that the colonists saved the seeds from the apples ate on the voyage across the ocean. Those seeds were then planted, producing a variety of apples that were bitter tasting and primarily used for cider. Then came John Chapman, otherwise known as Johnny Appleseed. He was a purist, believed in spreading apple trees, grown only from seed, far and wide (mostly in West Virginia through Ohio), creating a diversity of apples. After a while, these wild apples adapted to the climate, possibly by hybridizing with the American crabapple. But the story doesn’t end here.

The apple still had a ways to go before resulting in the sweet apples we buy in our grocery stores today, but we can thank the Chinese for the uniformity we see today. They discovered that by taking a slip of wood cut from the apple tree that produces the variety of apples you want, and slipping it in to a notch made in the trunk of another apple tree, you can produce the apple you wish to harvest. This is called grafting and it has led to the domestication of the apples that we buy in our grocery stores today.

Apples have wild beginnings in early America and a history here in the state of Minnesota. Researchers at the University of Minnesota have been working for almost a century, breeding apples that can thrive in our cold climate. The most popular: the Honeycrisp! Common Minnesota varieties include the Cortland, Haralson and the Fireside, but the Honeycrisp apple wins the title of our state fruit.

Apples are also healthy. One apple equals one portion of fruit. Rich in vitamins such as vitamin A and C, calcium and potassium and a great source of fiber. But keep the skin on, as the pectin in the skin is its source of fiber: up to 5 grams. At 85 percent water, the apple is an excellent thirst quencher, as well as a great snack. The fiber helps slowly break down natural sugars, resulting in a healthy energy boost.

Although available year-round, peak season in Minnesota begins around August and ends mid-October. So go get yourself some beautiful, Minnesota grown apples.

Heat apples and water to a boil in a large saucepan over medium heat, stirring occasionally. Reduce heat and simmer 5-10 minutes, stirring to break up the apples. When tender, add remaining ingredients. Bring to a boil, stir and boil for an additional minute. Let cool or serve warm.

Heat oil in a 10-inch skillet over medium-high heat. Add stew meat, cover, and cook for 10 minutes, stirring often. Remove cover and cook the meat another 10 minutes, allowing the juices from the pan to be re-absorbed by the meat. Add the onion and cook, stirring, for 5 minutes. Stir in molasses and cup of broth (or water) and tomato paste. Cover and cook for 40 minutes. Add apples to the stew and cook an additional 20 minutes. Season with salt and serve.

In a large bowl, combine apples, sugar, flour, spices and salt. Mix well, then add bourbon. Fill a pie crust-lined pie plate with apple mixture. Dot the top of the filling with butter. Cover filling with another pie crust and cut slits in it. Bake for 40-60 minutes, or until crust is brown and juice begins to bubble through the top crust. 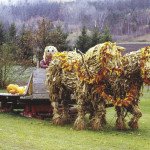 Get your Boo on! 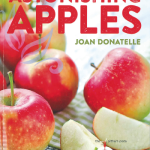