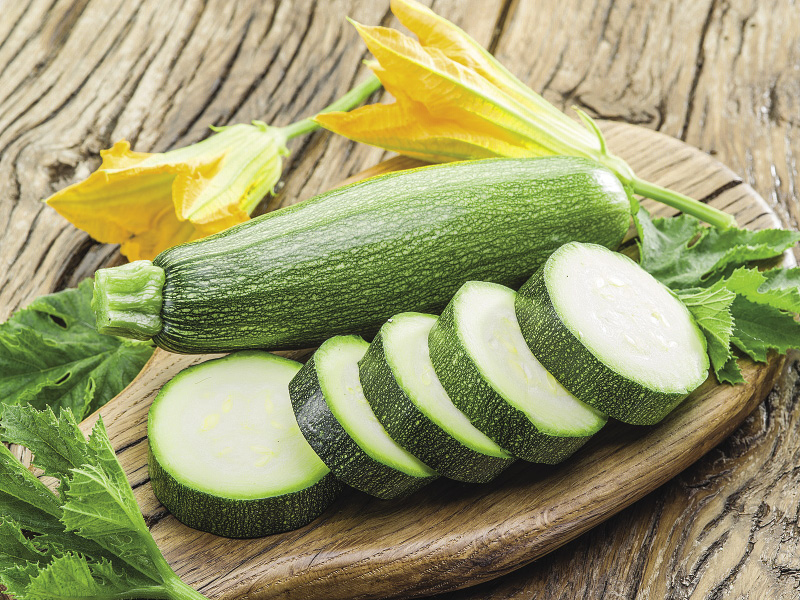 Gardening on the North Shore can be a challenge, but one vegetable you can count on in abundance is the bountiful zucchini. Technically a fruit, although used primarily in savory dishes like a vegetable, the zucchini finds its origins in the Americas. This can be misleading as the zucchini we all grow or purchase in our grocery stores is actually a cultivated variety founded in Italy. The zucchini is a member of the Cucurbita family, which includes pumpkins, winter squash and all other varieties of summer squash. The Cucurbita family of squash grew in wild abundance and variety throughout the Americas as far back as 7,000 years ago. A mainstay to the Native American diet, it was introduced to the European settlers and became readily adopted sustenance. Many explorers and settlers made the mistake of calling it a melon, as squash was unknown in Europe at that time. In the 1800s in northern Italy, Italian immigrants to the Americas brought back these wild squash and developed it into the zucchini we currently recognize. It was only around the 1920s that this zucchini cultivar was reintroduced back to the Americas and began large production in California. By 1928, there were records of over 60 zucchini varieties growing in the U.S.

Members of the Cucurbita family can be divided into two groups: summer and winter squash. The zucchini would be considered of the summer squash variety in that it has thinner skin and does not store well. In contrast, the winter squash has a long growing season, tougher skin and storable. There are many varieties of summer squash. The zucchini variety alone comes in yellow, striped and dark green cultivars. You can also find round, patty pan and crooked neck varieties. When shopping for zucchini, you want to purchase them around 6-8 inches in length. They store well in your refrigerator for 3-5 days. Nutritionally, the zucchini is low in calories and high in folate, vitamin A, potassium and vitamin C. They are also a great source of antioxidants and fiber.

Zucchini love to grow in temperate environments. Just give them enough sun and space and you will reap the benefits of this abundant crop. They prefer light, well-drained soil, so it is ideal to plant seeds a week after the chance of frost has past, in mounds, spaced approximately 3 feet apart. Zucchini need bees to produce fruit; if you notice female flowers shriveling up and dropping off, this is typically because they were under fertilized. You can self-pollinate by taking a small paint brush to collect pollen from the male flowers and transferring to the female flowers. Although all summer squash enjoy temperate climates, they are very sensitive to cold, so plan to lose your crop when that first frost looms. Production will begin mid to late summer and will be quite prolific. If conditions are correct you can expect to be overrun with zucchini. Don’t forget, August 8 is Leave a Zucchini on Your Neighbors Porch Day.

Adapted from the cookbook From Asparagus to Zucchini: A Guide to Farm-Fresh, Seasonal Produce.

For topping: blend all ingredients until smooth.

Place tortilla on a lightly oiled hot griddle or skillet. On one half of the tortilla add ¼ cup zucchini mixture and top with 2 tablespoons grated cheese. Fold empty side of tortilla over on top of the cheese and heat until cheese has melted, flipping once. Top with avocado topping, salsa and sour cream.

Toss tomatoes, onion, 2 tablespoons oil, garlic, oregano, tomato paste, 1 teaspoon salt, ¼ teaspoon pepper and red pepper flakes together in a bowl. Spread tomato mixture onto one of the baking sheets in one layer. Roast for 30 minutes.

You can use a spiralizer to cut the zucchini into roughly 1/8-inch noodles, but you can also use a julienne tool, or simply cut the zucchini lengthwise; then cut into desired noodle-like size.

Toss zucchini with 1 teaspoon salt and remaining olive oil on the second baking sheet and roast for 20-25 minutes. Transfer squash to colander to remove any excess liquid. Place zucchini noodles in a large bowl and top with roasted tomato sauce. Toss gently, season with salt and pepper, top with fresh basil.

When you discover a zucchini in your garden well past the recommended 6-8 inches.

Preheat oven to 375 degrees F. Bring a large pot of water to a boil.

Scoop seeds from the zucchini halves using a spoon, leave 1/4-inch on the sides. Place zucchini in boiling water for one minute. Remove and arrange hollow side up in a large baking dish.

Heat oil in a large skillet over medium-high heat. Add beef and cook, breaking up with a wooden spoon, until almost done: approximately 5 minutes. Reduce heat and add onion, chili powder, cumin, garlic and tomato paste. Cook another 3-5 minutes. Stir in salsa and remove from heat. Add salt to taste. 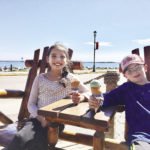