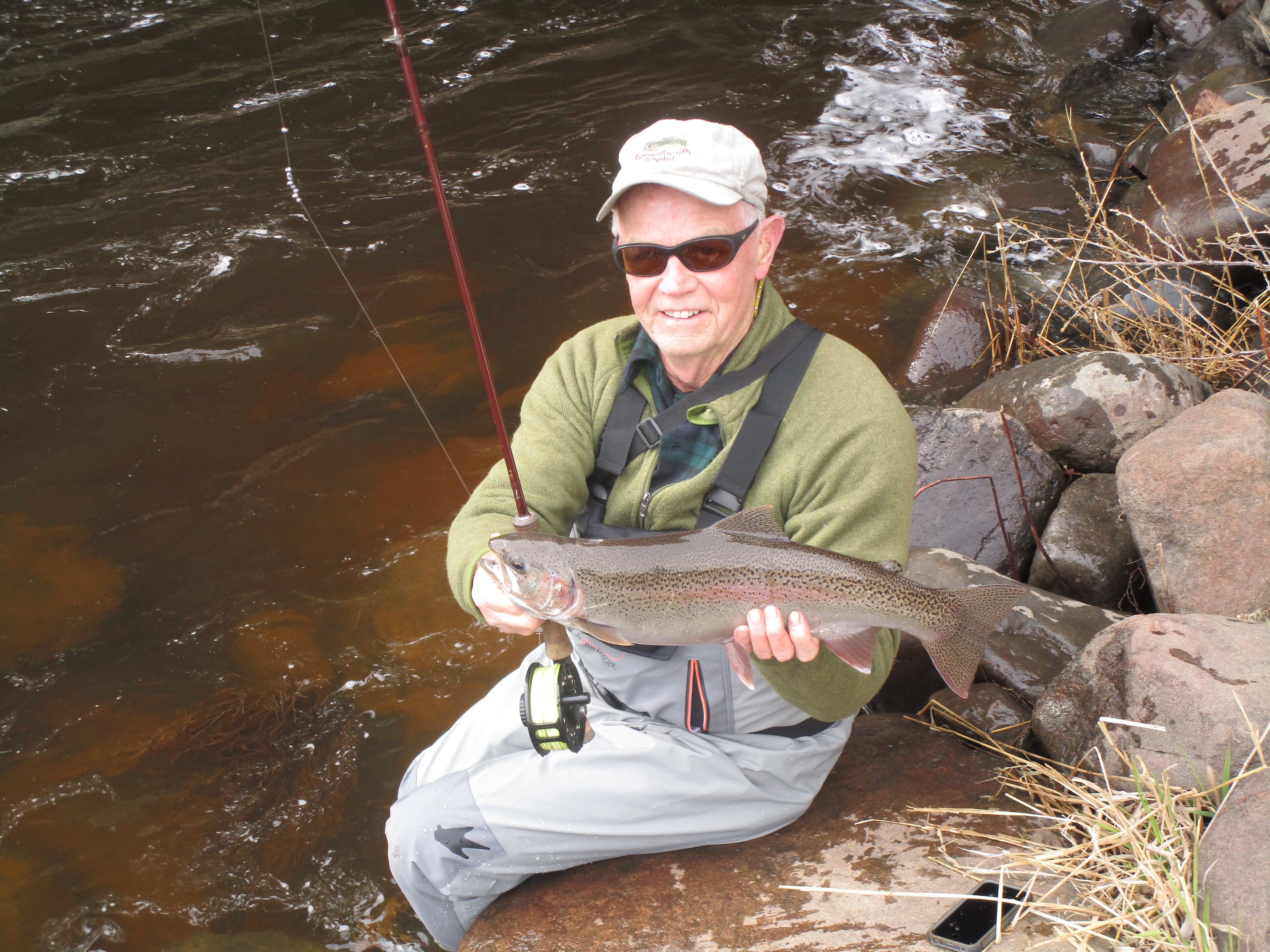 Dan Johnson of Oakdale is all smiles with his first North Shore steelhead.

Dan Johnson of Oakdale is all smiles with his first North Shore steelhead. | SHAWN PERICH

This is a modern fishing story, because it starts on Facebook. A picture of a fish led to a conversation between a couple of fishermen. That conversation became an invitation to go fishing; to be precise, steelhead fishing. That’s why Dan Johnson showed up at my Grand Marais office early one morning last week.

Johnson, of Oakdale, is an avid angler of the other kind; a warm-water fisherman. His favorite pursuit is fly-fishing for smallmouth bass. I’m a cold-water guy who prefers trout, especially steelhead. We have mutual friends and once fished together years ago. It was on my turf and we were after bass. The conversations were far better than the fishing.

This time, I was feeling a little pressure. Johnson, who had attended a conference in Duluth the previous day, came up the North Shore to try steelhead fishing for the first time. I wanted to make sure he had a good experience and hopefully tangled with a fish or two. The weather was conspiring against us. A long, hard rain the previous day left the rivers running high, cold and dirty; challenging fishing conditions.

We started the morning on a stream running through a deep, shadowed canyon. When we clambered down to the creek, we discovered the entire canyon floor was covered with two feet of shelf ice right to the water’s edge. In addition, the creek was too high to wade across, a necessity in the close confines of the canyon. After a few minutes of fruitless fishing, we climbed back out of the canyon to try somewhere else.

That somewhere was a tiny creek which may be just right when the water is high everywhere else. It was flowing strong with enough cloudiness in the water to conceal any steelhead if might contain. I put Johnson in the best spot and tried the second-best one myself. Neither of us had a bite. Before long, we were on the move again.

The next stop was for lunch at a country store that serves hot sandwiches. There I learned that Johnson, who is blind in one eye, served as a Marine sniper during the Vietnam War. He talked about growing up in Iowa during the Soil Bank era, when pheasants were super-abundant. On the opening day of hunting season, he and other boys would quickly shoot their limit of pheasants and then take them to the bar in town, where they would sell the birds to city “hunters” who never made it beyond the bar-stool. It was a different world back then.

We changed strategy after lunch, heading for a big river that was less affected by the previous day’s rain. Since Johnson’s home water is the Mississippi River north of the Twin Cities, I knew he wouldn’t be intimidated by this river’s deep water and strong currents. No one was around (the benefit of fishing midweek), so we started out in one of my favorite pools, where a long, deep eddy runs along the bank.

Johnson is a fly-fisher, so he was using a floating fly line with a yarn fly suspended beneath a strike indicator. The rig was weighted with tiny shot to bring the fly to the bottom. In contrast, I was also using a yarn fly weighted with shot, but my fly reel was loaded with monofilament line: an old-school North Shore drift rig.

We hadn’t been fishing for more than a few minutes when I hooked a fish. (Full disclosure: Actually, I thought it was rock and was caught off guard when the “rock” began to move.) The fish was gone in an instant, but served as a pick-me-up on a slow day. Where there was one, perhaps there was another.

Until now, I’d kept my secret weapon in my fishing jacket, but now was the time to employ it. I slipped on spawn sack on the hook. When the water is high and cold, using the real thing can make a difference. It wasn’t long before I landed and released a four-pound steelhead. Soon afterward, I missed a hard strike and then, stepping a few feet upstream, caught a 10-inch brook trout. The spawn sack was working.

Some fly-fishers are insufferable purists. I didn’t know if Johnson was one of them. Taking a chance, I suggested he spool some monofilament over his fly line and switch to a drift rig like mine. Then I asked if he’d like to try a spawn sack.

“When was the last time you used bait?” I asked.

With a quizzical look he answered, “I dunno. It’s been years.”

He moved up to where I’d been fishing, while I tried his spot. A fellow angler walked down to the river and then sat on a rock to chat. Johnson’s drifting technique looked just fine, but after 20 minutes or so without a strike, I could see he was ready move to another spot. Then it happened. His fly rod bent into a bow. Near the center of the river, a steelhead leapt clear of the water. And then did it again. Within a few minutes, Johnson was holding his first North Shore steelhead in his hands.

After congratulations, handshakes and photos, we went back to the fishing. We tried another pool, where you have to cast over the fast current to fish a deep eddy behind a rock island at center stream. After watching how I fished the spot, Johnson gave it whirl. It wasn’t long before he was fast to his second fish, which was larger than the first one. He held his own with the tough trout, until it headed downstream. Then he stood with his arm outstretched, his fly rod deeply bowed. There was a crack like a pistol shot when his line broke. The monofilament he’d added to his reel had become jammed between the coils of fly line beneath it. Such is a fisherman’s luck.

But luck is what you make of it. Johnson was lucky to land a steelhead his first time out, but that was also due to his considerable angling skill. His real lucky break was that the big one got away. A fish like that stays with you and haunts your dreams. Johnson’s first steelhead probably won’t be his last. He left for home planning his next North Shore visit. 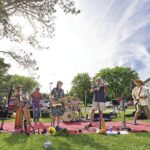 SplinterTones: Music to Make You Move 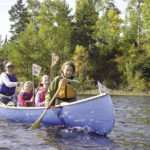