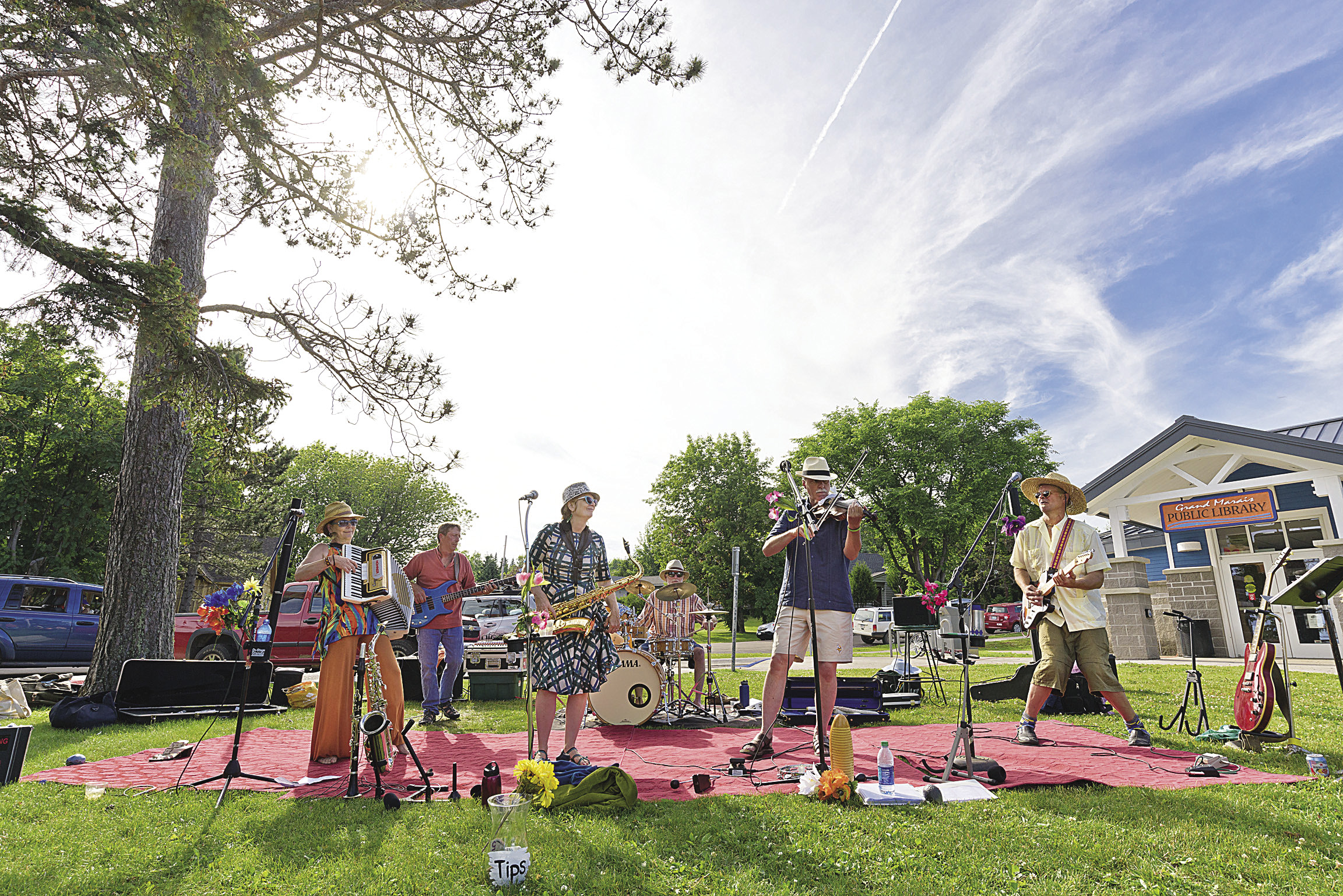 To celebrate the release of their first CD, the SplinterTones performed outside the Grand Marais Public Library. | SPLINTERTONES

To celebrate the release of their first CD, the SplinterTones performed outside the Grand Marais Public Library. | SPLINTERTONES

The SplinterTones know the North Shore. The group’s winding path to their current member cohort is more than 20 years in the making and includes time spent playing as Over the Waterfall and the Splinters. About four years ago, a merger with the Sivertones created the group—cleverly named the SplinterTones—that exists today.

A zydeco style and dance music that is uniquely eclectic and upbeat inevitably gets audiences across Cook County on their feet. According to the band, the “uppity blend of hep and snappy tunes is…noted for their vibrant vocal harmonies, colorful stage presence and strong rhythmic grooves.” The sound is jazzy, with a lot of swing and some Latin influences.

Good vibes and positive feedback from their community of “SplintHeads” keeps the six piece going strong. Leah Thomas, Rick Brandenburg, Jeff DeShaw, Max Bichel, Liz Sivertson and John Gruber grace the stage at least a few times a month in the summertime. The group jams on a myriad of instruments to include an accordion, drums, bass, violin, saxophone, clarinet and guitar. Performances typically take place in Grand Marais; nights at Grandma Ray’s and afternoons in Harbor Park for special events, like Fourth of July and Fisherman’s Picnic in August, are standard year-after-year.

“Performing definitely is a way to bring your sound to another level because it’s just different than rehearsing,” said Gruber.

Though performances are a good way to showcase skills, the SplinterTones are good at not losing sight of what really gels them together.

“If I was going to put a title on the description of the band, it would be ‘Just for the Fun of It’,” he said. “As much as we get enamored with our music, we get reminded that it’s just for fun. The most fun is getting together to rehearse and just play.”

That sentiment was echoed by accordionist and vocalist Thomas.

“I love that feeling of camaraderie. The main thing for me is that I’m playing music with people I love to play music with,” explained Thomas. “We have a really good time and we want everyone up on their feet dancing.”

Along with playing her instrument as part of the performances, Thomas also contributes as a songwriter for the band. She is constantly impressed by the ability of the group to bring her songs to life.

“One thing I find really fulfilling is that I can come up with a song, bring it to the group, and within a couple of weeks they’ve fleshed out their parts and it’s turned into something,” she said.

The release of the group’s first CD was a community event that took place on a sunny day outside of the Grand Marais Public Library. The future includes a second CD to be released in the coming months.

Notable past performances have included an appearance on the Venture North television program and a months-long Greater Minnesota Town Hall Tour. They have also played for Minnesota Public Radio and various other stations.

“SplintHeads” can find more information about the group and a list of upcoming performances on splintertones.com. 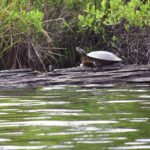 For the Love of Swamps 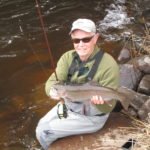 Sometimes a fisherman gets lucky