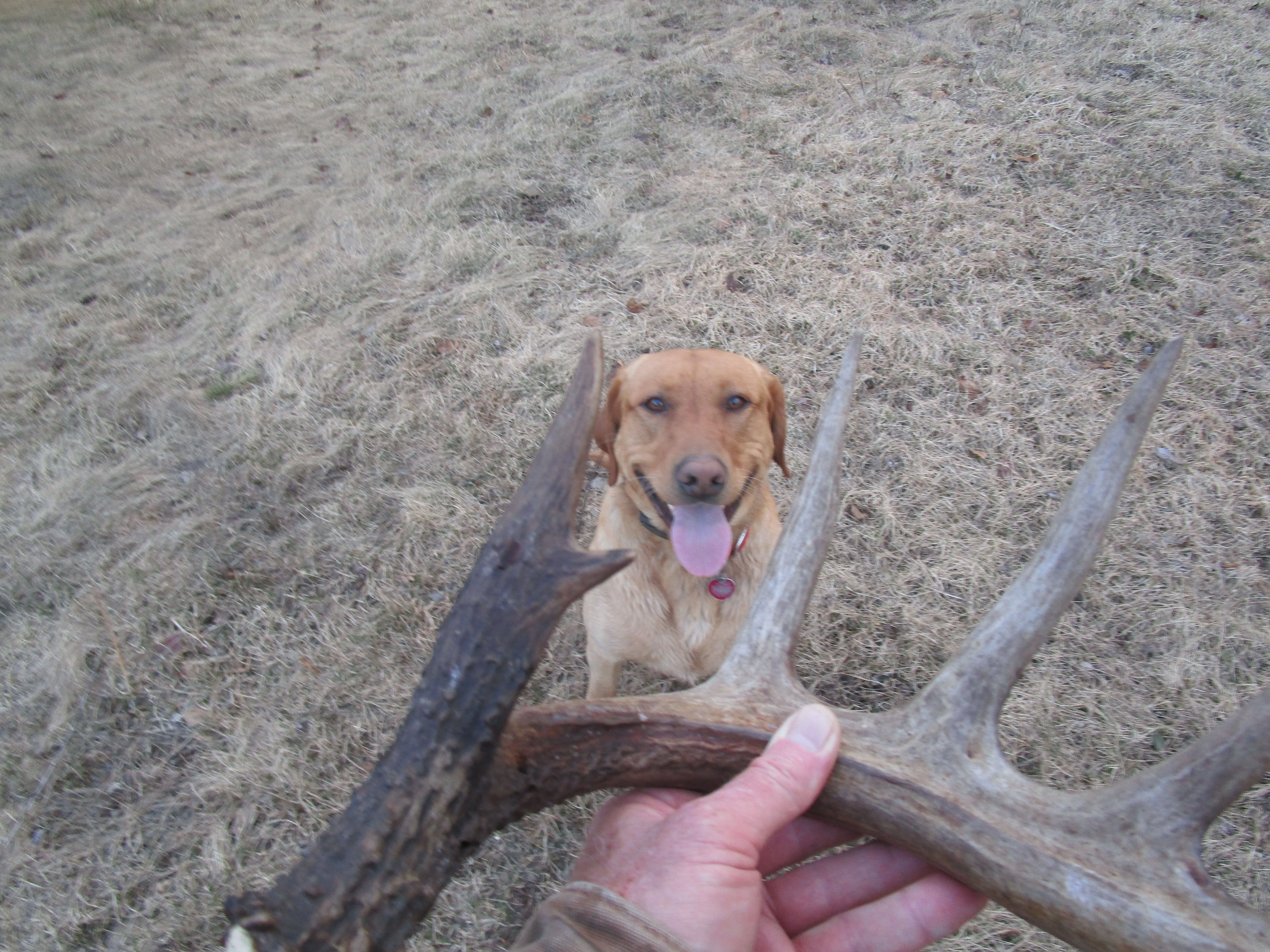 “I don’t understand why folks look for shed antlers,” said a friend during a recent telephone conversation. “Do you look for antlers?”

My friend spends lots of time outdoors with his two yellow Labs. Most of his daily hikes take place in a populated area where there are deer and lots of shed hunters. In such circumstances, he or his Labs are unlikely to happen upon many antlers. In contrast, I live in the woods, where I can roam with my two yellow Labs to my heart’s content on public land. Shed hunters exist, some far more diligent than me, but there’s a lot of ground out there.

“For me it’s an excuse to go for long walks to places I’d never see otherwise,” I told my friend.

I’ve made these springtime hikes for many years. Back when moose were abundant, I was more serious about finding the antlers bulls dropped the previous winter. These days, I’m often surprised at how far I can go while seeing little or no moose sign. But I still enjoy walking in the woods when there is no foliage and it is relatively easy to cover some ground. It beats taking my pups to the dog park in town.

Over the years, my various dogs were mostly indifferent to antlers. Rainy, my young yellow Lab, is the first to show interest in antler hunting, probably because I’ve given him antlers as chew toys since he was a pup. Last year he found a handful of deer and moose antlers, carrying them as proudly as he does a rooster pheasant. This spring so far, he’s only found the skull cap of a forkhorn—the remnant of a wolf kill. He seemed a little jealous the other night when I found a hefty, five-point whitetail antler. Now that the snow has finally melted (we still get real winters up here), perhaps Rainy’s antler-finding luck will improve.

Serious antler hunters have strategies for finding sheds. Those after moose antlers may pour over aerial maps or study GoogleEarth to find openings and disturbances such as recent logging harvests or burns where new sapling growth provides an abundance of browse. Winter yarding areas and sunny hillsides are good places to look for whitetail antlers. Hardcore hunters comb these hotspots to look at every square foot of ground. In the absence of moose, I’m not that hardcore anymore. Mostly I meander through the good spots, scanning the area around me.

The lack of moose doesn’t mean a lack of competition for the few antlers that are out there. Shed antler hunting seems to be more popular than ever. Generally, I don’t wander around places where other folks are likely to go. Instead I head for out-of-the-way locations, which are always more interesting anyway.

If my sole objective was to find moose antlers, I would have given up this endeavor years ago. Even back when I consistently happened upon them, my success could be measured in miles walked per antler. Besides, you never know what you may find. Last week I picked up a piece of quartz that may be an arrowhead and a tubular geode filled with tiny amethyst crystals. Are you rolling your eyes? Well, what did you find on your last walk?

Walks in the woods are all about what you see or discover. Not far from home on a workday evening, I found the aforementioned five-point deer antler shortly after leaving the truck. Next, I slipped down to a mostly frozen beaver pond where a pair of trumpeter swans, two Canada geese and a few mallards were feeding in a pocket of open water or loitering on the ice. More walking led to a second, open pond where I flushed a pair of hooded mergansers. Then my 13-year-old yellow Lab showed up his youthful canine companion by flushing a grouse. From there we discovered one deer stand and then another. At both stands, somebody had made the effort to cut down all the brush within a 50-yard radius. From there we looped back out to the road where the truck was parked. Along the way each of the dogs found a deer leg, presumably from a wolf kill, which they carried to the truck. All in all, it wasn’t bad for an hour in the woods. The deer legs, by the way, did not come home with us.

What do I do with the antlers that I find? Back when I used to find about a dozen moose antlers every spring, I sold them to a fur buyer, receiving up to $12 per pound. Today my finds either wind up in the garage or become chew toys for the dogs. As the latter, antlers do wonders for removing the tartar from dogs’ teeth.

Some shed hunters keep every antler they find. Whatever motivates folks to look for antlers also inspires a hoarding instinct. In just a few years, this hoarding can result in an impressive collection of antlers, but what is the point? All the antlers do is take up space in the garage or a storage shed.

Some folks use antlers to make lamps, chandeliers or furniture. Others nail them above their garage door. I’ve seen moose antlers with exquisite (and expensive) scenes carved into them. My antler collection includes a couple of moose sheds that are suitable for carving, but I’ve never sought a carver to work on them. My ceilings are too low for chandeliers and, to be honest, I’m unlikely to ever make an antler lamp.

Last summer I loaned a canoe to two women who were taking a wild ricing class. When they returned it, they talked about their adventure, which did not include seeing a moose. One of the women was a friend. The other was from southern Wisconsin and had travelled to Grand Marais just to take the wild rice class. She seemed interested in moose and on a whim, I gave her an antler.

“I’ll probably paint it,” she said, perhaps thinking I might disapprove.

It felt good to pass it on.

Could Cook County Grow its Own? 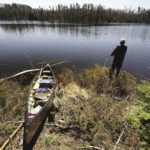