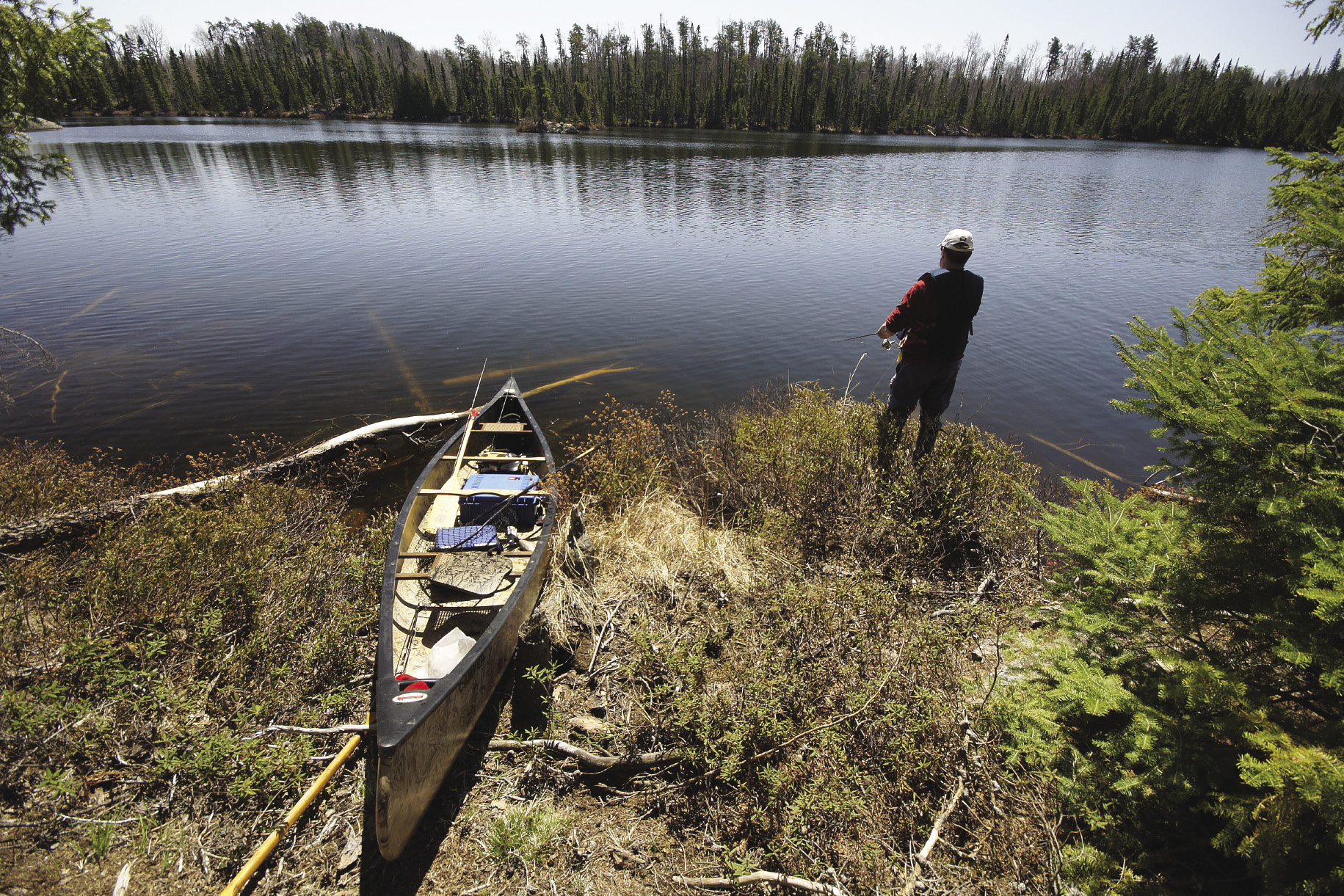 Canoes allow people to access some of the north’s most beautiful lakes. | GORD ELLIS

Canoes allow people to access some of the north’s most beautiful lakes. | GORD ELLIS

If you like to fish small lakes, whether it be for bass, walleye, trout or pike, it’s pretty tough to beat fishing from a canoe. I know kayaks are fun too, and they have become all the rage. But I really haven’t had a lot of experience fishing from them. One of these days…

In the meantime, there is the canoe. They really are a great craft for fishing. Plus you can do away with about 90 percent of the stuff boat anglers have to worry about. There is generally no trailer, and if you have a motor, it’s small. The layout of a canoe is such that you can’t overload it with gear. Canoes are also highly portable. Even the heaviest, gnarliest old aluminum scow is half the weight of a 14-foot boat. A person of pretty average strength can generally carry a canoe a little ways. If you are in reasonable shape, you can likely carry it a long ways. This portability allows you to access some pretty amazing places and lakes, and find fish that other people miss.

I’ve had so many great experiences fishing from a canoe that it’s hard to pick out just one. I recall, a couple of decades ago, exploring a little jewel of a spec lake that was within sight of the bush road, but lacked trail access. Getting into the lake required more dragging than carrying, and it was not super fun. However, when I finally got to the lake I could just tell it was going to be good. The water was cold, clear and teaming with life. Bugs were hatching, frogs were croaking and big schools of minnows were swimming about. And did I mention the trout that were swirling? Brookies were up in the Labrador tea, feeding heavily and being very noisy about it. My partner and I quietly got into the canoe and paddled to within casting range of the fish. The first trout came on a small spoon and weighed about 4-pounds. The second one, which nailed a large panther martin spinner, topped 8-pounds. Those two fish were it for the morning. But you haven’t really lived until you’ve seen an 8-pound brookie laying in the bottom of a canoe.

One of the great things about canoe fishing is that you can angle with a partner very successfully. With one person casting at the bow and another at the stern, there is little worry about crossing lines or hooking each other. It is possible, of course, but a little mindfulness in the canoe goes a long way. You can, of course, choose to take turns, with one person paddling and the other casting. This technique can be very rewarding, as it give ones person the chance to focus on fishing, while the other person keeps the canoe in prime areas. You take turns after a certain period of time, or after each fish, whichever comes first.

There are also times when fishing from a canoe can be a real challenge. This comes into play when big fish are on the menu. When I think about landing large fish in a canoe, my mind always turns back to a canoe trip with my father on the Albany River. I hooked into a mammoth pike and remember it swimming under the canoe. The snout could be seen on one side of the craft, the tail on the other. At the time, it was the largest pike I’d ever seen, never mind hooked. Both my father and I had serious trepidation about putting the huge fish in the square stern. Yet I somehow managed to grab it from behind and lift it up. It was 44 inches long and is still the biggest fish I’ve ever landed from a canoe. Be warned though, a fish of that size can cause some serious mayhem in a canoe if it decides to go bonkers.

That big fish story makes a good segue into talking about safety when fishing in a canoe. It’s my belief that the simplest way to keep a disaster from happening on the water is to wear a Personal Flotation Device (PFD). Although tipping a canoe is relatively rare, the odds are high it will happen at some point in your fishing career. Sometimes, you tip for the weirdest reasons. Having a life jacket on helps to avoid drowning. Just wear it. You should also be very wary of standing in a canoe. Most of the time, standing is a really bad idea. I’ll never forget being on a fly-in trip with an angler who kept insisting on standing up in the canoe every time he hooked a fish or got a snag. I told him he was going to flip us. Somehow, we avoided that fate, although he did end up falling right out of the canoe and into the lake. Luckily, he was wearing a PFD.

Fishing from a canoe is largely a silent undertaking. This allows you to blend in with the surroundings. You can generally sneak up on feeding moose or loons, and get quite close before they become wary. Silence is also your friend when fishing, of course. There is no better way to get close to feeding fish. 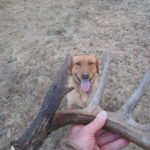 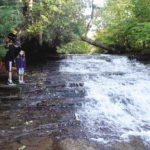