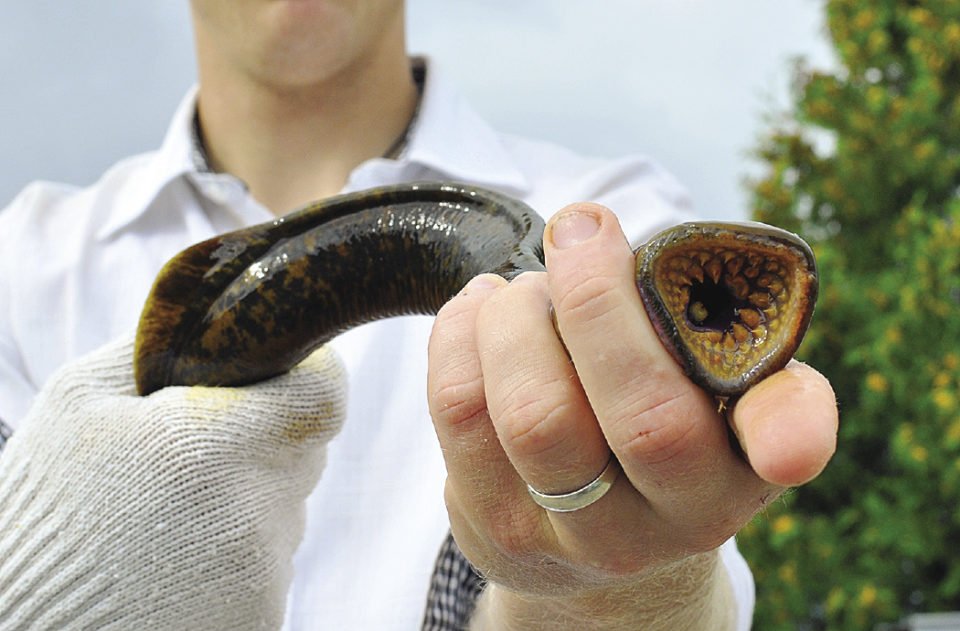 With a mouth like a rasp file, sea lamprey attach to fish in Lake Superior to feed, literally sucking the life out of the host fish. | USFWS

The completion of the St. Lawrence Seaway in the mid-20th Century forever changed the Great Lakes. The locks and canals allowed ocean-going ships to reach ports in the grain-rich Upper Midwest. The Seaway also opened up the Great Lakes ecosystem to aquatic invaders. Enter the sea lamprey.

The marine fish has a mouth like a rasp file, which it uses to attach to other fish species and then feed on them. Within the ocean environment where it evolved, the sea lamprey is simply part of the ecosystem. In the Great Lakes, it became an out-of-control monster. Soft-skinned fish such as the native lake trout were especially vulnerable to sea lamprey predation. The parasitic sea lampreys literally sucked the life out of them, leading to the collapse of lake trout populations throughout the Great Lakes.

Fortunately, lake trout were not completely eliminated in Lake Superior, as they were in the other lakes. In 1958, the U.S. and Canadian governments began there with a herculean effort to control sea lampreys and begin lake trout recovery. A chemical “lampricide” was developed to kill lamprey in the streams where they spawned. Initially, biologists thought they could eradicate lampreys in Superior first and then work their way down through the lakes. The sea lamprey proved far too resilient. Although they couldn’t be eradicated, lamprey could be controlled—with perpetual effort. Today that effort includes chemical treatments, spawning stream barriers and trapping during spawning runs.

Shawn Nowicki, unit supervisor of sea lamprey control for the U.S. Fish and Wildlife Service is based in Marquette, Mich. and responsible for the U.S. portion of Lake Superior. In a recent interview, she said that the swift, rocky streams along Minnesota’s North Shore are not significant producers of lampreys, because they lack appropriate habitat. Lamprey spawn in gravel substrate. When the young, known as larva, hatch, they seek sand, silt and detritus to burrow into. They live there for up to 10 years before emerging as parasitic juveniles. The juveniles attach to fish and may feed for more than a year before detaching and seeking out a place to spawn.

In the cold waters of Superior, sea lamprey most often spawn in late spring, although they’re occasionally observed in some Minnesota streams from May to September. Just ask Mike Hero of Grand Marais. Last July, while filming a fly-casting video for a course he teaches at the North House Folk School, he discovered spawning lampreys in the Brule River at Judge C.R. Magney State Park.

“There were big, squirming balls of them,” Hero said. “I could have scooped them up with a net.”

Unsure of the legality of doing so, he instead reported his discovery to the Minnesota DNR. From DNR staff he learned that because Minnesota North Shore streams are not considered significant lamprey producers, they are monitored and treated less frequently by USFWS crews. Their efforts focus on the South Shore, where many tributaries have an abundance of lamprey spawning habitat, sometimes miles of it. In Wisconsin’s Bad River, for instance, USFWS crews may trap anywhere from hundreds to thousands of adult lampreys during the spawning run.

Since the USFWS prioritized treatments where they can achieve the best results, Hero wondered if Minnesota anglers could catch and remove lampreys they happened upon while fishing. He is working with the DNR to get a permit so that he and other volunteers can remove and/or report sea lampreys in North Shore streams.

Hero’s lamprey sighting last year spurred the USFWS to investigate the Brule. Nowicki said the river was treated in 2019. The USFWS plans to survey the river this year. The crew will electrofish portions of the river where they can wade. In deeper water near the river mouth and in the lake in front of the river, they will use johnboats to spray granular Bayluscide, a chemical (also used for deworming) that forces lamprey to the surface where they can be collected. The purpose of the survey is to find any lamprey that may have survived last year’s treatment and set up areas for retreatment. She said it was unlikely they’ll find any lampreys, because the treatment went well last year.

“We talk daily,” she says of her Canadian counterparts. “Especially during the field season.”

U.S. and Canadian crews also work together on shared waterways like the massive St. Mary’s River, the outlet to Lake Superior.

“We assist one another on treatment as needed,” Nowicki said.

In spite of controls that keep their abundance in check, sea lampreys remain the scourge of Superior. Nowicki said the abundance of adult sea lamprey fluctuates wildly. However, in the last five years adults have increased and are now above target. The damage wrought by sea lampreys can be measured by the round scars left on fish they’ve preyed upon. Federal fisheries managers collect “marking rates” on lake trout from state, tribal and provincial fisheries agency around the lake to monitor lamprey predation. While lake trout are used as the indicator species, sea lamprey feed on many fish, from salmon and whitefish to large lake sturgeon and burbot.

Sea lamprey control has allowed Superior fisheries to recover and flourish in spite of their predation. Biologists warn that if treatment were to stop, sea lamprey populations would quickly rebound. Control efforts were reduced in the 1990s and lamprey numbers increased. When lamprey treatments were stepped up, it took several years to knock down lamprey numbers.

Nowicki said that while the North Shore doesn’t produce significant numbers of sea lamprey, one Minnesota waterway does concern her. Currently, the contaminated bottom sediments of the St. Louis River at Duluth are not conducive to spawning lampreys, but that will change as ongoing restoration work rehabilitates the ecosystem. Crews have found a small population of larva just below the Fond du Lac Dam, which is the upstream barrier for fish migrating from Lake Superior. As the river cleans up downstream from the dam, lampreys may gain new spawning habitat. 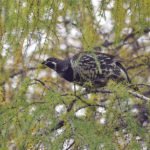 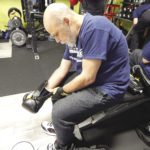