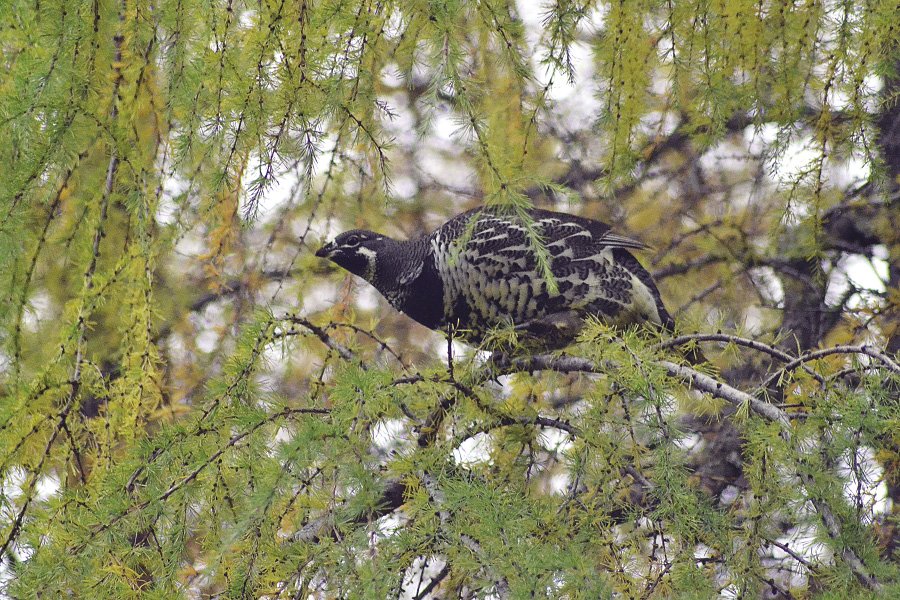 A spruce grouse perched in a tamarack tree. | JOE SHEAD

A dedicated group of citizen scientists will again assist professional wildlife biologists this spring to gauge how many spruce grouse inhabit the forests of northern Minnesota.

Spruce grouse (Falcipennis canadensis) inhabit coniferous forests across northern North America and are at the southern edge of their range in the northern Great Lakes states. Biologists are trying to establish a population index so they can be aware of any population changes over time.

“Prior to the survey, we didn’t have any data to know if they were stable, declining or increasing,” said Charlotte Roy, grouse project leader with the Minnesota DNR.

This will be the third year of the annual survey. Biologists from the Minnesota DNR, Grand Portage Band of Lake Superior Chippewa, Leech Lake Band of Ojibwe, Red Lake Band of Chippewa and 1854 Treaty Authority, along with representatives from the Superior and Chippewa national forests, Vermilion Community College and volunteer citizen scientists conduct the survey.

All across spruce grouse range in northern Minnesota, participants are assigned about 10 waypoints each. Participants walk a 100-meter radius around each waypoint and count the occurrence of spruce grouse droppings they find within 1 meter of their path. Sometimes pellets are found singly; other times in piles. The number of single pellets and “roost” piles are both recorded.

In addition to the number of spruce grouse pellets, the type of tree cover, presence or lack of snow and a supplemental snowshoe hare pellet count are also noted on data sheets.

Finding droppings is easy in principle. After all, you just walk along a circle, looking at the ground. But in practice, it can be tricky. First off, the surveys are conducted as the snow recedes when only a few inches of snow remain. The idea is that the droppings are easier to see against the white backdrop and by searching when the snow is almost gone, you can see an entire winter’s worth of droppings.

To make matters more difficult, the thick conifers that spruce grouse dwell in form an almost impenetrable barrier of branches that participants must navigate, climbing over fallen trees and ducking under branches as dead needles cascade down their backs. Sometimes just walking is hard enough, but all the while, participants have to keep their eyes peeled for droppings, which are generally 1.5 inches long or less.

Minnesota is unique among the Great Lakes states in that spruce grouse hunting is allowed. Spruce grouse are classified as “threatened” in Wisconsin and as a “species of special concern” in Michigan. Minnesota hunters kill a few thousand spruce grouse each year, compared to hundreds of thousands of ruffed grouse. However, Roy cautions that harvest estimates derived from hunter surveys are probably not accurate representations of the actual spruce grouse population.

Hopefully, this survey should shed some light on how many spruce grouse live in Minnesota. 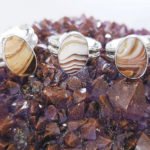 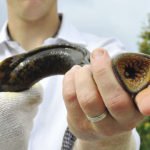