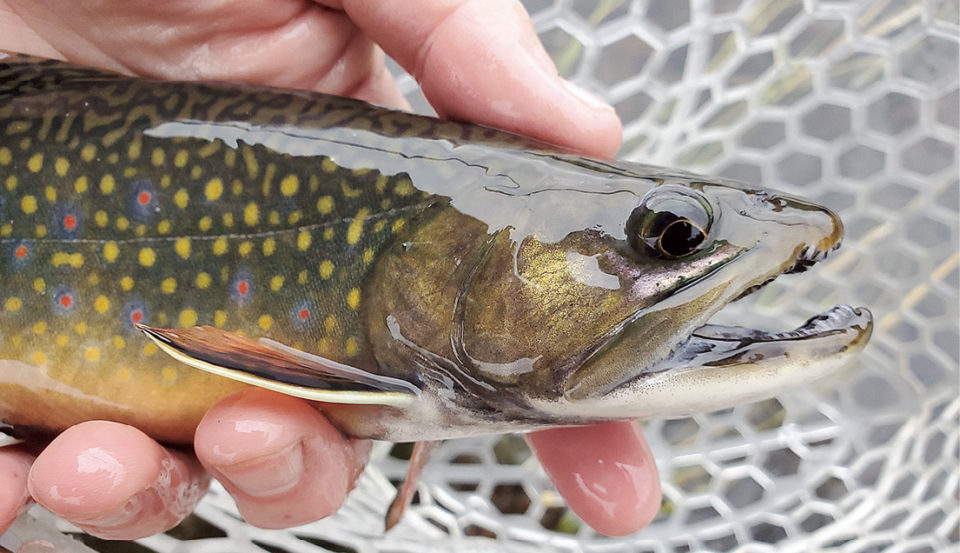 A couple of groups I follow on Facebook are devoted to native fish, primarily brook trout, but actually native fish of all species. The groups make a distinction that many anglers and even some fisheries biologists do not. Being spawned in the water where it lives may make a fish wild, but not necessarily native. A fish that has always existed in a watershed and was not introduced there by human activity, primarily within the last 150 years or so, is a wild fish. Introduced species may acclimate to new waters and successfully spawn there, but they forever remain species that are only there due to human efforts or mistakes.

Many anglers and even fisheries biologists take non-native fish introductions for granted and even perpetuate their existence, even if it limits or destroys native fish. However, a minority of folks not only attempt to maintain the very few waters where non-native fish haven’t been introduced, but, in the very few places where it is possible, try to eliminate non-natives and restore pure native waters. Recently, a couple of celebrities in the trout fishing realm took a swipe at these restoration efforts on a podcast. The response from native advocates was swift on social media but likely unnoticed by the vast majority of anglers.

The celebrities complained native restoration efforts were targeting brown trout, a popular target of fly fishers that was transported to North American waters from its native waters in Europe during the 1800s. Browns are now widespread across the North American continent, and at times displaced native brook trout and other species. While no one is proposing the eradication of browns, there are a tiny handful of waters where they, and non-native rainbow trout, can either be eliminated or reduced in number to benefit brook trout and other natives. The fly-fishing celebs scoffed at any efforts to do so, simply because they prefer to catch browns.

One water where controlling the proliferation of brown trout is probably a worthy effort is Lake Superior. Although browns are abundant along the south shore of the big lake, they are nearly nonexistent on the North Shore. The likely difference is average water temperatures. The south shore warms earlier and stays warmer through the summer. The North Shore stays cold throughout most of the summer. Another noticeable difference: coaster brook trout are nearly nonexistent on the south shore, while populations and sizes of this native are growing on the North Shore. There is reason to believe browns outcompete native brook trout.

So, what is the problem? In recent years the state of Wisconsin has stocked a strain of brown trout that seems to be well suited to Lake Superior and has been showing up in places where the species was only rarely seen previously. Browns are becoming common around Duluth. They are now being caught near Grand Marais and even in Thunder Bay. Because they are relatively large and new arrivals, they are creating some excitement in the angling community. Some anglers hope they increase in numbers. Very few, if any anglers, are asking or likely even thinking about what impact the sudden arrival of brown trout may have on the North Shore’s unique and prized coaster brook trout. Perhaps a better question is how do we prevent the spread of this non-native trout into waters where it long has been rare?

We must also point out that brown trout are by no means the only non-native salmonid found on the North Shore. Rainbow trout, called steelhead by anglers, chinook, coho and pink salmon are abundant throughout Lake Superior and spawn in tributary streams. However, we also know from over 100 years of experience that coaster brook trout can co-exist with these non-natives, an unknown with brown. We do know that small stream brook trout can co-exist with browns in south shore tributaries such as Wisconsin’s Bois Brule River, but coasters are nonexistent. Why take chances with the last remaining coaster brook trout population in the Great Lakes?

We also have plenty of experience to tell us the best intentions of biologists and anglers to introduce non-natives to new waters often have disastrous results. Want examples? Let’s begin with the common carp, brought from the Old World to the New World as a desired food source. It turned out folks over here didn’t enjoy eating the bony carp, which exploded in abundance as it mowed down native aquatic vegetation with a voracious appetite, muddying once clear waters and displacing desirable native fish, plants and even aquatic dependent birds and other species. Today, just in Minnesota, we’ve spent millions in public funds to keep carp populations in check.

Want a closer to home example? How about the introduction, primarily in the early years of tourism, of walleyes and smallmouth bass to northern lakes where native game fish were limited to lake trout and northern pike. While pike seemed to get along with the newcomers, lake trout did not. Walleyes and bass out competed lakers, sometimes to the point of completely eliminating the native. The newcomers proved to be popular with tourists because they were easier to catch than lakers, which sought deep, cold waters during the primary summer tourist season.

These observations are by no means a cry to eliminate non-native fish, something that is not possible or affordable. But anglers and especially fisheries managers ought to begin moving away from the practice of dumping non-native fish in waters where they never existed or may harm existing native species. I’ve experienced the significant decline of native lake trout, and even non-native trout and walleye, occurring in lakes I once enjoyed fishing after the arrival, by unknown means, of smallmouth bass. Wisconsin stocks splake, a hatchery-produced cross of lake trout and brook trout, into Lake Superior where both parent species are native. While splake are supposedly infertile and popular with anglers, is this a good idea? For that matter, is it a good idea for some agencies to stock hatchery-produced brook trout in Superior, even if the original hatchery broodstock were wild fish captured from the big lake? There is plenty of science showing that hatchery-raised fish tend to be best suited for an artificial environment and may even diminish the viability of native fish if they spawn with them in the wild.

What we know is that protecting fish habitat by keeping it in or returning it to a natural state, preventing the overharvest of fish and avoiding the introduction of non-native or hatchery-produced fish are the best things we can do to perpetuate native species. Nature is pretty good at taking care of itself if we allow it to do so. 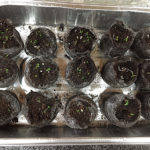 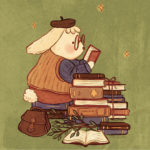