It takes neighbors to make a neighborhood. Years ago, we rented a duplex unit in a Twin Cities suburb. It was on a quiet street with lots of young families. All the kids played outside. And they were good kids.

Change happened quickly. When we came home after a weekend away, a neighbor told us there had been five cop cars in our driveway on Saturday night, paying a visit to the new guy next door. Then a lout moved in across the street and spent his day shouting obscenities at the neighborhood kids. Fortunately, we moved on not long after he arrived.

I started thinking about the old neighborhood while reading a story about deer management in Wisconsin. The story, “DNR denial can’t change CWD truths,” was by veteran outdoor writer Patrick Durkin. He reports that the Wisconsin DNR’s 2015 chronic wasting disease (CWD) monitoring found an infection rate of 9.5 percent in free-ranging whitetails. This marks the state’s tenth annual increase in CWD infections.

Although mad cow disease is transmissible to humans, CWD to date has not been found in other animals or people. That said, many folks, myself included, don’t want to eat CWD-infected venison. Obviously, if CWD becomes widespread in a deer population it may change deer hunting as we know it.

While it is widely believed that CWD has moved from place to place with captive deer, many in the deer farming industry dispute this. But we do know the disease is transmitted from one animal to another via close contact, such as in captivity or a feeding or baiting site for wild deer. The causal agent is a prion, an abnormal protein, which is passed from one deer to another in saliva and other bodily fluids. These prions also pass into the environment from the bodily fluids of an infected deer or from the remains of an infected deer that has died. The prions remain in the environment for a long time, which means once CWD shows up somewhere, it never goes away.

Knowing this, Minnesota has moved quickly and aggressively in the few instances where a CWD-infected animal was found in the state, closing infected deer farms and greatly reducing wild deer numbers where the disease was found. While this may mean poor hunting in a local area for a few years, the aggressive action prevents the disease from getting a foothold in free-ranging deer or in the environment. Wisconsin is taking a different approach. Durkin reports that since 2010, the state legislature and the DNR have cut scientists and funding for the CWD monitoring program. This is an issue of leadership, not poor deer management by the DNR’s professionals. But the end result is Wisconsin simply isn’t taking CWD and the risk it presents to deer and the future of deer hunting seriously.

CWD isn’t found statewide in Wisconsin, but in the places where it does occur, the disease is increasingly prevalent in the wild deer population and spreading to larger areas. Durkin presents some grim statistics. Consider the following:

CWD can infect deer of all ages, but the likelihood increases with time. In Iowa County during 2015:

These numbers are sobering and downright scary. It would be interesting to know what Iowa County deer hunters think about the CWD situation there. If CWD became that common in the county where I hunt, I’d hang up my rifle. Even though there is no evidence the disease can pass to humans, I’ve no desire to hunt sick deer.

But I really wonder if that day is coming. Since Wisconsin’s leadership has chosen to just shrug its shoulders at its CWD problem and not get serious about eradicating the disease or controlling its spread through the state’s deer herd, it seems inevitable that eventually CWD-infected deer will reach the Minnesota border. Then Wisconsin’s problem becomes our problem.

So far, CWD doesn’t seem to have dampened Wisconsin hunters’ enthusiasm for deer hunting, perhaps because most of the state remains CWD free. But given the growth of CWD infection rates in the past decade, it seems likely to expand ever more rapidly. Durkin reports deer hunting generated $1.5 billion in hunting-related business annually. You’d think someone in a leadership role would be concerned about the potential to upset that economic applecart.

Hopefully, Minnesota’s leaders are paying attention to what is happening in Wisconsin, even though there is little they can do to change our neighbor’s inadequate response to CWD. Maybe Minnesota and Wisconsin’s other neighbors, Michigan, Illinois and Iowa, could send a strongly worded letter to the Governor and DNR commissioner demanding that they make a better effort to curb the spread of CWD. At present, Wisconsin is placing the deer herds in each of those states at risk.

It takes neighbors to make a neighborhood. All it takes is one neighbor who doesn’t take care of their place to drag the whole neighborhood down. When it comes to CWD, Wisconsin is that neighbor. 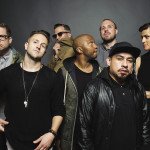