Some folks just won’t take no for answer. Less than a month after the armed takeover of Malheur National Wildlife Refuge ended with many of the occupiers in jail, the Theodore Roosevelt Conservation Partnership issued a press release stating the House Natural Resources Committee’s subcommittee on Federal Lands was discussing bills that promote the idea of transferring America’s public lands to individual states. One of the demands of the refuge occupiers was for the federally owned refuge to be transferred to the county; a slightly different twist on the same agenda—wresting federal lands out of public ownership.

This agenda is a frontal assault on hunters, anglers and everyone who enjoys the outdoors. The TCRP sent subcommittee members a letter signed by 115 national and state-based hunting and fishing organizations urging lawmakers to reject attempts to seize America’s public lands. The group has also collected nearly 25,000 signatures on a petition opposing the seizure of America’s public lands and loss of sportsmen’s access.

Such a letter will certainly resonate with many members of Congress, but is unlikely to sway the authors of land transfer legislation such as Rep. Don Young (R-Alaska) and Rep. Raul Labrador (R-Idaho). Young’s H.R. 3650 would allow states to select millions of acres of national forests to be completely owned and operated by states and be managed primarily for timber production. Labrador’s H.R. 2316 would transfer management authority for large segments of national forests to “advisory committees” and exempt the lands from bedrock conservation laws like the Clean Water Act.

Now, here’s the kicker: Even though these congressmen want to take our lands away from us, they expect the American people to continue footing the bill for fighting wildfires, which currently costs over $1 billion annually. Young and Labrador seem to be promoting an agenda that serves something other than America’s best interests.

Fortunately, they are expected to make little headway, at least for now.

“Most of Congress understands public lands support a very powerful outdoor recreation economy and that we can’t afford to put that at risk,” said Steve Kline TRCP director of government relations.

However, a sticking point is other aspects of rural economies that rely on public lands are not doing as well as they once did. For example, timber production from national forests has dwindled due to endless litigation from some environmental groups and inadequate fiscal and policy support from Congress. As a result, rural communities dependent on sustainable forestry to support local loggers and mills have experienced catastrophic downturns in their economies. The lack of harvest has also contributed to a greater incidence of disease and insect damage in forests, thus increasing fire risk. All of the above has created frustration with federal forest management in rural western communities.

“The TRCP freely recognizes there is room for improvement in managing our federal lands,” Kline said. “But the solution is not to transfer the lands to states or private entities that can’t afford to manage them.”

Kline said that conservationists and the timber industry can find common ground on national forest management. Timber harvest not only supports rural communities, but creates young forest habitat desirable for many wildlife species. Kline and a timber industry representative recently met with a Republican and Democratic senators to look agreement on forest management issues.

“We’re ready to work with the timber industry folks,” he said.

While various forest interests may agree on the need for management improvements, the land transfer debate has polarized western politics. Kline said some westerners think states could do a better job of managing forests. The problem is the states don’t have mandates, as do federal agencies, to manage for multiple uses, such as outdoor recreation. Presently, some western states manage their lands to maximize profits and don’t take activities such as hunting and fishing into consideration.

Since land transfer legislation leaves the American taxpayer on the hook for wildfire control, it seems unlikely lightly populated western states can truly afford to manage and maintain millions of acres of what is now public land. What they can’t afford, they’ll have to sell to private interests. Almost certainly, the lands with the best outdoor recreation or residential development opportunities will be the first to go. This is why nearly all land transfer bills introduced in western state legislatures have been soundly defeated. Voters in those states are unwilling to give up their most treasured public lands.

“These are bad ideas that getting dismissed out of hand in western states,” Kline said.

As a resident of Maryland, Kline has a deep appreciation for the vast public lands of the West, where access to quality hunting and fishing can be had for the cost of hunting or fishing license.

“You don’t need to be a millionaire to hunt in this country,” he said. “On public lands, you can go hunting without spending a nickel.”

Such is not the case in the densely populated East. Kline’s duck hunting lease costs $2,000 per year. Even though deer are abundant in Maryland, he said it is difficult to get private land access to hunt them.

“There is no public opportunity,” he said.

Of course, the benefits of public land extend far beyond provide places to hunt, fish and recreate. Most of our nation’s fresh water supply originates on public lands. National forests and grasslands sequester carbon and perform ecological functions that provide clean air and water. Perhaps most importantly, the wide open spaces of public lands are the essence of our American identity. Since these lands currently belong to all of us, there is no compelling reason for politicians to give them up for the benefit of a few.

“Sportsmen should let their members of Congress know this is a line in the sand,” Kline said.

And you know what? He’s absolutely right. 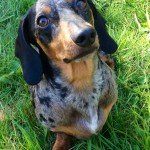 Points North: Firewood mathematics and deer of the future